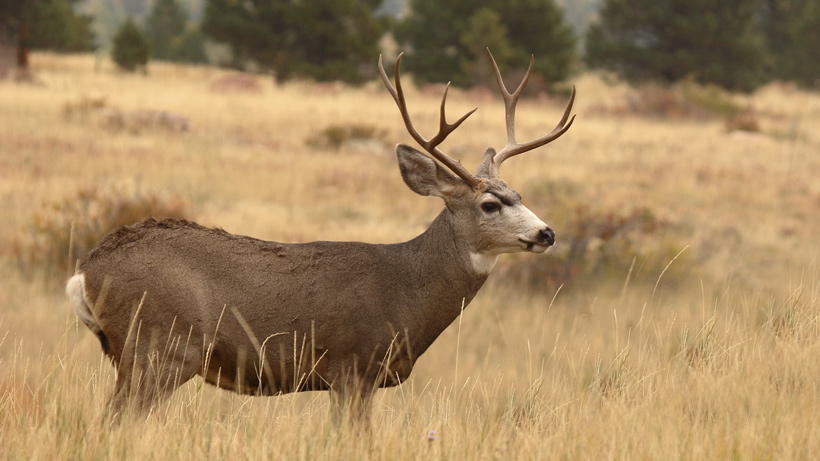 Good news: If survey numbers are correct, then North Dakota mule deer are definitely making a comeback, especially in the Badlands. North Dakota Game and Fish (NDGF) recently completed an aerial survey that counted 2,446 mule deer, the Associated Press reports. While the count is slightly lower than last year’s tally, the current fawn-to-doe ratio is at 84 fawns per 100 does, which is higher than last year’s ratio and only a bit below “the long-term average of 89 per 100.”

“This is encouraging news for continued growth of mule deer in the Badlands,” Bruce Stillings, NDGF big game biologist, told the AP. Stillings points out that the herds have had to recover significantly since 2011 after herds weathered severe winters for three consecutive years; however, fawn production has been on the upward swing since 2013.

Williams also points out that sparse mule deer numbers for that specific unit may also have something to do with mountain lions.

“While we don't have a large lion population, they do eat deer and can have a localized impact on deer numbers,” said Williams.

For the most part, though, mule deer opportunity this season is pretty good.