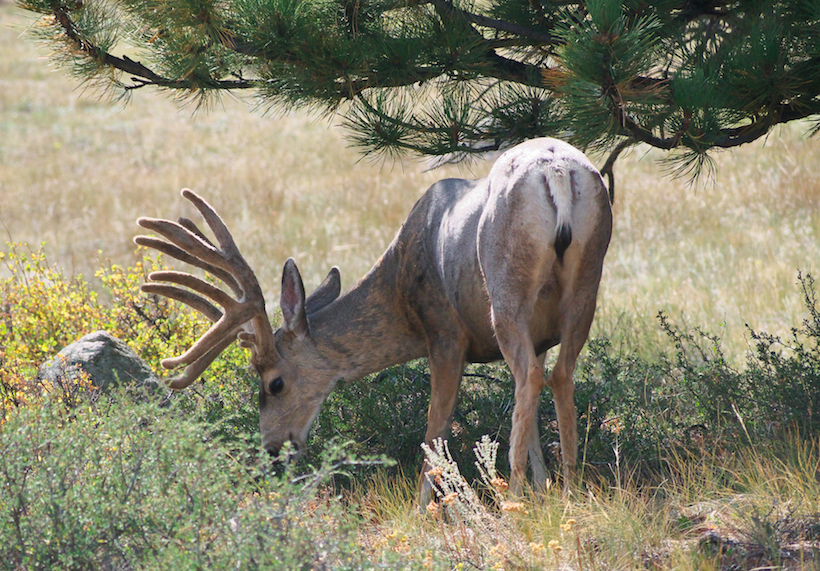 Arizona Game and Fish just announced the winners of its Big Game Super Raffle — and says that this year the raffle raised $500,000 for wildlife conservation.

The Arizona Big Game Super Raffle was launched in 2006 as a way of raising money to benefit the state’s big game species. The raffle itself is overseen by a volunteer board of directors made up of representatives from sponsoring organizations.

Here is how it works. Each year, the Arizona Game and Fish Commission awards one Special Big Game License Tag to the Arizona Big Game Super Raffle. This includes tags for each of the 10 big game species in the state: elk, mule deer, white-tailed deer, antelope, buffalo, turkey, bear, javelina, desert bighorn sheep and bison. The turkey tag is considered attractive to hunters as it is an opportunity to hunt the rare Gould’s Turkey.

The operating expenses of the raffle are covered by the sponsors and sales from two additional raffles — one for a Swarovski Optics package (fully donated by Swarovski), which includes two pairs of binoculars, a spotting scope, a range finder and a rifle scope; the other for a New Mexico Trophy Elk Hunt (donated by James Guide Service).

The winner of each big game raffle is able to hunt for 365 days almost anywhere in the state of Arizona starting August 15, 2014 through August 14, 2015, giving hunters the opportunity to harvest a trophy-class animal in full velvet.

Raffle tickets range in price from $5 to $25, depending on the species, and there is no limit to the number of raffle tickets you can purchase.

Every single dollar raised from ticket sales for each of these species goes directly to the Arizona Game and Fish Department and is managed by the Arizona Habitat Partnership Committee (AHPF) for the benefit of that particular species.

Generally speaking, wildlife conservation and management by the Arizona Game and Fish Department is made possibly by funds generated from the sales of hunting licenses, permits, tags, and funds from federal excise taxes that hunters pay on guns, ammunition and equipment.

Over the past years, however, the Big Game Super Raffle has become an important source of additional revenue. Here is a breakdown of the past seven years of revenue raised from the big game raffle.

Arizona is not the only state with a raffle. Idaho, Montana, Wyoming, Oregon and Washington hold big game raffles as well.