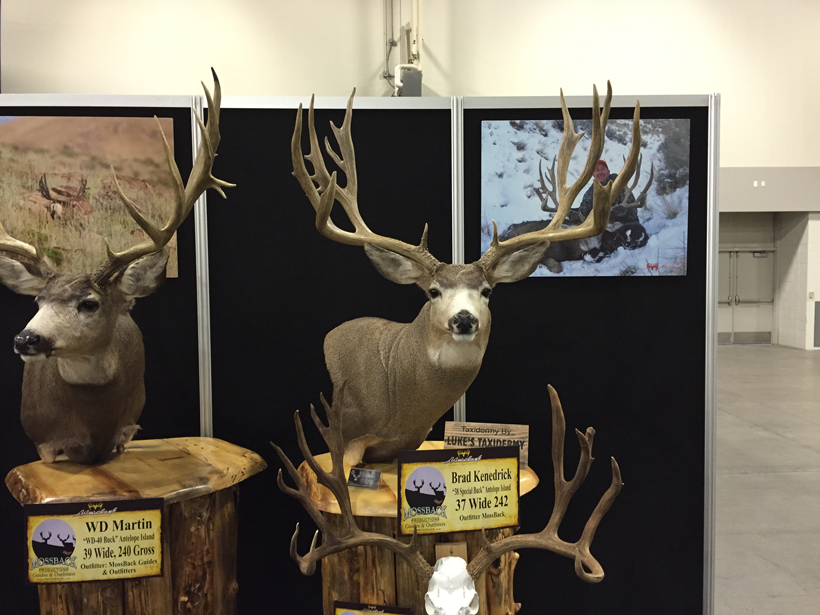 Recently, a 24-year-old from Prince George, British Columbia, paid $390,000 in the winning bid to hunt one mule deer buck in Antelope Island State Park, setting a new world record for the highest bid. Troy Lorenz, the winner of the auction, made the bid during the annual Western Hunting & Conservation Expo held at the Salt Palace Convention Center last weekend. While big bucks bring big cash, the money from these auctions go towards funding various conservation projects.

"Some of the money raised from the auctions helps us run the show, but the majority of it goes to conservation projects to help all wildlife," says Miles Moretti, president and CEO of the Salt Lake City-based Mule Deer Foundation (MDF). "These auctions are helping to conserve wildlife across the country."

MDF and Sportsmen for Fish and Wildlife host the expo, which brings in hunting outfitters from all over the world. Because Antelope Island State Park’s mule deer herd is not included in Utah’s deer hunt, auctions allow hunters to bid for the exclusive tags, knowing that more mature bucks with larger racks live on the island.

Tags for Antelope Island deer and sheep are relatively new. In 2011, lawmakers agreed upon a mandate for a hunt for both mule deer and bighorn sheep that allows two tags for each species, including one permit open to the public through a lottery. According to The Salt Lake Tribune, when legislators created the hunt, they required 90% of the money raised from the deer and bighorn auction permits to be used for conservation efforts on the island; the other 10% is used for costs associated with hosting the event.

$2.1 million was generated from last weekend’s hunting permit auctions and knowing that the money will be used to help conservation efforts is a bonus to those who bid.

"There is no way we could have done the number of conservation projects on the island that we have without this money," says Jeremy Shaw, Antelope Island State Park Manager. Projects include restoring freshwater springs, installing water catchments, and planting native species like sagebrush and Mexican cliffrose.