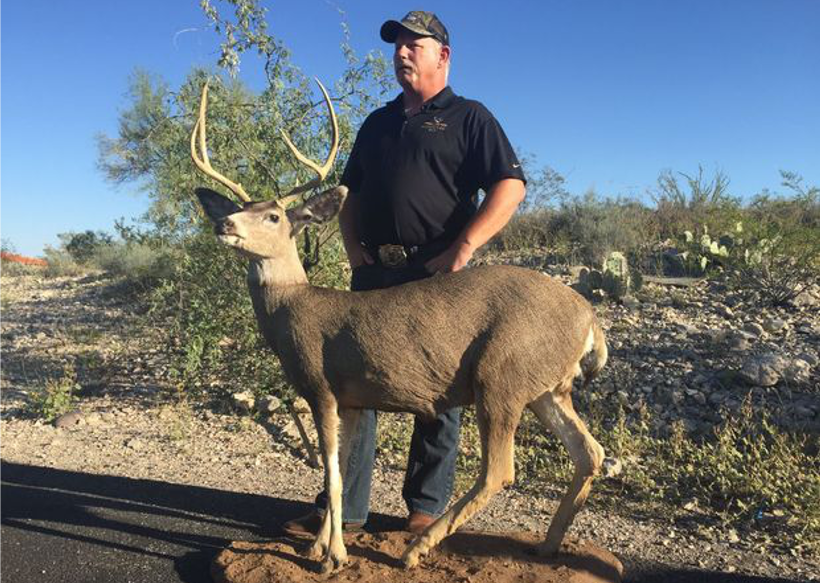 What’s part robot and part animal? Arizona’s new solution to capturing poachers in action. Earlier this week, the Arizona Game and Fish Department (AGFD) revealed its new tool to curb illegal hunting just in time for fall deer season: a robotic mule deer with real deer hide and the ability to move. Officials hope that the new decoy will trick poachers so that AGFD can catch them red-handed.

According to Gabriel Paz, AGFD’s law enforcement program manager, once tips start rolling in, officers plan to setup the robotic mule deer in the reported areas and wait for the poacher to take a shot at the robotic deer. “As soon as somebody shoots it, we’re calling out on a bullhorn,” says Paz.

While the department already employs other robotic decoys for white-tailed deer, elk and Gila monsters, they have not used a mule deer decoy in years, according to the Arizona Daily Star. Poaching appears to be on an upward swing, which is unfortunate for both the animals as well as hunters who harvest animals legally.

Arizona is not the only state to use robotic decoys. Other states across the country like South Carolina, Florida and Vermont already employ these decoys as part of routine monitoring for illegal activity.