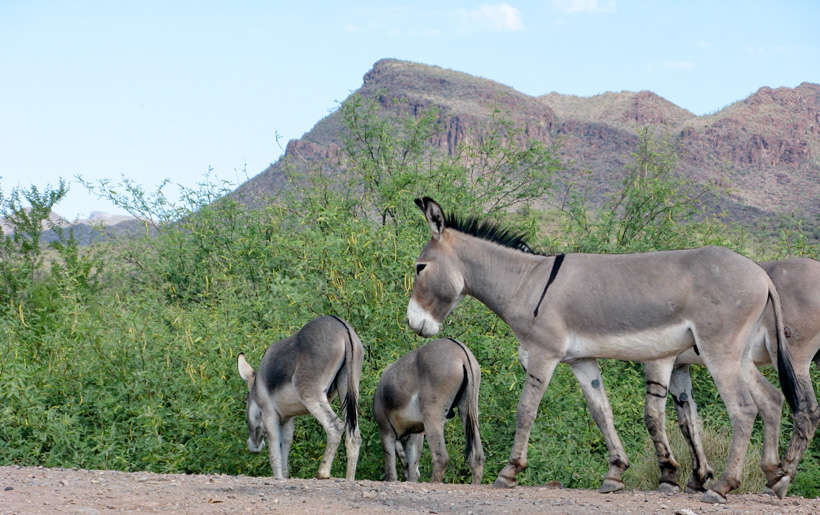 There is an increasing burro problem in Arizona and the Arizona Game and Fish Department (AGFD) wants to know what the federal government plans to do about it. The thriving invasive species is damaging wildlife habitat, crowding out native species and creating major costs to state and federal tax payers.

“We want to help the BLM solve the problem if we can,” says AGFD Regional Supervisor Pat Barber. “We’re trying to get a complete record of the data so that we can hopefully work with them to solve the issue. In the totality of the problem, burros are an easy problem to solve, while horse care and containment costs an estimated $43 million-a-year. Why not solve the problem that you can solve now?”

Yet for now, the officials at the U.S. Bureau of Land Management (BLM) remain silent, causing Arizona residents to become frustrated over the lack of action. According to HavaSunNews.com, the department submitted a public records request to the BLM several weeks ago, seeking information on how the agency plans to reduce the number of wild donkeys blanketing the state.

As goHUNT previously reported, long term habitat damage is displacing other native wildlife and dramatically impacting the state. Under the Wild Free-Roaming Horse and Burro Act, Arizona should have no more than 1,316 burros yet the state is home to more than 4,411, according to the last Game and Fish survey.

Perhaps, putting the problem in the spotlight will provide enough incentive for the BLM to make progress toward a solution.