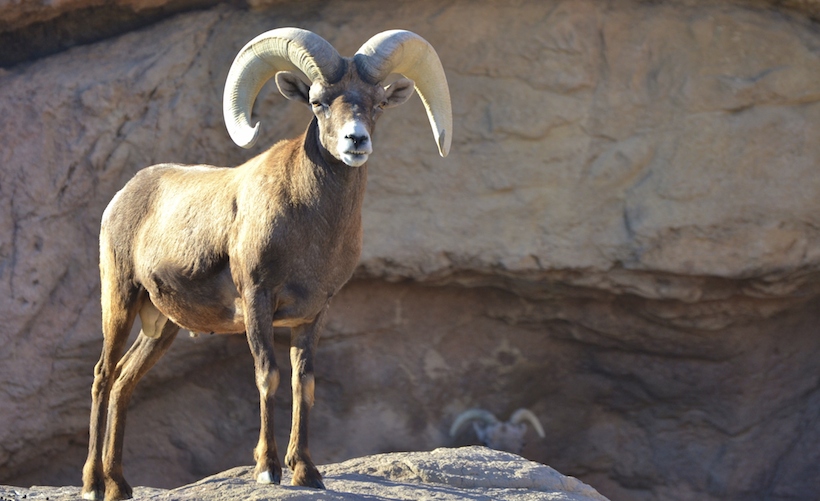 Twelve of Arizona’s Rocky Mountain bighorn sheep were recently relocated as the state continues efforts to increase its population of the species.

Just last week, wildlife officials used a drop net to capture the sheep on the Morenci Mine property, owned by Freeport McMoRan, Inc. (FMI), in southeastern Arizona. The sheep were then safely transported to the South Fork area of the Little Colorado River in eastern Arizona.

This translocation is part of the department’s Morenci Mine Rocky Mountain Bighorn Sheep Management Plan. The plan, which will be executed over the next several years, aims to bolster existing sheep numbers that are well below objective population levels, and to establish a new sheep population in a historic sheep habitat.

North American bighorn sheep once thrived in large numbers across the western United States. Over the past century, however, their populations dropped substantially. Wildlife officials estimate the current population in Arizona to be just around 6,000.

Translocation efforts to supplement or reintroduce bighorns into a historic habitat play a major role in bolstering bighorn sheep numbers. However, the success of translocated bighorn sheep is not guaranteed, with many efforts proven to be less than successful.

Last November, the Arizona Game and Fish Department initiated the first phase of a three-year plan to transplant the sheep from the Yuma region into the Catalinas. Just four months after relocating 31 bighorns by helicopter, however, 15 of the sheep were killed by mountain lions. State wildlife officials, in turn, killed two mountain lions, sparking a bevy of protests.

Yet experts maintain that this is just part of the overall risk. Newly established populations will inevitably face a number of obstacles, including disease and predation, as well as limited habitat availability. Experts believe that by learning from past mistakes and engaging in additional research, the rate of translocation mortality can be marginal. This explains why so many states, including Colorado, Montana and South Dakota, have implemented translocation programs of their own.

Since 2002, bighorn sheep from the Morenci Mine region have served as the source stock for translocations. From 2005 to 2007, several operations relocated the sheep from the mine to the West Clear Creek in Game Management Unit 6A. These efforts proved successful, allowing bighorn numbers to grow enough that the department offered four hunting permits for rams in 2014.

Removing sheep from the mine has not compromised the numbers there. In fact, the population necessitates active management to prevent the sheep from succumbing to vehicle-related mortality. Nearly 200 sheep have been killed on the nearby State Highway 191 in that past 12 years, according to the White Mountain Independent.

“It is a high priority for the department, FMI and the Arizona Department of Transportation to reduce vehicle-sheep collisions. Translocating bighorns from the mine area is one of the strategies the department uses to create safer roads for wildlife and motorists,” says Tilton.