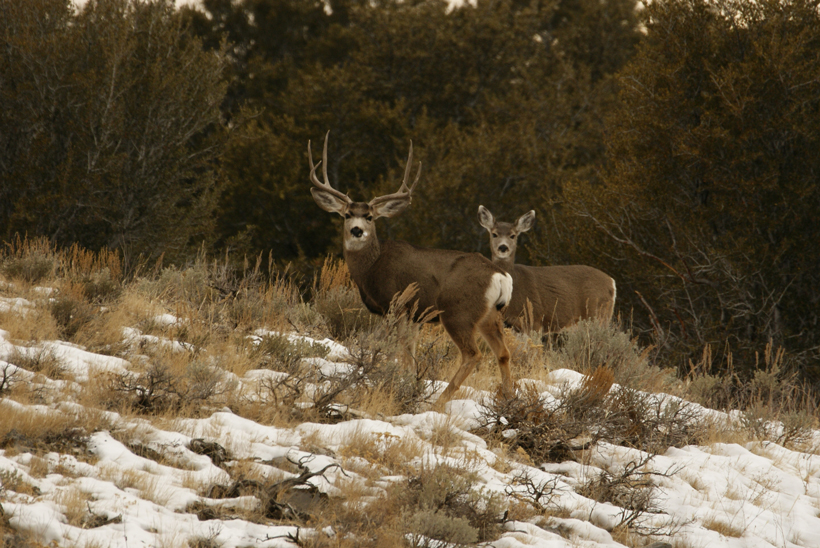 Arizona mule deer and scaled quail are about to get some help from the Arizona Game and Fish Department (AZGFD). The agency will spend more than a million dollars to improve their habitats in several parts of the state.

Using funds made available under the Wildlife Restoration Program, AZGFD is partnering with the Bureau of Land Management (BLM) to improve mule deer habitat through a series of prescribed burns that will re-open and re-invigorate some of the state’s desert shrublands that are thick with overgrown vegetation.

The Wildlife Restoration Program provides grant funds for wildlife and habitat conservation projects through a 11% federal excise tax paid by the makers of firearms, ammunition and archery equipment. AZGFD received additional funds from the Wildlife Restoration Program this year and, according to Assistant Director Jim deVos, made the decision to allocate some of the funds towards increasing the mule deer populations.

Once robust, both the mule deer and the scaled quail populations in Arizona have struggled over the past decade and are currently below population objectives.

The decline in success rate is undoubtedly correlated with the weak mule deer numbers. These numbers have largely been attributed to changing and diminishing habitat.

“One of the challenges to wildlife management agencies is to increase wildlife populations and meet the demand for both hunters and wildlife watchers. Prescribed burns, dense shrub and tree removal, and improvements to wildlife waters will help restore these habitats and improve conditions for mule deer and scaled quail,” deVos maintains.

Rather than dispersing the funds across the entire state, the agency has decided to concentrate its restoration efforts on specific habitats. AZGFD will dedicate $400,000 to improving habitat for a dwindling number of mule deer in Mohave’s vast Unit 16A. The same amount has also been pledged towards restoring mule deer habitat in central Arizona’s Units 21 and 22. The remaining $300,000 will go towards restoring quail habitat in Units 31 and 32 near Tucson.

“We’ll go into some of those units that have been chosen and do some vegetation thinning,” explained April Howard with the AGFD. “So we’ll thin out trees and shrubs in those areas that have encroached in grasslands and then we’ll also conduct prescribed burns.”

Howard said that once the treatments are completed in the specific areas, the new growth of shrubs and grasslands will become a food source for both species.