Are wolves the solution to CWD? 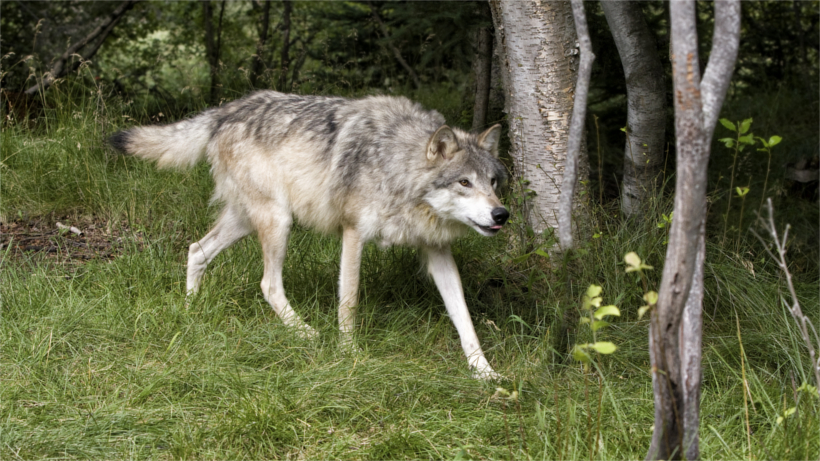 Chronic wasting disease is on the brink of invading Montana as neighboring states report the spread of the fatal disease at a rapid rate, infecting hundreds of deer, elk and moose. In Wyoming, CWD was recently confirmed near elk feeding grounds, prompting Montana lawmakers to take action and wolf advocates to advise that a healthy presence of wolves in the state may keep the disease in check.

Last week, during a Montana Fish and Wildlife Commission meeting, members of pro-wolf organizations suggested that wolves may be the natural solution to “help reduce the spread of chronic wasting disease among elk, deer and moose,” according to The Billings Gazette. In fact, keeping a healthy number of wolves doesn’t “cost us anything,” added Marc Cooke, president of Wolves of the Rockies.

“I would have to agree that wolves can be an effective control,” said former Montana Fish and Wildlife Commissioner Gary Wolfe during the meeting. Wolfe is a former program leader for the CWD Alliance, an organization that keeps tabs on where the disease is and information on how to handle it. “They are the best natural defense Montana has.”

Currently, the Montana Legislature is considering Senate Joint Resolution 9 (SJR9), which “would request a study of the potential impacts of and methods to prevent chronic wasting disease in Montana,” The Billings Gazette reports. The Senate has already passed the measure and it is now being considered by the House. SJR9 follows an unsuccessful attempt to pass SJ8, which, as goHUNT previously reported, asked Wyoming to stop supplemental feeding of elk – a measure that suggested Montana had jurisdiction over Wyoming law.

Montana is home to roughly 600 wolves that prey on deer and elk – two animals that are carriers of the disease sometimes months before an infection is detected. However, the idea that wolves could help manage the spread of disease is controversial – and one that many feel is a reach, considering the detrimental impact wolves can have on these animals, too.

Regardless, Wolfe insisted that the idea should be included, and said, “I encourage the department to make sure wolves are considered in the management of CWD.