Are wolves a solution to CWD? — some wolf advocates think so 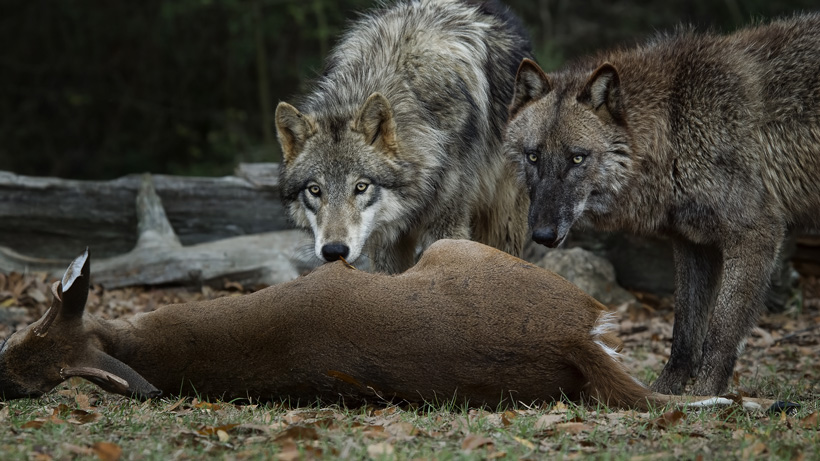 Are wolves the solution to chronic wasting disease (CWD)? According to some advocates, maybe. In fact, supporters of Colorado’s recent push to let voters decide on whether wolves should return to the state believe it’s definitely a possibility. Because wolves typically prey on weak or vulnerable animals, those in favor of wolf reintroduction say that “the logic follows they might pick off CWD-infected animals,” essentially, helping to thin herds of disease-ridden animals and stop the spread of the fatal disease, High Country News reports.

While the logic may seem reasonable, resulting in support by various groups—sportsmen and women included—not everyone believes it’s a good idea to reintroduce wolves for CWD relief. Those against a forced reintroduction say that the “predators could further harm ailing herds,” according to High Country News since CWD already impacts 31 of the state’s 54 deer herds and 16 of the state’s 43 elk herds.

“Ballot box biology is a little dangerous,” said Mark Holyoak, director of communications for the Rocky Mountain Elk Foundation. “To take this type of approach is a reckless and a really big gamble as far as what the impacts would be.”

Holyoak is referring to the current petition circulating to put the issue on the 2020 ballot. Supporters need a minimum of 124,632 valid signatures by Dec. 13 to make that happen. If it does, Colorado will be the first state to allow voters to decide this type of wildlife management issue.

Instead, according to High Country News, Holyoak would rather support the state’s current wolf strategy: let the animals come on their own. With two confirmed recent sightings, the wolves could return anyway. But if they do, will they help keep CWD under control? Some say that seems like a real stretch.

Matt Dunfee, who leads the Chronic Wasting Disease Alliance in Fort Collins, CO, believes that the return of wolves would change the ecosystem entirely, “[b]ut to claim that if we add wolves back in it will positively impact the disease prevalence in wild herds? We just don’t have enough information to know that.”