Are hunters being cyber-bullied? 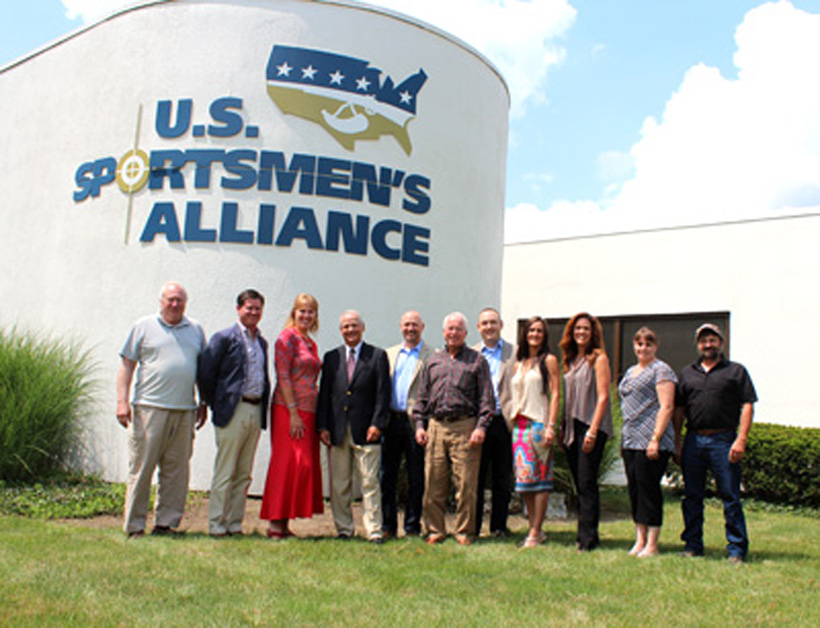 Sportsmen, conservationists and impacted individuals recently gathered at the U.S. Sportsmen’s Alliance (USSA) headquarters to form a task force that will combat cyber threats against hunters. The Hunter Advancement Task Force plans to not only stop the cyber-bullying of hunters, but to educate the public on conservation and the benefits of hunting.

“This is a great opportunity to start developing ways to hold those responsible for the recent wave of cyber-attacks against sportsmen accountable,” said Nick Pinizzotto, USSA president and CEO. “The task force is not only working to stop direct attacks on hunters but also discussing how best to educate the public on the vital role sportsmen play in the conservation of all wildlife.”

Many of the members of the Hunter Advancement Task Force have had personal experiences with cyber-bullying.

Melissa Bachman, a television producer and personality, endured countless acts of online harassment after she posted a picture of an African lion she harvested to her Facebook account. The threats came from far and wide, tormenting and even terrifying her. Some anti-hunters even showed up at her office.

Here are a few comments on social media towards Bachman that showcasing their extreme level of harassment:

Jana Waller, the star of Skull Bound TV, found herself having to defend her career after anti-hunters called her sponsors and accused her of poaching.

Even the non-celebrity hunters, such as Charisa Argys, have endured the wrath of the anti-hunting community. Earlier this year, Argys was thrust into a precarious situation when a photograph of her legally harvested mountain lion appeared online.

“My picture had been placed on an animal rights activist page,” said Argys.

That image quickly circulated as anti-hunting groups picked it up and re-posted it, along with hundreds of comments, many of which were alarmingly aggressive.

One comment read: “The only answer is to take out these psychopaths. Problem solved-animals saved.”

Another comment stated: ”You are a disgrace to those of us who respect life, human and animal. I’d love to hunt YOU and hang YOUR head on my living room wall.”

Argys is not only worried about her life, but her livelihood as well.

“This issue is going to be associated with me for the rest of my life. It is never going to go away. It’s going to be there forever. It could affect my job prospects and my life,” she explained.

In the wake of the increase in cyber-bullying a number of social media outlets have implemented new policies when it comes to what they will allow to remain online. Facebook, for example, removes any photos that are said to break a rule about “graphic images shared for sadistic effect or to celebrate or glorify violence”, as outlined in the page on FB Community Standards.

In regards to hunting, a Facebook spokesperson explained (via Mashable), “We remove reported content that promotes poaching of endangered species, the sale of animals for organized fight or content that includes extreme acts of animal abuse. Certain content, which some may find offensive, can be used to spread awareness, and we welcome dialogue about animal abuse, hunting and other animal-rights issues.”

While this approach undoubtedly leaves room for discussion and of course, disagreement, one thing is certain — cyber-bullying has become a national issue and is deserving of immediate attention. After all, there has to be a better way than threats to find resolution.

“Regardless of your beliefs about hunting, Americans can all agree that threatening someone’s life is simply unacceptable,” said Bachman.

The initial Hunter Advancement Task Force meeting was just the first of many to develop short and long-term strategies to protect hunters from cyber-bullying.