Are grizzly bears ready for delisting? 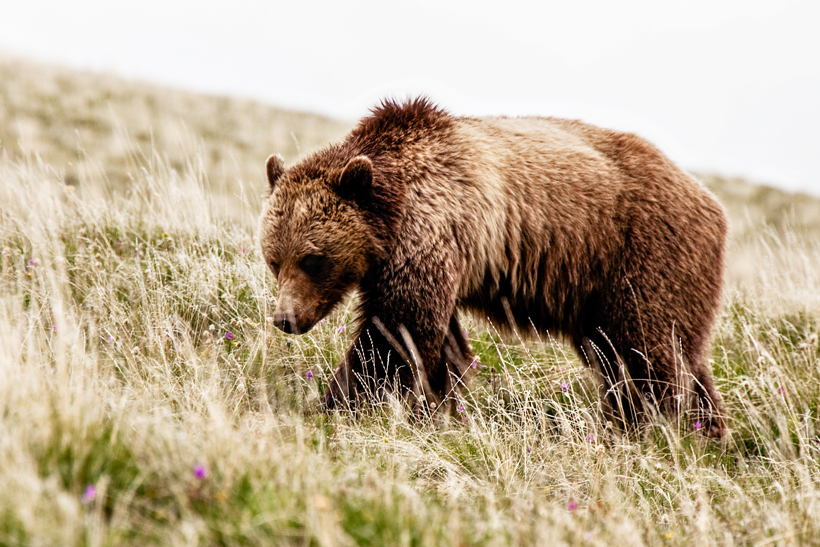 Two out of the six grizzly bear recovery zones in the United States are being considered for delisting — the Greater Yellowstone Ecosystem and the Northern Continental Divide Ecosystem. Yet disagreements over the grizzly populations in each region has stepped this issue in even more controversy.

This year, not a single Northern Continental Divide grizzly bear died at the hands of a game warden. This is a particularly noteworthy statistic given that “management removal” of problem bears was the leading cause of death for the grizzlies between 2000 and 2012.

Rather, the 18 Northern Continental Divide grizzly deaths that did occur this year are attributed to encounters with hunters, landowners and cars. Wildlife officials were admittedly surprised that none of the bears became so problematic as to warrant lethal action.

“While the west side (of the Rocky Mountains) had lots of huckleberries and chokecherries, we had a moderate year and it was still our lowest conflict year on record,” said Montana Fish, Wildlife and Parks (FWP) Region 4 biologist Mike Madel. “We're still trying to figure this all out.”

So does this mean that bears have modified their behavior? Not exactly. It seems that instead of foraging for the wild foods that the grizzlies normally favor, they are seeking out sustenance from agricultural lands.

“We had between 65 and 70 conflicts, mostly on agricultural land,” FWP Region 2 biologist Jamie Jonkel relayed. “They’re getting into radishes, alfalfa – it’s just ramping up.”

This increase in bear activity along with projections of the numbers of grizzlies that inhabit the Northern Continental Divide Ecosystem and Greater Yellowstone Ecosystem have some maintaining it is time to remove the bears from the Endangered Species list.

Biologists at the U.S. Fish and Wildlife Service (USFWS) estimate that the populations of grizzlies in each of the areas have grown to a point where it makes sense to remove the bears’ federal protection.

The USFWS is expected to issue its second proposal in early 2015 to remove the area’s grizzly bears from the list and hand over the animal’s fate to the states of Idaho, Montana and Wyoming.

Yet there are several issues standing in the way of getting a delisting rule written.

Both the Northern Continental Divide Ecosystem and Greater Yellowstone ecosystem would have to have its own rule, which would guide affected state governments on local management and hunting. The rules would also need to be linked to the management strategies used in surrounding national forests such as the Flathead, Gallatin and Kootenai — all of which are currently being rewritten or amended.

Researchers in the Greater Yellowstone area are also using a new counting system that estimates about 1,000 bears live in and nearby Yellowstone National Park. Previous estimates indicated a population around 757.

The situation is substantially different in the Northern Continental Divide. Populations in this region are pegged to a 2004 study that used DNA from grizzly hair collected from hundreds of scratching poles throughout the nearly 9,000-square-mile area. That genetic material enabled biologists to develop a family tree that included the majority of the 1,059 Rocky Mountain grizzlies between Missoula and the Canadian border.

Determining an accurate method of measuring the population and growth rate of the grizzlies is likely to be one of the most critical factors when considering moving the bears to state management and possibly, allowing the species to be hunted. If the systems are flawed, experts will not be able to conclude whether bear numbers are increasing or decreasing.

To explain the increase in conflict, some argue that bear populations in that region are expanding, pushing bears to the edges in search of new territory, where they are more likely to encounter humans and cause problems.

Yet others continue to point out that two of the bears’ primary food sources — whitebark pine nuts and spawning cutthroat trout — are in serious decline. The shortage makes for hungry bears, which, in turn, leave the national park core and explore farms, ranches and cabins for food.

If this argument sounds familiar, it should. The USFWS delisted the bears in 2007, but a federal court challenge based on declining whitebark pine food supplies reinstated them in 2009.

Since that point, experts have been focusing on the viability of alternative food sources for the grizzlies in the area. Ensuring that the bears have enough to eat is paramount in making the decision to delist, which may come sooner than expected.