Are grizzly bears expanding their territory? 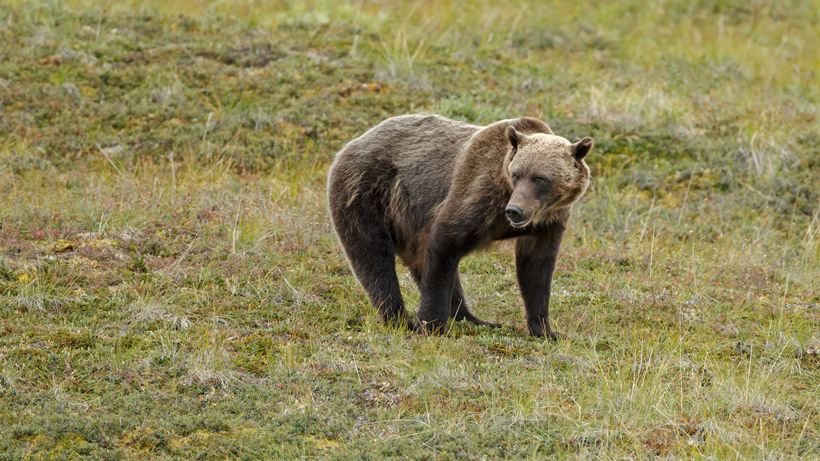 Several recent grizzly bear sightings have surprised Washington and Idaho residents. Why? Because the bears seem to be expanding their territory and showing up in places where they previously haven’t been. According to the Bonner County Daily Bee, a 476-pound grizzly bear was spotted west of the Pend Oreille River in Washington this fall and, in July, a two-year-old male grizzly was discovered “prowling around a black-bear bait site in the Idaho Panhandle.”

“That was an eye-opener for the state of Washington,” Wayne Kasworm, a U.S. Fish and Wildlife (FWS) grizzly manager in Libby, Washington, told the Bonner County Daily Bee. “It was an unusual movement, like the bear in Stevensville and the bears showing up east of the Rocky Mountain Front. That was well outside of its expected range.”

The Idaho Panhandle bear was a result of a Cabinet-Yaak/Selkirk transplant. While FWS captured and released the bear back to its Montana home turf, the bear “returned to the bait site in September” and is likely heading toward “the border near Huron,” the Bonner County Daily Bee reports. Grizzly bears are currently protected under the federal Endangered Species Act and it is illegal to hunt them in the lower 48; therefore, it is important to be able to distinguish between the two when in the field.

About 50 grizzly bears live in the Cabinet-Yaak and Selkirk recovery areas. These areas fall within Montana, Idaho and Washington and share a common Canadian border. About 1,000 grizzlies roam the Northern Continental Divide Ecosystem and another 750 inhabit the Greater Yellowstone Ecosystem, according to the Bonner County Daily Bee.

“In just the last year, we’ve got bears in Stevensville and bears in Two Dot,” said Interagency Grizzly Bear Committee spokesman Dillon Tabish. “We’ve identified and drawn these recovery zones on the map, but bears don’t know about the boundaries. It’s important to educate and inform residents about this. They haven’t been used to being in bear country.”