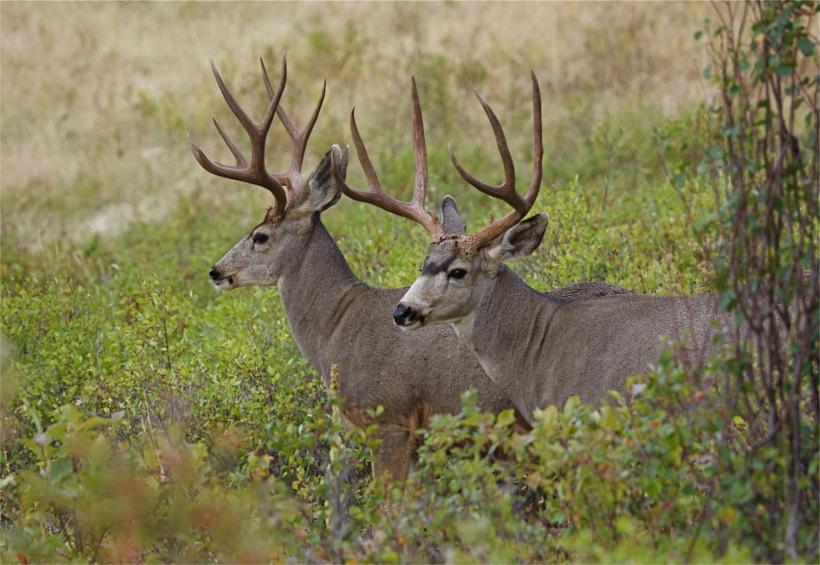 Can mule deer and elk coexist within the same habitat? A new five-year study launching this Sunday aims to determine this, following the swift decline in mule deer numbers that has biologists hypothesizing that the southwest elk herds may actually be beating mule deer to food sources.

Researchers with the University of Wyoming (UW), the Wyoming Game and Fish Department (WGFD) and the Muley Fanatic Foundation (MFF) will put tracking collars on 35 elk and 50 mule deer to compare diet, predators, disease and any other factors of the two species, according to Wyoming Public Radio. Funding for the $1.4 million study comes from both the MFF and the WGFD.

MFF co-founder Joshua Coursey says that the difference in the survival between the two species may be due to diet. He told Wyoming Public Radio that “Elk are truly a grazer and deer are truly a browser. And so one is a very picky eater and the other will eat anything. Because of that, with the drought we've seen in that country, obviously a loss of groceries for mule deer makes them vulnerable.”

Additionally, Coursey notes that mule deer numbers have been impacted across the entire state – not just the Rock Springs herd – with a total population decline of almost 40% over the last few decades. Kevin Monteith, a UW professor leading the project, notes that elk did not “historically roam south of Rock Springs in large numbers,” yet over the past few decades elk numbers have continued to increase while mule deer numbers recede.

While researchers may not have answers immediately, a project of this caliber will hopefully begin to piece together the reasons behind the decline of mule deer within the state, with a specific focus on the Rock Springs herd.

“This isn’t just a one-shot-and-you’re-done project,” says Coursey. “This is going to be the most truth-telling research project showing what’s actually happening on the ground.”