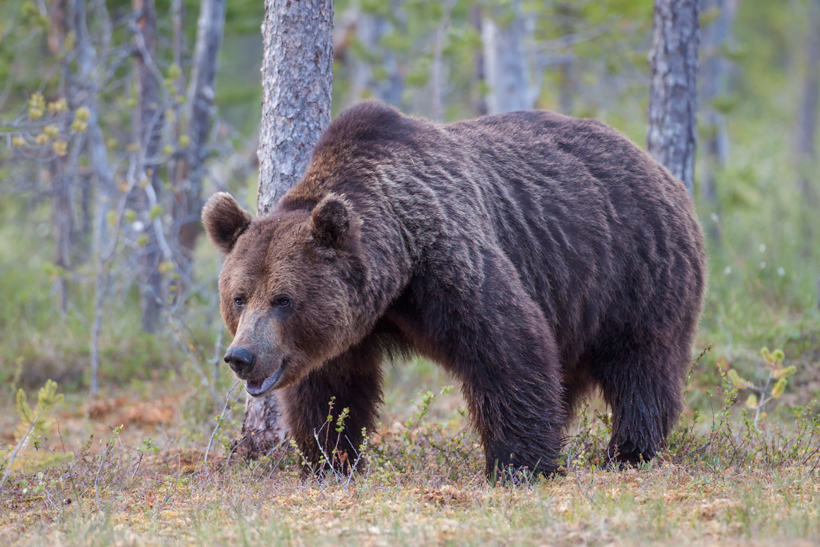 The National Park Service (NPS) recently approved a measure that would allow for the killing of four grizzly bears over the next seven years in Grand Teton National Park. The decision came after a 2012 encounter between hunters on an elk hunt who were charged by a 534-pound bear and had to shoot it in self defense. Experts say that dwindling whitebark pinetrees (and its protein-rich nuts), which served as a primary food source for the bears, means that many bears are turning to alternative food sources – like meat – to survive.

Grand Teton National Park has authorized limited elk hunting under The Bison and Elk Management Plan. Initiated in 2007, the program allows hunters to harvest elk in the park and on the refuge in order to help wildlife managers control the elk population.

In response to this decision, Earthjustice on behalf of the Sierra Club and Western Watersheds Project has filed a lawsuit against the NPS, Interior Department and U.S. Fish & Wildlife (FWS) aimed at reversing the agencies’ approval of potential grizzly killings, saying that killing grizzly bears is not good management for the park or for the animals.

“The government should be working to eliminate grizzly mortality threats, not handing out authorizations to kill grizzly bears in one of our nation’s premiere national parks,” says Earthjustice attorney Tim Preso.

According to the National Parks Traveler, the groups allege that most of the problem stems from the elk feeding ground located in the southeast portion of Grand Teton. The lawsuit claims that the feeding program “artificially inflates the local elk population” so that hunting is the only way to properly manage the herds. The groups say that FWS has not phased out the program as promised and now “as a result of the agency actions challenged in this complaint, Grand Teton National Park’s iconic grizzly bears have been added to the list of the program’s casualties.”

By filing the complaint, the groups hope to force the agencies to withdraw the decision.