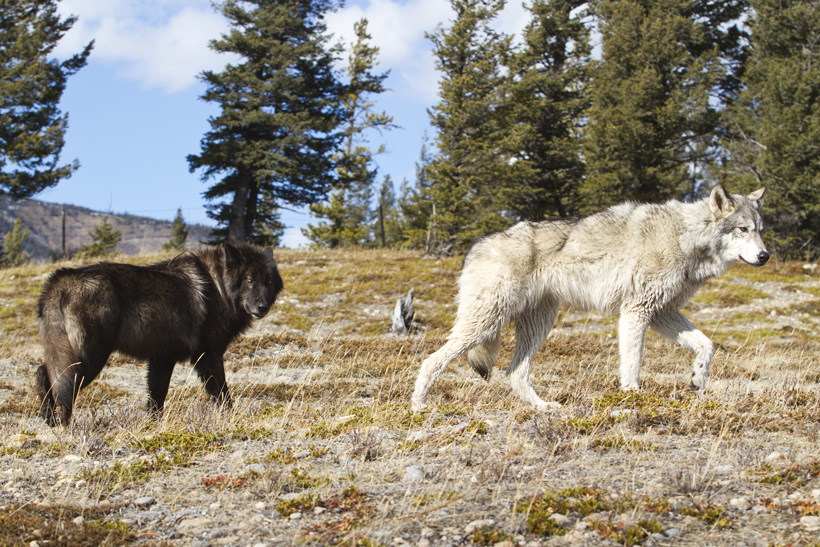 An anti-wolf group is about to launch an aggressive billboard campaign in Spokane, highlighting the potential dangers of an increasing wolf population in Washington State.

The initial billboard message features a wolf growling with its teeth bared, and accompanying text that reads: “Endangered? No. Deadly? Yes. Good for Washington? Absolutely not.” A total of eight billboard posters are expected to be up by the end of November.

The group behind the campaign is Washington Residents Against Wolves (WARAW), an activist group that says it’s promoting “sound management of the predator.”

“The aim of the billboard campaign is to encourage people to ask more questions about what having wolves in Washington really means,” explained Luke Hedquist, WARAW member.

The group is concerned that residents may not have all the information necessary to truly understand the potential dangers of a growing wolf population.

“People need to consider the challenges associated with wolves. Wolves can and will attack people, livestock will be killed and maimed, private property will be compromised and local economies will be impacted. We want to make sure people thoroughly understand the issue, so we started by trying to get people’s attention with the billboards,” continued Hedquist.

One of the most important issues that WARAW wants to make known is how “quickly wolves will deplete wildlife herds in the state,” according to the media release.

Currently, Washington has about 14 known wolf packs and before this year’s breeding season, had at least 52 wolves.

“We know by watching wolves in other states that it is common for the population to increase by 38% on average each year,” said Hedquist.

The group also points out that this is not only troublesome for predators who must compete with the wolves for available prey, but also for the communities whose economy is dependent on seasonal hunting revenue.

“As the elk and other ungulates are impacted by wolves, we will see fewer animals for other predators like cougar and bear; a decline in the number of animals available to hunt and significant impacts to local economies as hunters go elsewhere,” Hedquist elaborates.

Washington’s wolf population also seems to be largely concentrated in the eastern portion of the state.

“It’s also important to remember that at this point, wolves are not moving across Washington and WDFW is making no moves to either reduce the number of wolves or translocate the Eastern Washington excess to other parts of the state. So we should be prepared for Eastern Washington to bear the full brunt of the cost. Frankly, that cost is unacceptable,” Hedquist warns.