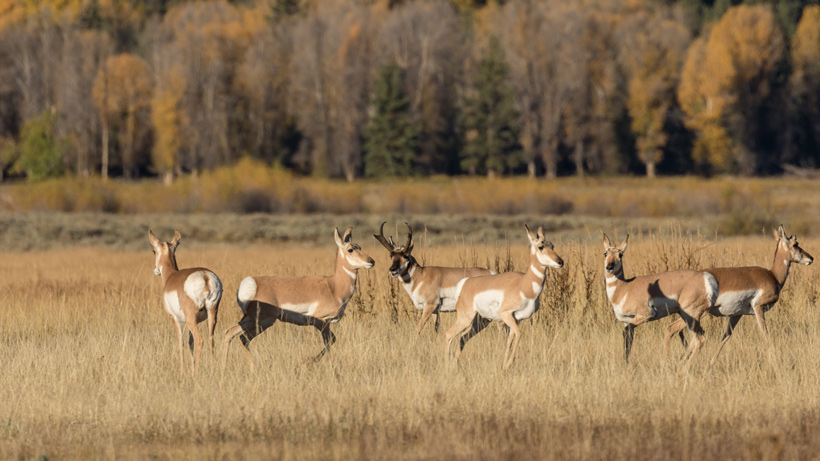 Last fall, nearly 100 antelope were released on the Colville Indian Reservation in Washington. It was the second time that antelope were released in an effort to restore them to their native territory. Now, roughly nine months later, it appears the antelope are doing well. While the animals have had to adapt to different weather in Washington, having originated in Nevada, Richard Whitney, wildlife manager for the Colville Reservation, says habitat improvements are underway to ensure that the antelope thrive.

“We manage for habitat quality,” Whitney told The Spokesman-Review.

Native sagebrush and plenty of natural ponds make the area prime antelope country; however, Whitney points out the need to alter 450 miles of barb wire fencing or remove fencing altogether. Wildlife biologists are also working on “noxious weed control.” Landowners appear to be generally supportive of the antelope relocation.

“At least I haven’t received any complaints. They like to see the pronghorns and are pretty happy with what we’ve done,” says Whitney. “We try to get them to be more conscious when building fence and gates and to leave gates open at times it won’t affect their cattle operations.”

The Colville Indian Reservation is no stranger to restoring native species. Wildlife biologists have also helped bighorn sheep herds. As goHUNT previously reported, this recovery effort took several decades but has paid off significantly for both the animals and the tribes. Bighorn sheep are now plentiful enough that tribal members are able to harvest them for both sustenance and traditional purposes.

The Yakima Reservation has also released antelope within reservation boundaries.