Another state moving to ban drones for hunting 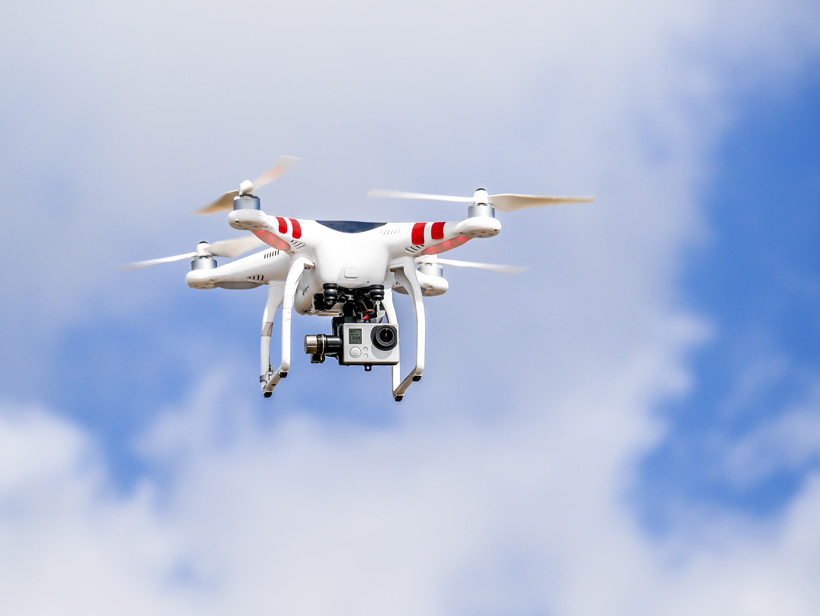 Hunting with drones or using the airborne devices to harass hunters may become a crime in Michigan under a pair of bills up for consideration in the state House of Representatives this week.

While the Michigan Department of Natural Resources hasn’t received any reports of drones being used to either help or hinder hunters, state lawmakers are moving the bills quickly through the legislative process as a pre-emptive strike against what they see as the potential for unethical use of the camera-equipped flying mechanisms.

The legislation, sponsored by Sen. Phil Pavlov (R-St. Clair) and Sen. Tom Casperson (R-Escanaba), is inspired by concerns from hunters who saw a recent surge of internet videos that teach laymen how to spy on unsuspecting animals.

"This came from hunters and outdoor enthusiasts," said Pavlov. "They felt (the use of drones) takes away from the spirit and tradition of what hunting is supposed to be about.”

Pavolv explains that their is a stark difference between drones and technology used in common hunting devices such as fish finders and trail cameras. That equipment, he says, still leaves the majority of the skill and effort up to the hunter.

The drone, on the other hand, “is a real-time device that gives you a view of the field and what's out there," Pavlov continued.

Drew Youngdyke, grassroots manager for Michigan United Conservation Clubs (MUCC), says that members of his organization believe the use of camera-equipped drones to scout for deer and other elusive game undoubtedly gives hunters an unfair advantage.

"A big part of hunting is scouting and finding the game in the first place," contends Youngdyke. "It shouldn't be just flying a radio-controlled plane overhead and saying, 'There it is, let's go get it.' “

"Our members believe in fair-chase hunting," Youngdyke adds. "We saw examples of animals being harassed and where drones were following them. This (legislation) is an effort by hunters and outdoorsmen to get ahead of a technology we don't consider fair-chance hunting.”

Yet the problems do not only lie with unethical hunters, but with anti-hunting groups too. Some have purchased drones with the intent of harassing hunters or spooking wildlife that ethical hunters have spent days scouting. That interferes with Michigan’s hunting traditions, said Trevor VanDyke, spokesman for the Michigan Department of Natural Resources.

“It’s currently against the law to harass hunters,” said VanDyke. “This just clarifies the law. Currently, remote or computer-assisted hunting is prohibited. But drones are an emerging market.”

In fact, it wasn’t that long ago that drones were a relatively rare sight, typically piloted by photographers. Now, drones are soaring as never before, deployed by everyone from hobbyists to hunters, as new models are available at relatively affordable prices. That proliferation, however, has led to a number of problems, prompting several other states — Alaska, Colorado, Montana, New Mexico and Canada’s Saskatchewan province — to pass bans earlier this year.

The bills, which passed out of committee Tuesday afternoon, would prohibit the use of a drone to interfere or harass a hunter and impose a misdemeanor sentence of up to one year in jail and a $2,500 fine for more than one infraction.

A separate bill would ban the use of drones to hunt any species of game and impose a penalty of $200 to $5,000 — the maximum fine for hunting a moose with a drone — and a potential jail sentence of five days to one year.

The bills would not impact hobby drones that are used for taking photographs or video from above, and are also expected to be amended to add a prohibition against harassing fisherman.