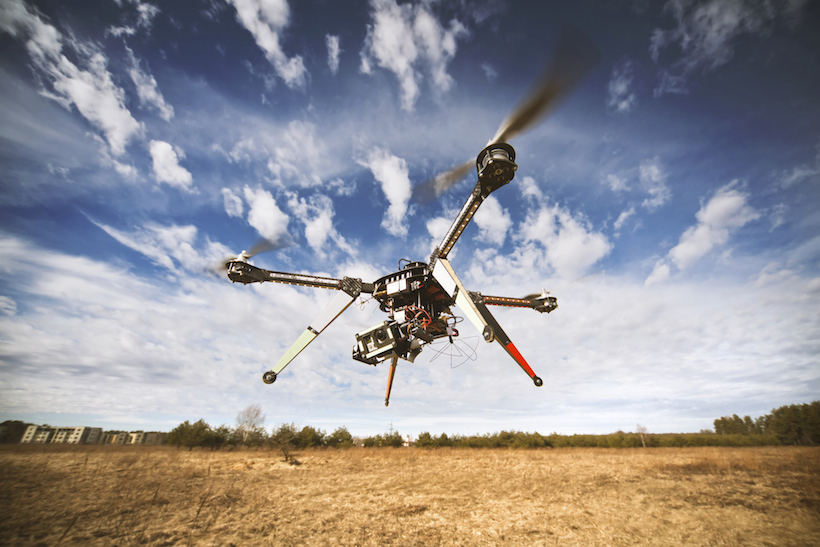 The issue was originally discussed at the game commission’s May meeting, but was shelved until the commission reconvened in Mescalero on June 26. The delay was intended to provide enough time to clarify the definition of a drone.

Under the new legislature, “drones can’t be used for looking for game, locating it, seeing where they are,” Bill Montoya, the vice chairman of the commission, explained to New Mexico Watchdog.

Any hunter found guilty of using a drone in New Mexico will face a fine ranging from $50 to $500 and will risk having their license revoked and vehicles and weapons confiscated.

To some, measures such as these seem presumptuous. To others, pushing a drone ban despite limited evidence at present of hunting use is the smartest course of action. After all, drone technology is bound to become more prevalent and less expensive.

“We want to make sure it doesn’t get a foothold,” says Eric Nuse, a former executive director of Orion, the Hunter’s Institute. “We see this as a great chance for abuse, and before people have invested a lot of money in this technology, let’s speak up first.”

New Mexico is not the only state speaking up.

In January of this year, Colorado became the first state to address the issue of drone use by a sportsman, voting unanimously to ban the use of drones as an aid in scouting, hunting and taking of wildlife. Though there had not been any reported incidents of hunters using drone technology to locate and track animals in Colorado, the state decided that the preemptive measure was the best course of action.

“Who would have thought there might be any support for the use of drones in scouting and hunting purposes?” Paul Navarre, a devout big game hunter in Fort Collins, told the Denver Post. “The phrase ‘build it and they will come’ surely is a possibility in this age of high tech. And we surely are a land of inventors, private and corporate. We are also in a land where the current generation has become accustomed to high tech devices to make their lives easier at home or in the field.”

In February, Montana’s Fish, Wildlife and Parks Commissioners (FWP) followed Colorado’s lead and passed a ban on drone-assisted hunting. As FWP regulations already prohibited the use of electronic devices such as game cameras and night-vision goggles, and outlawed the use of aircraft to scout for game on the same day as a hunt, the ban on drones does not seem to be out of left field.

In March, the Alaska Board of Game joined Colorado and Montana when it passed legislature that prevented drone-assisted hunting. The issue first arose in February when troopers alerted the game board members about a drone-assisted moose kill in Interior Alaska in 2012. The moose hunt was reported by the state Department of Fish and Game staff, but since the use of drone was then legal, troopers did not investigate it.

“Under hunting regulations, unless it specifically says that it’s illegal, you’re allowed to do it,” says Captain Bernard Chastain, operations commander for the Wildlife Troopers in Alaska. “What happens a lot of times is technology gets way ahead of regulations, and the hunting regulations don’t get a chance to catch up for quite a while.”

This incident prompted the Alaska Board of Game to propose and unanimously pass a regulation outlawing drone-assisted hunting, reported the Anchorage Daily News.

Two other states, Idaho and Wisconsin, already have included restrictions in existing regulations on the use of aircraft to hunt wildlife. Two more states, Vermont and Wyoming, have pending rule-making petitions before their respective wildlife management organizations to ban the practice.