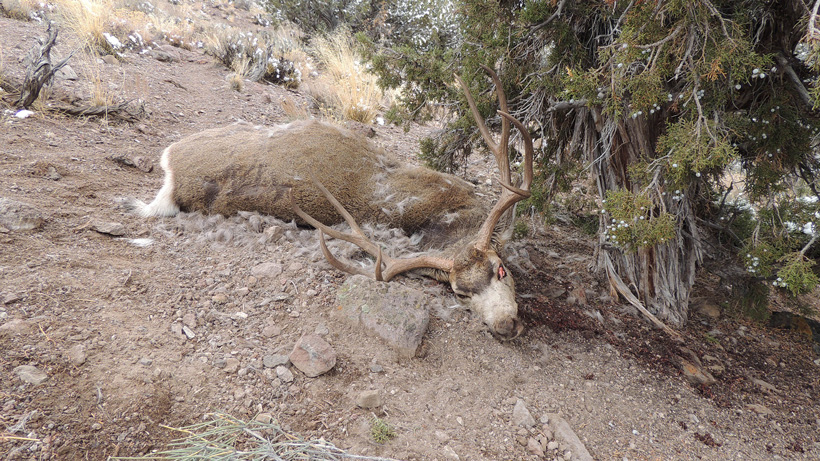 Nevada game wardens want your help: another mule deer has been illegally killed and left as waste in the foothills east of Rose Valley in area 231. The crime occurred on Nov. 28 and is the ninth poached mule deer in 2016 within the state.

This incident follows a recent appeal for help in another poaching case that occurred in September and involved eight dead mule deer. As goHUNT previously reported, those animals had been shot and left to rot near Mount Charleston. Yet, investigators do not think the same poacher is behind all of the crimes.

“We’ve had far too many animals left to rot this year,” says Tyler Turnipseed, chief game warden with the Nevada Department of Wildlife.  “As with the last case, we’ve found no leads to the shooter, and we need the public’s help if we’re going to put a stop to this senseless waste. This is a big, beautiful buck that any legal hunter would be proud to tag during a legal season.”

There is a $1,000 reward for any tips that lead to the arrest of the responsible party. To report a tip or any other suspicious activity, contact the Operation Game Thief hotline at 800-992-3030.