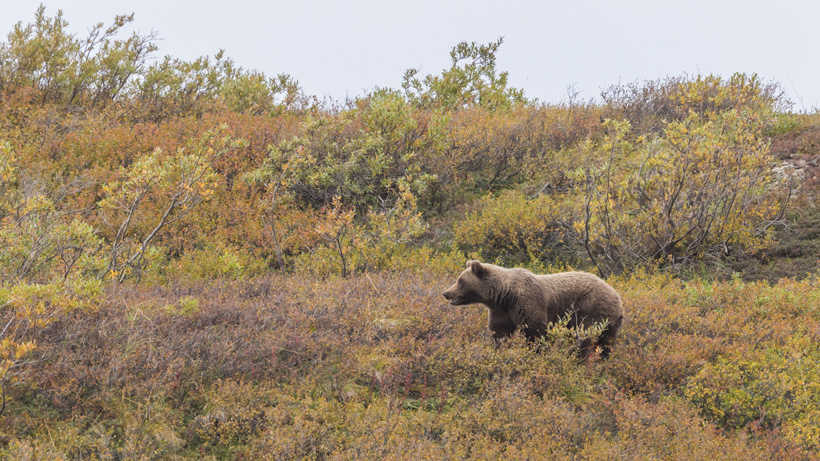 An Idaho grizzly bear has trekked further south with recent GPS coordinates showing that he’s moved into the Selway-Bitterroot Wilderness Area. The Selway Bitterroot Wilderness area is within the Bitterroot grizzly bear recovery area. The big thing about this move is that grizzly bears have been absent from this area for many decades. According to The Lewiston Tribune, the three-year-old male, who was released into the Cabinet Mountains of Montana in 2018, “quickly crossed the Clark Fork River into Idaho,” resulting in another capture and relocation by wildlife officials as they returned him to the Treasure State.

However, that bear doesn’t want to be a Montana resident. While the bear wintered in Montana and the Cabinet Mountains, as spring thaw returned, he emerged from hibernation and returned yet again to northern Idaho. Criss-crossing through the Clearwater Region, he moved from the St. Joe River drainage through the Mallard Larkin Pioneer Area before visiting a bear baiting station in the Bungalow area of the North Fork of the Clearwater River basin where his presence was confirmed by trail camera, The Lewiston Tribune reports.

His last reported location was in the Cayuse Creek drainage after he’d moved on from the Kelly Creek area.

“Most of the places he has appeared to have gone have been out of the way,” said Clay Hickey, regional wildlife manager for the Idaho Department of Fish and Game (IDFG). “It’s all tough country. If you were trying to get from point A to B, it’s not how you would choose to go.”

Grizzly bears are protected under the Endangered Species Act and it is illegal to kill one. Regardless, IDFG cautions anyone in the backcountry to keep camps clean to avoid any interactions with the abundant black bear population or this lone grizzly bear.

“Most of these places he has been are some of the more dense black bear habit in our region and people should always be bear smart and clean campsites and those kinds of things,” said Hickey. “We know we have one collared grizzly bear out there, but we have hundreds of black bears in all of those areas.”