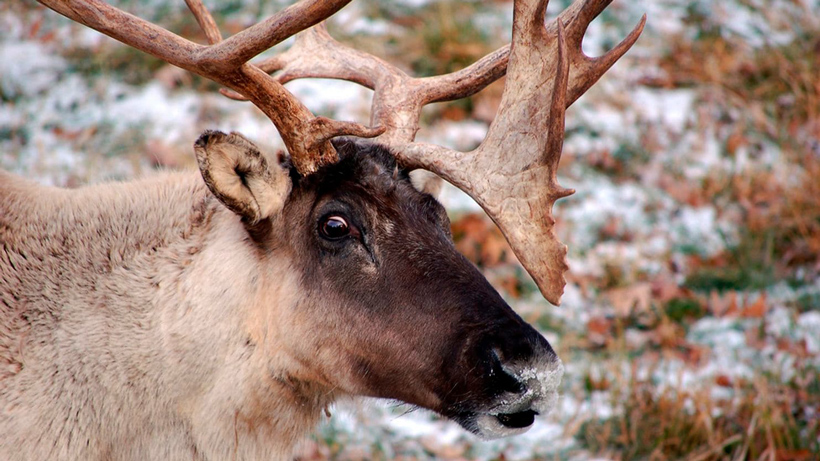 The last known member of America’s wild reindeer, the American caribou, is spending her days in a pen in British Columbia. Once nearly 50 strong in 2009, the herds that traversed the boundaries of Canada and Idaho and Washington have drastically declined. Wildlife managers decided to capture the cow in order for it to “have a better shot at survival than alone in the snowy wilderness,” the Washington Post reports.

“It was the right move,” said Ray Entz, director of wildlife and terrestrial resources for the Kalispel Tribe in Washington. “That animal was not going to survive.”

According to Leo DeGroot, a government wildlife biologist in British Columbia, in 2018, the annual census located only three Selkirk caribou. In fact, there haven’t been any U.S. sightings of the “gray ghosts” since 2012 even though “radio collar data indicated one entered Washington in late 2014.” For now, keeping the single cow female in a pen keeps it safe.

“They have no future with one, two or three animals,” said DeGroot, who noted that logging, road development, oil exploration and mining resulted in interrupted habitat for the animals. Coupled with predation by wolves and mountain lions, the Selkirk herd has struggled for decades. In fact, the 15 known “isolated subpopulations” are all “shrinking,” according to the Washington Post, and the wild herd was already considered “functionally extirpated” before the capture of its last known member.

“The caribou are just a more vulnerable species. They don’t kick hard like a moose. They’re not as skittish as a deer. They never have twins,” said DeGroot. “So with these changes, they’re the ones that pay the price.”

What will become of the Selkirk caribou? Right now, the holding pen has four animals in it: the Selkirk cow, a calf born in the pen and returned after its mother was killed, and two other caribou from “another dwindling southern mountain herd.” According to the Washington Post, wildlife biologists want to capture another female from a nearby herd, who will then hopefully lead the others to her habitat after they all become familiar.

“I am resolute about the return of that species‚” said Entz. “It’s too easy to say, ‘Well, they’re not here, let’s quit.’ That’s not the tribe’s perspective.”