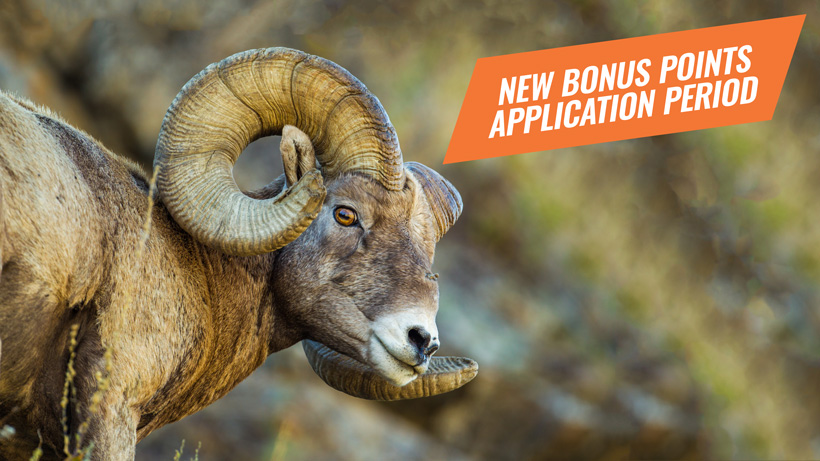 Missed applying for a bonus point in Montana? Well, you now have a second chance to purchase bonus points for next year's draw.

In Montana, every hunter who applies for a special license through a big game drawing can participate in the bonus point system for an extra fee. New for 2017, individuals who missed the deadline to apply or did not apply for bonus points at the time of application, may purchase bonus points.

In years' past the only way to gain bonus points was to purchase them in the main draw. But, due to House Bill 623 that was introduced by Rep. Kerry White during the 2017 Legislature, you now can apply for bonus points from July through the end of September, specifically for 2017, the bonus points application period is July 3 through September 30. And in future years, the bonus point period will be July 1 - Sept. 30 according to Montana Fish, Wildlife and Parks' (FWP) newly updated Bonus Points page. Note: you can still purchase nonresident preference points for the general combination tags during this application period.

This new system is very similar to Wyoming's preference point period application after the main draw.

Before I go any further, I will say this is a huge benefit in Montana due to FWP making more money and a system like this was needed for those who just wanted to build a point each year without having to go through the confusing application stage. All of that is on the surface level, but dig a little deeper and keep in mind that it might have a negative impact on draw odds due to the possibility that more people can now build points and then apply at a later date. Also, this has a potential to create huge points creep swings because now people can avoid entering the draw, build a bunch of points, and then jump in the draw with the impact of swinging odds (this is a different type of points creep than preference point systems... but still similar). So... with all that said, the state will, in theory, make more money, but at a potential cost to your odds. You can purchase a bonus point here.

Any bonus points you acquire will never expire until you draw a tag. They will always be tied to your ALS number. In the old system you could skip two consecutive years without losing your points, but if you missed the third year, you'd lose all points. That is no longer the case.

Below are the new fees for purchasing a bonus point without applying for a license. There are no prerequisites to purchase the points.

How to purchase bonus and preference points

You can purchase bonus points online here or at any FWP license provider. Nonresident preference points can be purchased just like years past for $50. 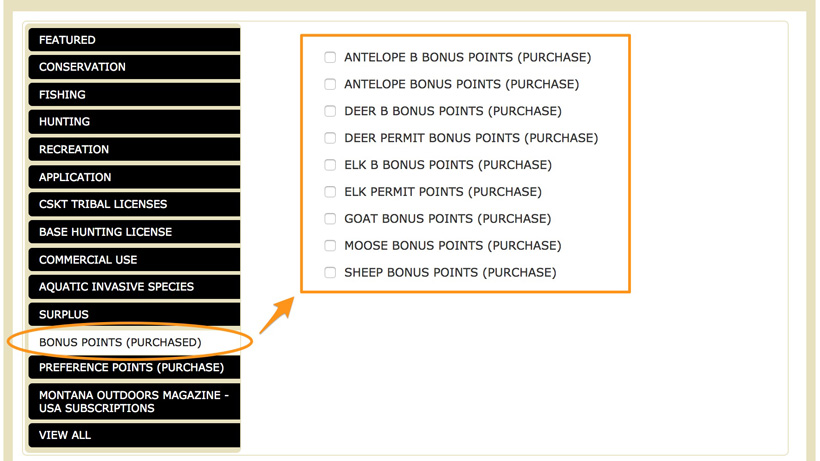 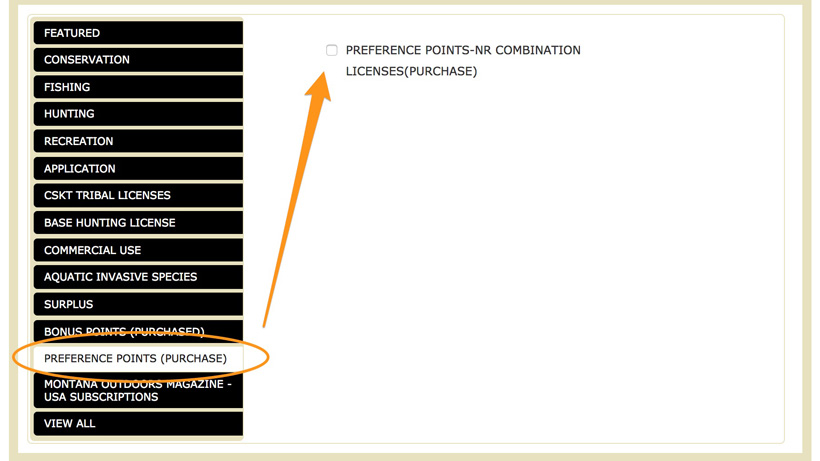