A gathering of grizzlies 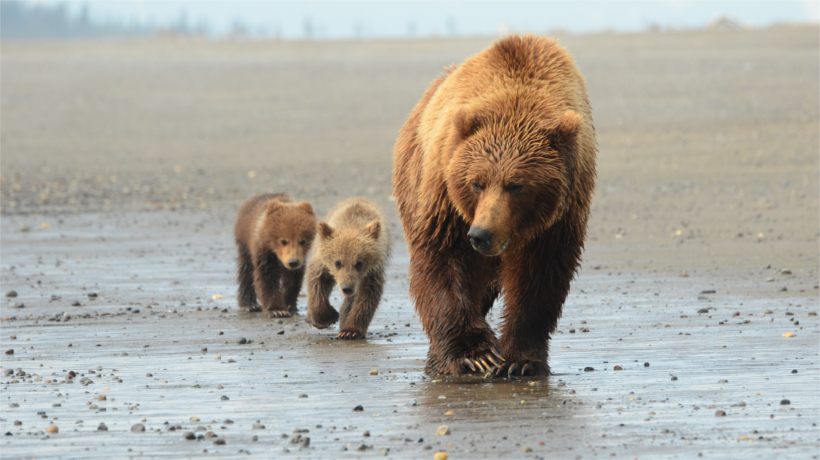 Was it a morning playgroup, a small get together with friends, or a family reunion? Whatever it was that made 13 grizzly bears gather in the foothills of the Rocky Mountain Front in Montana has bear experts stumped.

“I don’t know if anybody has really observed that many bears together before,” Mike Madel, a grizzly bear management specialist with Montana Fish, Wildlife, and Parks told The Great Falls Tribune. Madel observed the bears during the third week of October on the Dan Freeman ranch during a routine check of the area by airplane.

According to The Great Falls Tribune, Madel, who discovered the interesting group because one of the bears wore a tracking collar, snapped pictures from the plane and alerted Dan Freeman, the owner of the ranch.

“It almost seemed like a gathering of females with young who were related or familiar with each other,” says Madel.

Biologists say that female bears will often stay within their mother’s home range, which explains why so many female bears – some with cubs, some without – could be congregating.

While bears will often assemble around food sources, that’s not the case with the current bunch as Madel didn’t observe any sort of food. In fact, biologists believe the bear gathering simply shows how eccentric wildlife can. With so many grizzlies out and about, slowly making their way to dens for the winter, hunters should carry bear spray and use extra precaution when hunting. Store food properly, keep any game meat secure, and stay safe!