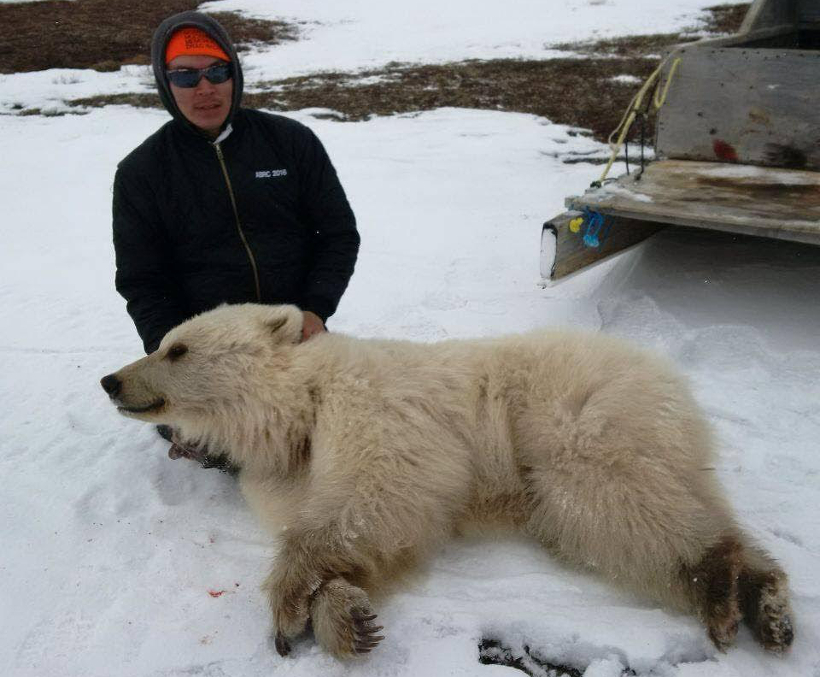 It wasn’t a hybrid bear after all. Experts recently completed a DNA analysis of the “grolar” bear shot in Nunavut, Canada in May, which was being touted as a grizzly/polar hybrid, only to confirm that it is, in fact, a blonde grizzly bear instead.

On May 18, hunter Didji Ishalook posted a photo of his bear to Facebook, excited to share his first bear harvest. Little did he know that his “Female grizzly/polar bear” caption would spark a minor media frenzy, causing bear biologists across the U.S. and Canada to hypothesize whether this bear was actually a hybrid.

While it would have been exciting to discover another hybrid bear, the reality is that the bear in question is actually a grizzly – a blonde grizzly. The lab in charge of the DNA test confirmed that the bear does not have any relation to a polar bear at all. And, according to biologist Mathieu Dumond of Kugluktuk, blonde grizzlies are actually “not uncommon” and often seen in western Nunavut. He adds that, “Everyone wanted to jump on the hybrid bear train.”

So what makes a brown bear have blonde fur? According to Dumond, sun exposure can lighten its fur similar to people. And, he says, “It seems to be more frequent in spring or early summer, when the bears come out from hibernating. Then they shed and have a little more saturated color in their fur.”

While there have been several confirmed hybrid polar-grizzly bears in a region west of Victoria Island, Ishalook’s bear isn’t one. But that doesn’t mean another won’t surface in the future.