6 bighorns killed to save wild herds 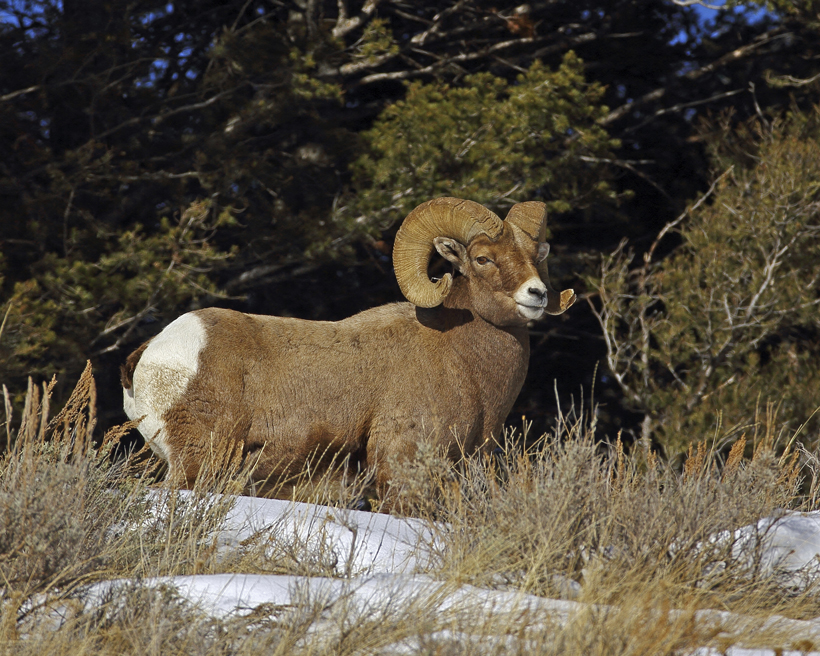 When six wild bighorn sheep decided to break out of the National Bison Range, little did they realize the consequences of their actions. Because the possibility was high that the wild sheep came in contact with disease-carrying domestic livestock, Confederated Salish and Kootenai Tribes wildlife managers followed basic sheep management protocol and euthanized all six.

According to Tom McDonald, director of the tribal division of Fish, Wildlife, Recreation and Conservation, the Tribes follow a similar policy that is also in place at Montana Fish, Wildlife and Parks. Animals that make contact with domestic sheep or livestock are very likely to contract fatal diseases that can be passed onto wild herds.

“We want to preserve the integrity of the wild sheep because the disease transmittal happens so easily,” says McDonald.

Tribal wildlife biologist Stacy Courville told the Valley Journal that studies of bighorn sheep fenced in with domesticated sheep have resulted in 100% mortality, which makes the killing of the six escapees unfortunate, but necessary for healthy wild herds. Previous pneumonia outbreaks and other diseases have decimated Montana’s wild herds in the past.

Officials believe that contact with domestic sheep was high since there were domestic sheep less than a half a mile from the point of escape. McDonald says, “That would have been a 10 minute walk for these escapees out of the bison range.”

Wildlife managers are not notified when bighorns escape and it is often difficult to trace their whereabouts once they leave the range. Officials ask that people report any bighorn sightings immediately to tribal biologists at 406-883-2888.