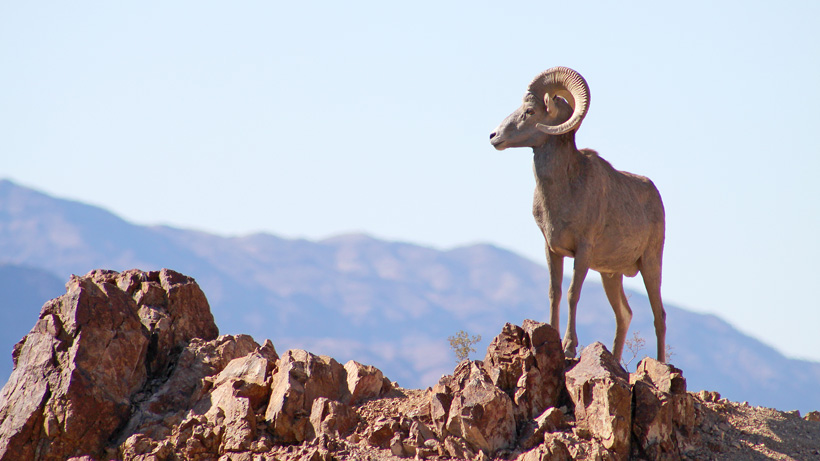 Last week, Utah gained 51 bighorn sheep from a healthy herd in Nevada to establish a new herd in unoccupied wild sheep habitat. They were released in the Ranch Canyon area of the Mineral Mountains west of Beaver by the Utah Division of Wildlife Resources (UDWR) and other organizations helping with the effort, the Millard County Chronicle Press reports.

“Habitat in the project area, largely composed of granite, rocky spires and cliffs, is ideal but previously vacant sheep habitat,” said UDWR wildlife program manager Teresa Griffin. “Bighorn sheep are uniquely adapted to inhabit some of the most rugged areas on earth.”

The bighorn sheep that were captured via helicopter and relocated to Utah were taken from overpopulated Nevada herds. Those particular Nevada herds were nearing capacity, which made the relocation project beneficial to both states.

The relocation effort was a collaboration between UDWR, the Nevada Department of Wildlife, the U.S. Bureau of Land Management, the Wild Sheep Foundation, Utah Farm Bureau, the Utah Department of Agriculture and Food, Beaver and Millard county officials and Sportsmen for Fish and Wildlife. According to the Millard County Chronicle Press, the first desert bighorn were translocated into Utah in 1973 in Zion National Park and, since then, officials have released over 1,000 desert bighorn to “areas of historical habitat.”

“Our translocation efforts are an attempt to restore bighorn sheep within their native range,” said UDWR regional supervisor Kevin Bunnell.