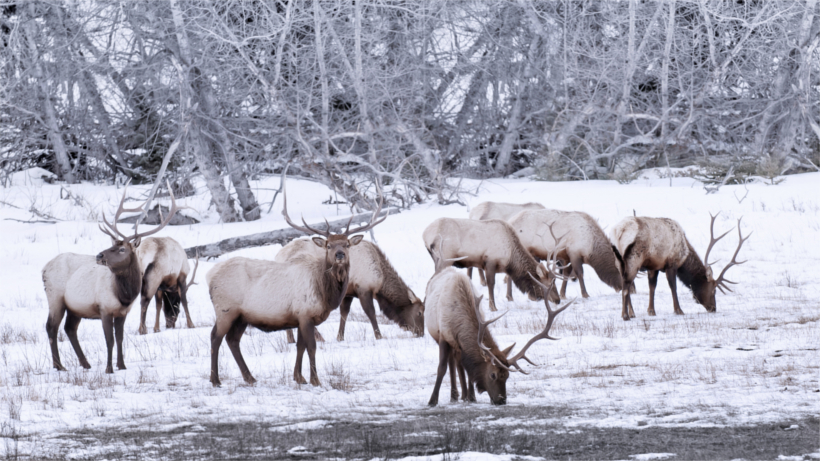 Trapped on thin ice, 41 elk died this week after the ice broke on the Powder River arm of the Brownlee Reservoir in Oregon. After local resident Sheila Hocker phoned in the tip to the Oregon Department of Fish and Wildlife (ODFW) in Baker City, OR (which is about 40 miles from the reservoir), officials immediately drove to the area, but deemed the ice too weak to attempt a rescue.

The nearest elk were 300 yards from the shore.

Hocker insists that more could have been done to save the animals from their icy death, and told the Baker City Herald, “They could have slid boats over the ice. They could have made an effort.”

Yet, Brian Ratliff, an ODFW district wildlife biologist, told the Baker City Herald, that saving the elk or trying to salvage the meat was nearly impossible and incredibly dangerous, adding, “It’s an unfortunate event, but no human life is worth it to try to salvage some meat.”

After investigating the elk’s bedding area, Ratliff believes that the elk naturally migrated onto the ice since there were no signs of predator or human tracks. While an incredible travesty, there was little that could have prevented the incident from occurring.