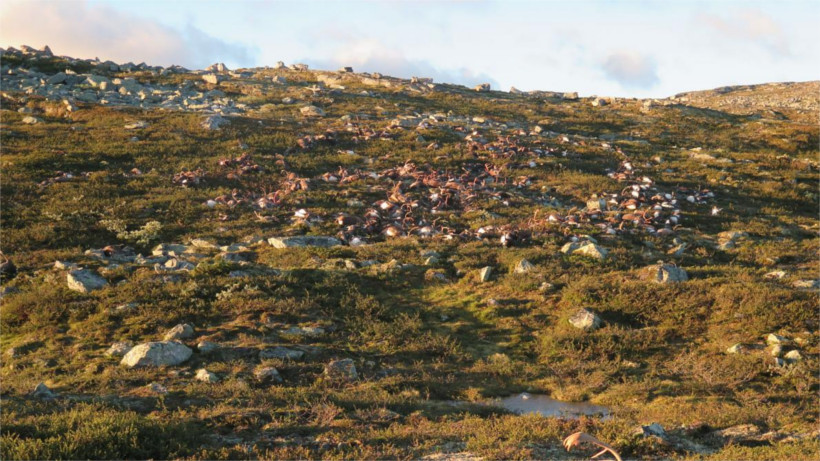 In one of the most catastrophic events of the century, 300 reindeer within a national park in Norway were struck by lightning last week. Authorities believe that the reindeer were gathered tightly together during the severe storm, which left all of them dead – including 70 calves – on top of Hardangervidda, the highest mountain plateau in northern Europe.

Kjartan Knutsen, a spokesperson for the Norwegian Environment Agency, said that “the scale of the wildlife deaths was unprecedented in the country,” adding, “We have no heard about such numbers before.”

Over 10,000 wild reindeer roam more than 3,000 square miles within the national park, according to National Geographic. While there have been historical instances of lightning striking large groups of animals – mainly cattle – 300 animals at once is the highest casualty ever recorded.

In fact, lightning isn’t a common occurrence in Norway and during an average year, there is less than one lightning strike per square kilometer, according to National Geographic. This may be may be why the wild reindeer didn’t have the natural instinct not to stand in the highest spot in the area during the storm.