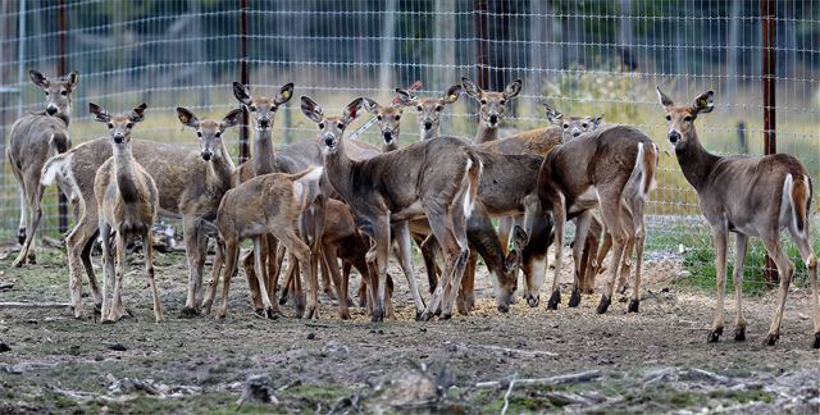 Two hundred twenty-eight deer estimated to be worth $1 million were euthanized last week after a Wisconsin deer farm tested positive for Chronic Wasting Disease (CWD). Officials with the Wisconsin Department of Agriculture, Trade and Consumer Protection (WDATCP) decided to carry out the extermination after CWD was found in a 7-year-old doe back in June.

According to the Leader-Telegram, preliminary tests of the Fairchild, WI herd has discovered 23 deer with CWD and officials believe that the number will increase as tests on the remaining animals are conducted. The herd, which included 163 adults and 65 fawns, was exterminated by WDATCP using both lethal injection and sharpshooting. Authorities removed all the adult deer heads for testing. All positive tests are being sent to the National Veterinary Services Laboratory in Ames, Iowa for confirmation, which could take another week to complete.

Deer farm owner Rick Vojtik isn’t sure how the animals became infected. While he did add deer to his farm two years ago from another captive deer farm, those animals had been carefully monitored for the past five years and believed to be disease-free.

“There is a lot of opportunity for (the disease) to be moving, whether it’s in feed or hay bales or fecal material. We have no idea how it got there,” Dr. Paul McGraw told the Leader-Telegraph. Regardless, Vojtik will be compensated for the herd, but the overall value of the herd is still being assessed.