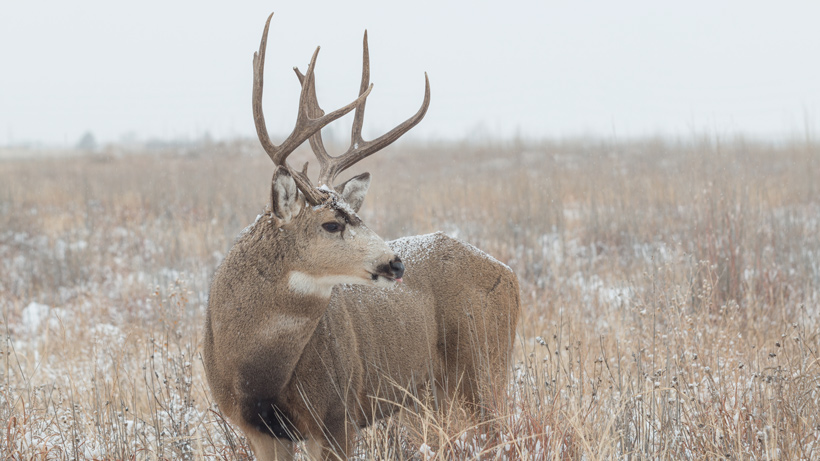 Three years ago, two mule deer bucks were shot and left to rot west of Sheridan, Wyoming. Only the heads were missing. One month later, Wyoming Game and Fish Department (WGFD) officials had a third poached mule deer buck (head also missing) to add to the pending investigation. Now, thanks to a tip from a local landowner, three hunters from Tennessee have been fined and sentenced, Buckrail reports.

WGFD game warden Dustin Shorma worked with the U.S. Fish and Wildlife Service and Tennessee Wildlife Resources Agency on the investigation, which resulted in citing Zachary Mathis, Philip Hickerson and Cody Duncan to “three counts of wanton destruction, three counts of taking big game animals from a motor vehicle and one count of taking a deer without a license,” according to Buckrail. Collectively, they paid $15,285 in fines and restitution, forfeited a $3,200 custom rifle and lost hunting privileges for the next three years.

“This is an excellent example of how a single tip on a wildlife-related crime can go a long way,” said Shorma.  “If people have tips on a poaching case there are several ways to get that information to us. They can call their local game warden, a Game and Fish Regional Office or the Stop Poaching Hotline.  People might think that the little bit of information they know won’t help, but even a small piece of information may be just the piece of the puzzle we need to solve the case.”

If you ever see something suspicious and want to report a tip, contact WGFD’s STOP POACHING hotline at 1-877-WGFD-TIP.