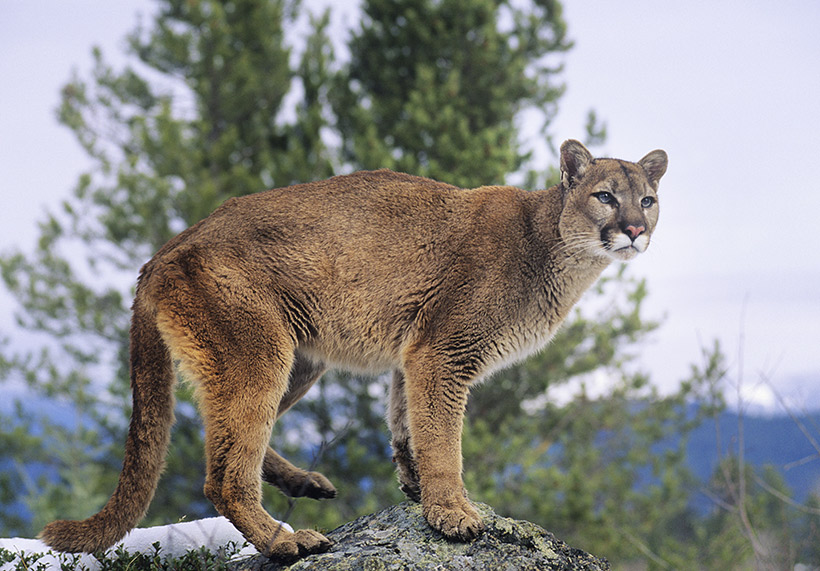 A Colorado hunting outfitter accused of injuring mountain lions and bobcats to provide an easier hunt for clients has been brought to justice.

Last week, Christopher W. Loncarich, 55, of Mack, Colorado, pleaded guilty in a U.S. court in Denver to a felony conspiracy charge stemming from his sale of outfitting services for illegal mountain lion and bobcat hunts in both Colorado and Utah.

Loncarich admitted to conspiring to violate the Lacey Act — a federal law that bans the interstate transportation or sale of any wildlife that has been taken or gained in violation of state laws or regulations.

As part of the plea deal, Loncarich admitted he conspired with others to shoot, trap and cage mountain lions and bobcats to provide phony fair chase hunts in Colorado and Utah from 2007 to 2010. Loncarich also admitted that he and his assistants guided a number of hunters whom did not possess a Utah mountain lion license or bobcat license on hunts in the state.

Loncarich ran his operations out of Mack, Colorado, located about five miles from the Utah-Colorado border. His hunting packages targeting mountain lions ranged in price from $3,500 to $7,500, while bobcat hunts cost between $700 and $1,500.

Loncarich’s lead assistant guide, Nicholaus J. Rodgers of Shady Cove, Oregon, plead guilty last month to one count of conspiring to violate the Lacey Act for his role in the illegal hunts, according to the Justice Department.

The maximum penalty for conspiring to violate the Lacey Act is a fine of $250,000 and five years in prison.

The Justice Department said in a statement that under the terms of the plea agreement, the prosecution agreed to a sentencing calculation but did not agree on a term of imprisonment, an amount of fines or an amount of restitution.

A sentencing hearing for Loncarich is set for November 20, 2014.

The case was investigated by the US Fish and WIldlife Service, Colorado Parks and WIldlife and the Utah Division of Wildlife Resources. The case is being prosecuted by the Environmental Crimes Section of the Justice Department’s Environment and Natural Resources Division.

West had originally been charged with 17 violations. He pleaded guilty to guiding a client who illegally killed a moose in 2009, to killing a black bear in 2011, and to failing to remove bear-baiting stations in 2011 and 2012. The other 13 violations which were dismissed included allegations that West guided hunters on federal land within Wrangell-St. Elias National Park and Preserve without a commercial-use concession and trespassed on Alaska Native land.

In the end, Schally ordered West to serve three years of probation and to perform 80 hours of community service. While this may sound paltry when compared to the original sentencing, Wes’s attorney says that the 60-year-old guide and gun store owner has endured a tremendous loss to his reputation and business for what really amounts to paperwork violations.