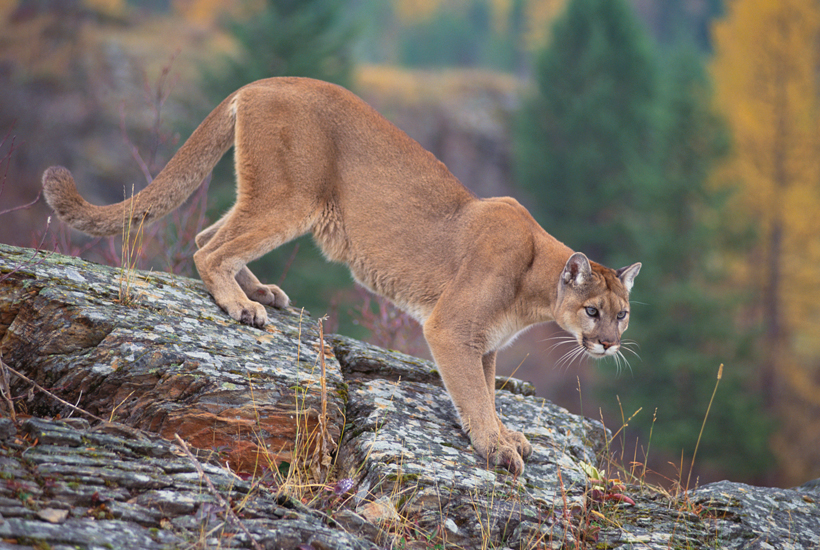 Imagine a child, alone in the wilderness, being stalked by a mountain lion. It’s every parent’s worst nightmare, but fortunately, 12-year-old Alyssa Caldwell had the situation under control. With nerves of steel, the young girl took aim and shot the mountain lion, from just 5 yards away, and likely, just moments before it pounced.

According to Lonestar Outdoor News, Alyssa Caldwell and her father, Joshua Caldwell, had gone on a hunting trip to New Mexico in hopes of bringing home a large elk.

At just 12-years-old, Alyssa was already an experienced hunter. She had started shooting at five-years-old and hunting at the age of nine. For the past three years, Alyssa had hunted relatively small game like whitetail deer, but as soon as she turned 12 years old, the age requirement for this particular hunt, she entered her name in the draw and was selected. Needless to say for the young hunter, this trip was highly anticipated. She even had a new rifle, a stainless Howa 1500.

“It’s a pretty good sized gun, I really like this gun,” said Alyssa.

Just two days into the trip, Alyssa and her father were on the edge of a meadow in New Mexico’s unit 52, just south of the Colorado border, hunting from behind a blind. After having no luck, Alyssa and her dad decided to take a better look at the meadow to see if the elk had come out to feed on the mountain. The pair had walked about 200 yards when Joshua realized he’d left the shooting sticks in the blind.

“I decided to head back up to grab them and told Alyssa to sit tight,” Joshua remembers.

“I already had a feeling that something was watching me or something, but I didn’t see the cat until it was close,” said Alyssa.

Without a moment’s hesitation, Alyssa shouldered her rifle and fired. She was prepared to shoot again, but one shot from the 30-06 was enough. The bullet had skinned the cheek, hitting the lion facing her at the junction of neck and shoulder, traveling the length of its body, killing it instantly.

“The cat instantly flopped over right there, of course I kept my gun on it just in case it got up or something like that,” Alyssa recalled.

Immediately upon hearing the shot ring out, Joshua Caldwell ran back to his daughter, thinking she had just bagged the elk they were after.

“He said ‘where did they go,’ and I said I had shot a cat, and he came and saw the cat that close and fell to his knees and got emotional,” Alyssa continued. “I definitely could have died, it was probably like seconds away from the cat pouncing on me.”

The lion appears to have been in classic predatory mode, stalking the smaller prey in the opportune moment that the larger animal had left its young unprotected.

Following the incident, the cat was confiscated, but the Caldwells were allowed to continue their hunt. Just two days later, Alyssa bagged a 6x4 bull elk at 375 yards, harvesting enough meat for an entire year.

Most states have designated hunting seasons for mountain lions, and killing one without a tag is a violation, unless the hunter can prove self defense. Game wardens conducted a full investigation and concluded that Alyssa did indeed act in self defense.

While mountain lion attacks are rare, they do happen. Just this September, a six-year-old boy was attacked and injured after a mountain lion stalked his family in California. Wildlife officials advise fighting back when attacked, and to keep facing the animal if possible.