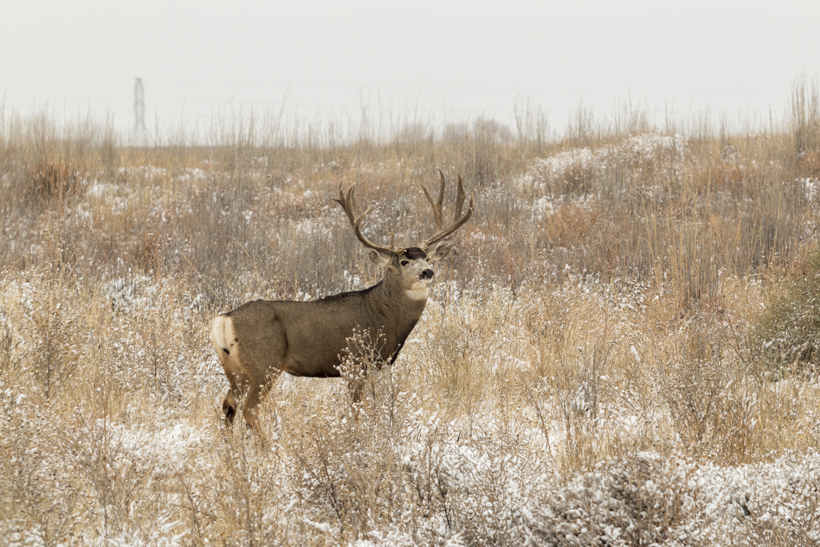 Wyoming mule deer are getting a much-needed boost from state wildlife officials.

The Bureau of Land Management (BLM) Pinedale Field Office and Wyoming Game and Fish Department (WGFD) have completed the first portion of one of the most extensive mule deer restoration projects the state has ever seen.

The ten-year, $3 million habitat project for mule deer will cover nearly 30,000 acres in the Wyoming Range, extending from south and east of LaBarge to northwest of Big Piney, Wyoming. The project is one of the biggest of its kind and will include controlled burns, mowing, chemicals and other treatments to improve crucial winter and transition habitat for mule deer.

“I would say this is one of the larger scale projects as far as looking at a landscape in a holistic way,” said Jill Randall, Pinedale habitat biologist for the Wyoming Game and Fish Department. “That was very intentional. We wanted to do that because of the importance of the Wyoming Range Mule Deer Herd.”

Mule deer numbers across most of the state have been declining for decades. Game and Fish reports 33% fewer deer now than there were 20 years ago. Fawn numbers are also alarmingly low, with the agency reporting 20% fewer fawns per does.

The factors contributing to this decline vary depending on the herd’s location, but largely include weather, competition with white-tailed deer and elk as well as predation. The one consistent factor, however, is habitat. It’s also the factor that land management agencies believe they can improve.

For years, Game and Fish, the U.S. Forest Service and the BLM have made a number of efforts to compensate for aging plants and lack of fires. But most of the projects are relatively small and isolated.

This is where this project differs. Rather than focusing on 1,000 acres and having to undergo a rigorous permitting process to complete another 1,000 acres years later, Game and Fish and the BLM compiled 28,000 acres of land and will spend the next 10 years improving it.

The treatments to the land will be administered in a mosaic pattern in order to have maximum impact with minimum disturbance and include mowing sagebrush, bitterbrush, mountain mahogany, salt desert shrub and aspen, aeration, seeding, pitting, fencing, conifer thinning and prescribed burning.

“We wanted a mix of age classes, and so we will do another treatment in five or six years and stagger the disturbance,” Randall explained.

Some of the efforts will take a few years to show their results, but the results should last for decades.

Though the project will not necessarily repair all habitat issues in the area, especially the damage caused by energy and residential development, it certainly will help.

“Anytime you do something positive for habitat, it can help the animals,” maintains BLM wildlife biologist Rusty Kaiser. “If you lost 30% of your deer to development, I don’t think you can say this will bring 30 percent of the deer back, but it’s a biological and ecological principle that if you can improve the habitat, deer numbers will improve.”

The vegetation treatments will also benefit other animals in the area include sage-grouse, pronghorn, elk, moose and migratory bird species.