“The Rabbi” poacher sentenced for crime 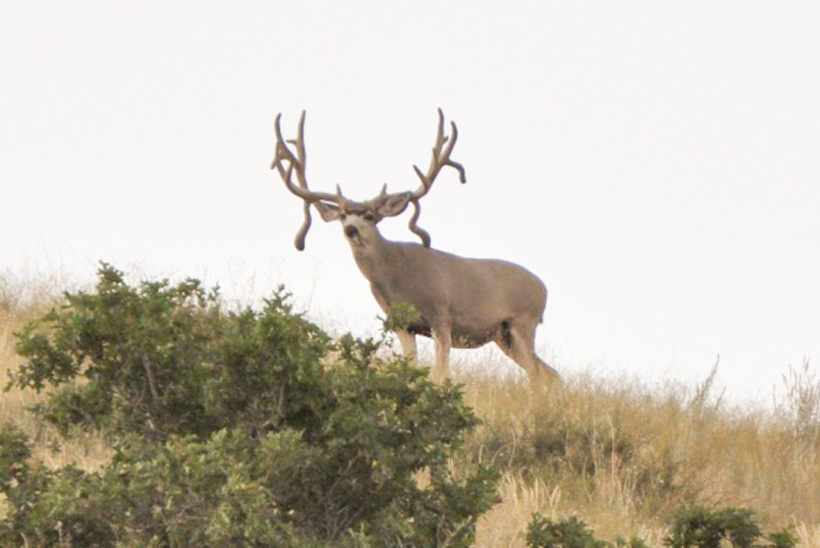 Stephen Dick Rueckert, the Utah man convicted of killing “The Rabbi,” a trophy mule deer that roamed the Beef Hollow area within Camp Williams, back in 2011 has finally been sentenced for his crime. Rueckert was convicted of wanton destruction of protected wildlife and could have faced up to five years in prison among other fines, but was recently granted a new trial based upon faulty jury instruction.

According to the Salt Lake Tribune, Rueckert decided to plead guilty to a lesser class A misdemeanor count of attempted wanton destruction of protected wildlife rather than go through another trial. As goHUNT previously reported, Rueckert allegedly shot the trophy buck in Camp Williams, where hunting is prohibited. Once the investigation was launched, officers located the antlers at a taxidermist based upon an anonymous tip, which lead them to Rueckert.

Rueckert says the buck was shot non-fatally outside of the National Guard training site and that he then tried to track the animal across the border where he issued the final shot, according to the Salt Lake Tribune. Yet, the sergeant that discovered the buck – stripped of its head, backstraps and hindquarters – didn’t find any superficial wounds that backed up Rueckert’s story.

Rueckert has been sentenced to probation for 18 months and ordered to pay a $100 fine and $8,000 in restitution to the Utah Division of Wildlife Resources. It appears that despite the crime and evidence, Rueckert did not have his hunting license suspended. Do you think he was fairly punished?