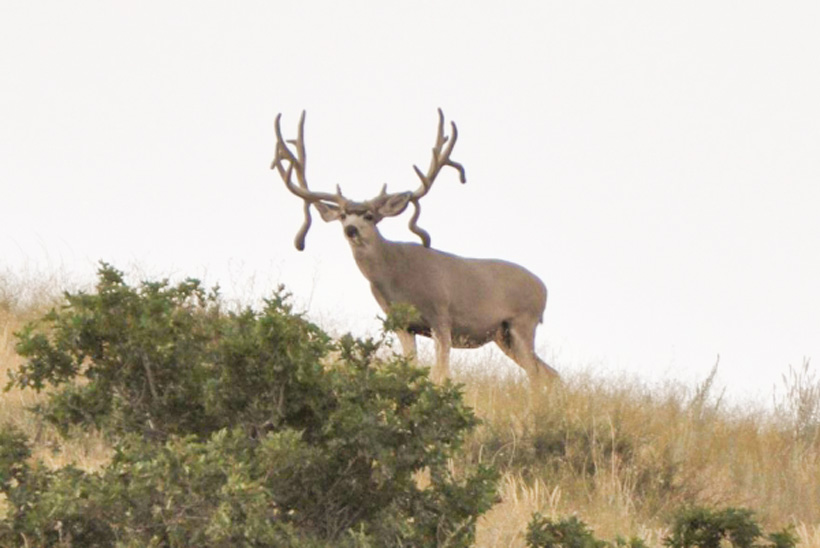 In 2011, Stephen Dick Rueckert killed “The Rabbi,” a trophy mule deer, in the Beef Hollow area located within Camp Williams, a National Guard training site operated by the Utah National Guard. On Wednesday, Rueckert was convicted of wonton destruction of protected wildlife and will face up to five years in prison among other fines.

The large mule deer had been nicknamed “The Rabbi” by soldiers because of its “very large and uniquely shaped antlers,” and had been seen at least 30 times around the camp, according to The Salt Lake Tribune. It was found dead by a camp sergeant on Oct. 24 missing its head, backstraps and hindquarters.

According to court documents, the sergeant was investigating shots reported in the area when he found the deer about two miles within the camp’s borders. Hunting is never allowed within Camp Williams.

While the Utah Division of Wildlife Resources conducted an investigation, an anonymous tip came in: the deer’s antlers – one-of-a-kind and measuring 37” wide – were in a local taxidermy shop. The taxidermist identified Rueckert and the rest falls under unfortunate poaching history.

Because the antlers were so wide, making “The Rabbi” a trophy deer, the rack was valued at $8,000, according to court documents. Yet Rueckert hangs in limbo, awaiting his final sentencing now that he has been convicted of this third degree felony. His final sentencing occurs Nov. 9.

Poaching never pays and officials believe that for as many poachers found, that many go free. If you ever spot suspicious or questionable behavior, please contact your local conservation officer immediately.