RMEF calls for a stop to animal activist propaganda 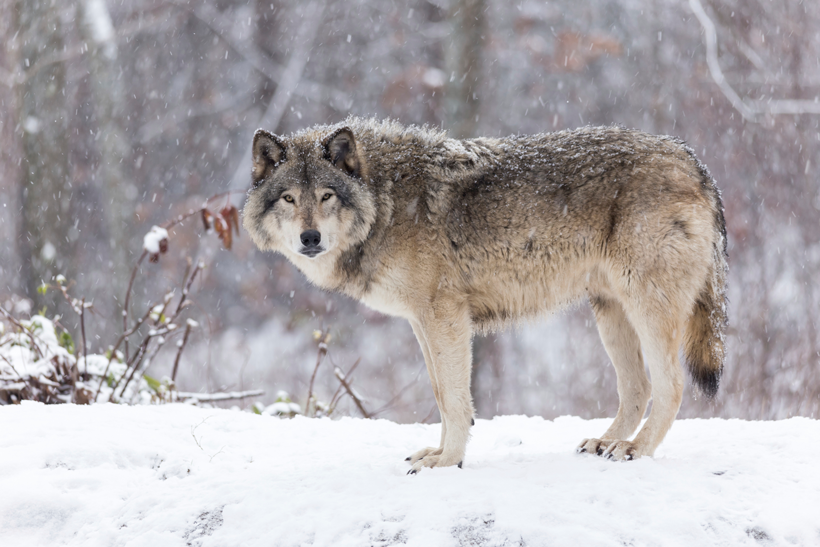 Gray wolf conservation is a hot topic these days with several high profile stories covering pack populations, poaching, and hunting and while these stories focus on the facts, several animal activist organizations continue to push misleading propaganda into the media.

The Rocky Mountain Elk Foundation (RMEF) is calling on groups like the Center for Biological Diversity (CBD) to stick to the facts surrounding this controversial subject rather than twisting information to raise emotions and request donations to further their organizations. Specifically, the CBD continues to target Idaho’s wolf numbers, stating that pack numbers are on the decline when Idaho Fish and Game officials’ count shows packs holding steady at a healthy number.

“A few advocacy groups chose to take the breeding pair metric out of context to make claims that Idaho wolves are ‘teetering on the brink of endangered status once again.’ That’s hogwash,” says Virgil Moore, Idaho Department of Fish and Game (IDFG) director. “And it’s the kind of polarizing misinformation that undermines responsible wildlife conservation and management in Idaho.”

RMEF believes that groups like CBD cause much more harm than people realize, especially when looking at the number of lawsuits filed by groups like CBD. A 2012 report showed that the federal government defended more than 570 Endangered Species Act-related lawsuits (including wolves) over a four-year period that cost U.S. taxpayers more than $15 million in attorney fees.

“Groups like CBD excel at taking advantage of the Equal Access to Justice Act (EAJA) which was never intended to fund lawsuits by NGOs to promote ideology. What they don’t excel at, to say the least, is conducting wildlife counts,” says David Allen, RMEF president and CEO. "Groups like CBD do not really want states to manage wolves and they don't really want states to be successful in managing wolves. Facts are facts and it is a clear fact that none of the states managing wolves in the Greater Yellowstone Region are remotely close to low numbers of breeding pairs or total wolf population.”

IDFG will release its final 2014 wolf population estimate in March. Officials predict population counts to be over federal recovery levels. The estimate as of December 31, 2013 was more than 500 percent above minimum recovery levels agreed upon during wolf reintroduction in the mid-1990s.

“The bottom line is Idaho’s wolf population is not endangered in the least and it’s vital that state management remain in place in order to whittle the population closer to balanced recovery levels where they should be and where EVERYONE agreed the numbers should be. CBD did not object to the recovery goals in 1995, but now they and other groups like them pretend they never heard of the recovery goals,” says Allen. RMEF has conserved over 6.6 million acres for elk and other wildlife and works to open and improve public access, fund and advocate for science-based resource management, and ensure the future of hunting for the next generation.