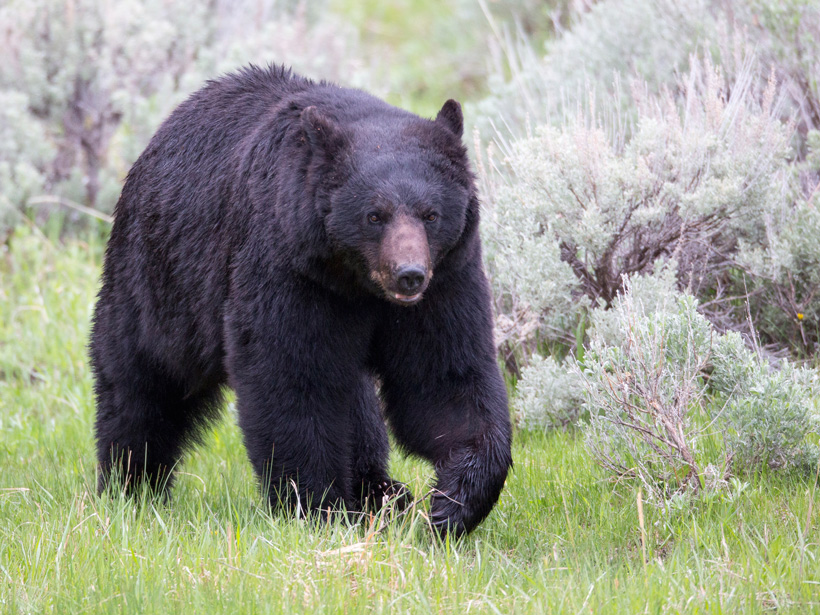 Montana has had its fair share of poaching cases over the years, but this one takes the cake. James “Jimmy” Harrison of Darby, Montana has pleaded guilty to felony charges of unlawful possession of a game animal for nine bears killed between 2009 and 2014. It is the largest bear poaching case in Montana’s history.

Harrison, who is accused of being the ringleader of the entire poaching operation, now faces a maximum of 45 years in prison and a $250,000 fine. He will be sentenced on Aug. 28, according to The Missoulian. In addition to the felonies for the nine bears, Harrison was also accused of tampering with a witness, two counts of tampering with public records and tampering with photographic evidence yet he is only one of three men charged in the case.

The other men, Richard Sublette and Kyle L. Whyard, also pleaded guilty to misdemeanor charges. Sublette was sentenced to 180 days in jail with 173 suspended, $3,705 in fines and restitution and had his hunting privileges revoked for five years. Whyard was sentenced to six months in jail with all but 14 days suspended as well as $5,105 in fines and restitution and his hunting and trapping privileges revoked for five years.

But it was almost as if Harrison wanted to get caught since the investigation, which began last June, was initiated after Harrison contacted a game warden to report that two of his hunting partners killed a bear in the Trail Creek area of the Big Hole Valley, according to The Missoulian. Upon further investigation, officials uncovered the bears and one still had Whyard’s bear license taped to its leg. Authorities then received an anonymous call, tipping them off that Harrison was the one baiting the bears. Baiting bears is illegal in Montana. Once confronted, Harrison eventually offered details on the nine bears that had been killed between 2009 and 2014.

Harrison has already been convicted of baiting bears as well as other illegal activities in Beaverhead County. He remains free until sentencing.