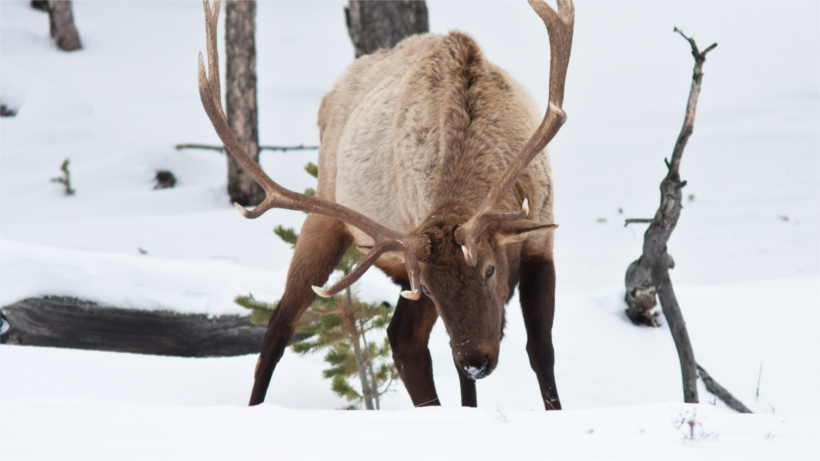 Last night, the Idaho Department of Fish and Game (IDFG) discussed the possibility of culling cow elk within the Pioneer Elk Management Zone by creating more hunting opportunity and increasing license fees this season during a three-hour public meeting attended by 50 hunters. IDFG also provided an update on how supplemental winter feeding is helping elk and deer herds this winter.

Because elk herds have increased within the Pioneer Elk Management Zone – a region that covers the Pioneer Mountains, the White Cloud Mountains and areas east and north of Trail Creek Summit, IDFG would like to bring the numbers back to a sustainable level, according to the Idaho Mountain Express. To do this, IDFG has proposed bringing hunters in to help them out.

“There’s probably more elk per square mile there than anywhere else in Idaho,” says IDFG Regional Wildlife Manager Daryl Meints, adding that IDFG would like to see the number of cow elk drop from 6,700 to 5,600. To do this, IDFG has proposed the following two options, which, according to the Idaho Mountain Express, will be open to public comment until Feb. 26:

In addition to the increased hunting opportunity proposal, IDFG requested a license increase of $5 to adult resident hunting licenses, $2 to junior or senior licenses and $10 to nonresident licenses to “help prevent and provide compensation for crop depredation by wildlife and obtain more public-access agreements with landowners,” according to the Idaho Mountain Express. If approved, this will be the first time the license fee has increased for residents since 2005.

Lastly, IDFG discussed the current outcome of the deer and elk supplemental feeding program – a program that boosts fawn survival during harsh winter months. This winter, IDFG has fed hay to 1,700 elk and specially formulated feed pellets to 900 deer at 24 sites within Blaine County, according to the Idaho Mountain Express. While mild winters have helped herds in the past, Meints believes this winter more deer relied on this supplemental food source for survival.