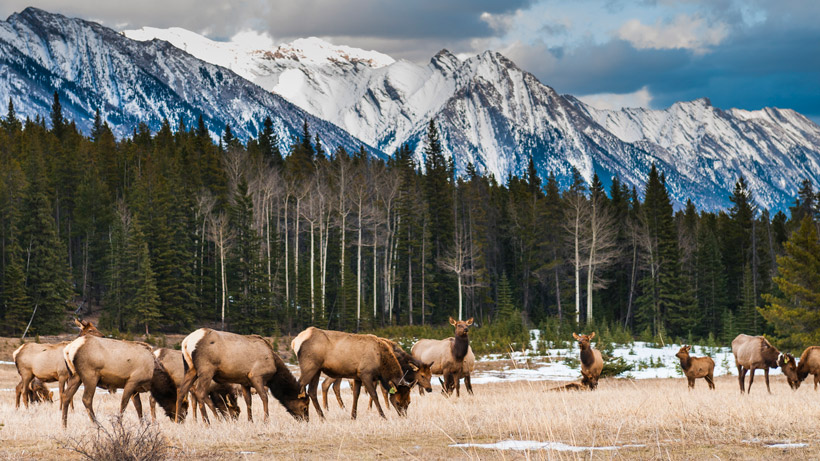 Elk are definitely flourishing within the Bitterroot Valley in Montana. Since 1965, Montana Fish, Wildlife and Parks (MFWP) have conducted annual spring elk counts in order to monitor herd health and migration routes. This year’s tally discovered a 7,768 elk. Coupled with the estimated 400 elk hidden from view, hunters will have a lot of opportunity come elk season.

Some years, elk seem to favor one side of the Bitterroot over the other; this year? MFWP biologist Rebecca Mowry confirms that “there were plenty of indications the elk herd is doing well on both the east and west side of the valley,” according to the Missoulian.  This includes Hunting District 250 – a restricted unit located in the West Fork where MFWP biologists were allowing herds to stabilize – where Mowry discovered solid numbers of both calves and bulls.

“I was afraid that we might have arrived a little late for that district this year, but it was actually awesome,” Mowry told the Missoulian, adding that she found the highest bull-to-cow ratio since 2002.

Whether the high numbers of elk are a result of low predator populations or low hunter harvest, this year, there are plenty of bulls to pick from. Elk within Hunting District 270 – located in the East Fork of the Bitterroot – are over objective, though current numbers (3,956) are down a bit from last year’s tally (4,018), according to the Missoulian. However, bull numbers in HD270 are up – which “should mean good things for hunters this fall,” says Mowry.