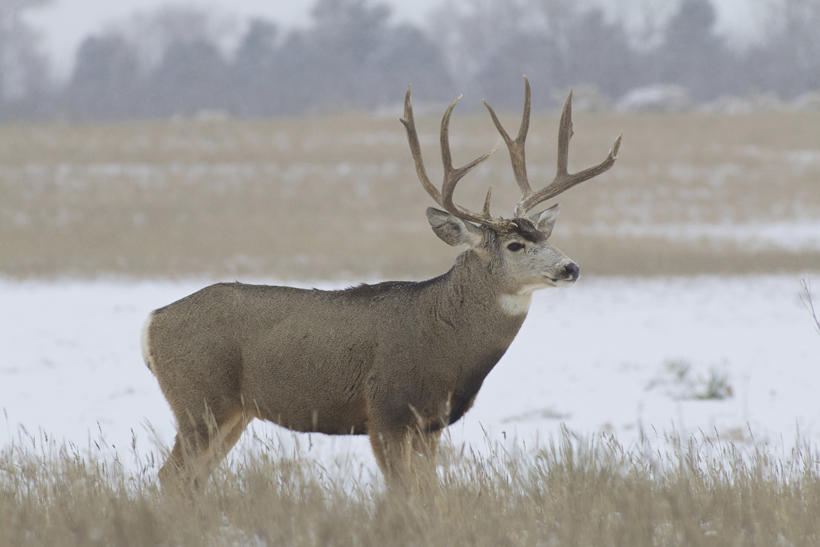 Gun shots rang out on a January afternoon in Roaring Fork, Colorado as John Aaron Gollman allegedly shot and killed four mule deer: three bucks and a doe. Gollman told police that he was hungry, claiming that he shot the mule deer for meat. He says that he shot the doe first, then the bucks, using a Ruger M77 .270 rifle that was given to him by his father when he was 13 years old.

All shots were fired in the direction of houses, populated areas, or toward Valley Road in the Roaring Fork Valley. A neighbor heard the initial shots and saw a buck stumble 15 to 20 yards before falling, according to the Vail Daily. Her husband spotted Gollman’s truck and attempted to block his escape by turning his truck sideways in the intersection, but Gollman turned west and drove away. The neighbors quickly relayed a description of his truck and license plate number to authorities who easily located him at his home.

According to the police report, Gollman admitted to police that he “whacked them” and told officers he was ashamed before officers read his Miranda rights. Then Gollman stopped talking. He now faces 18 criminal charges stemming from poaching the four deer and possible fines up to $442,250 as well as 15 years in jail. He is currently free on a $5,000 bond and returns to court on May 5.

At least the meat did not go to waste. Authorities recovered the carcasses, field dressed them and donated the meat to local charities.