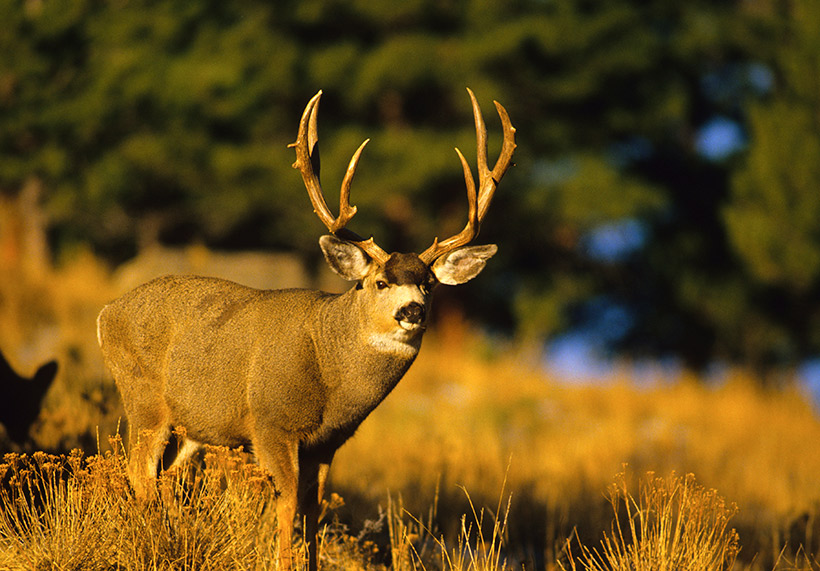 Conservationists have initiated a $2.1-million campaign that would allow them to purchase private land that is a bottleneck to the longest known mule deer migration route in the country.

The Conservation Fund secured a contract to purchase 364 private acres of land in Sublette County. The property stands at the outlet of Fremont Lake near Pinedale and is owned by Donald W. Whitaker. It was already listed for sale before the Conservation Fund got involved.

“Their intent was to sell the property,” Luke Lynch, the group’s Wyoming director, told WyoFile.

The land could be served by town water and would have likely been divided into smaller parcels. As such, it could have been developed, ultimately closing off a 400-yard wide bottleneck used twice a year by up to 5,000 mule deer. The deer travel 150 miles from the Red Desert to Hoback Junction in what researchers say is the longest mule deer migration ever recorded.

“If that were to get divided up you’d have a severe block,” Lynch explained. “Those deer cross Pine Creek single file onto this property. Seeing it subdivided and developed, it would be a real bummer.” 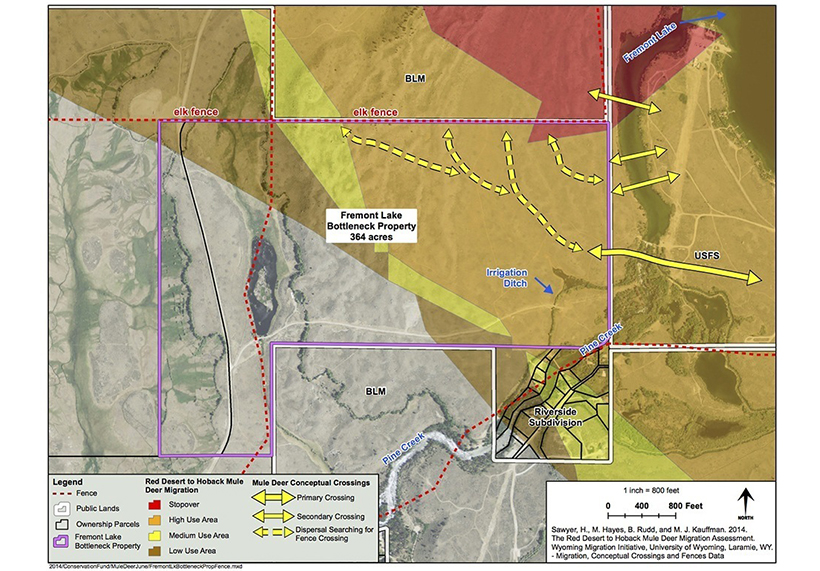 To make matters worse, the Whitaker bottleneck property is surrounded by a number of other obstacles and places where people recreate. Fremont Lake is one clear challenge; some deer habitually swim its outlet and run the risk of falling through thin ice in the spring.

There is also private land, residential areas, a marina and multi-use recreation trails nearby. All of these factors pose serious challenges and obstacles for the mule deer migration.

Recognizing the potential threat the sale posed to the mule deer migration, conservationists rallied behind the drive to purchase the parcel of land.

“It’s a rare thing — in my over 15 years doing land conservation work — to have a group of biologists call you and say ‘You’ve got to do something about this property,’” Lynch says. “This is a key, key link.”

Despite the support behind the cause, conservationists are well aware of the magnitude of work that lies ahead.

“This is not going to be an easy task,” Lynch admits.

The Conservation Fund has three months to complete the purchase.

Still, “We’re thankful that they’re willing sellers and that they’ve given us a chance to buy it. They’re good to work with.”

If the Conservation Fund does secure the property, it plans to relocate an elk fence on the north lot line. This would facilitate the migration while still retaining function of the fence, which is designed to separate the elk from private property and livestock.

Lynch also explained that rather than owning the land permanently, the Conservation Fund would eventually like to find a buyer who would keep the property’s pastures open and accessible.

“The ultimate goal is not to even be in the management of that property,” Lynch commented.