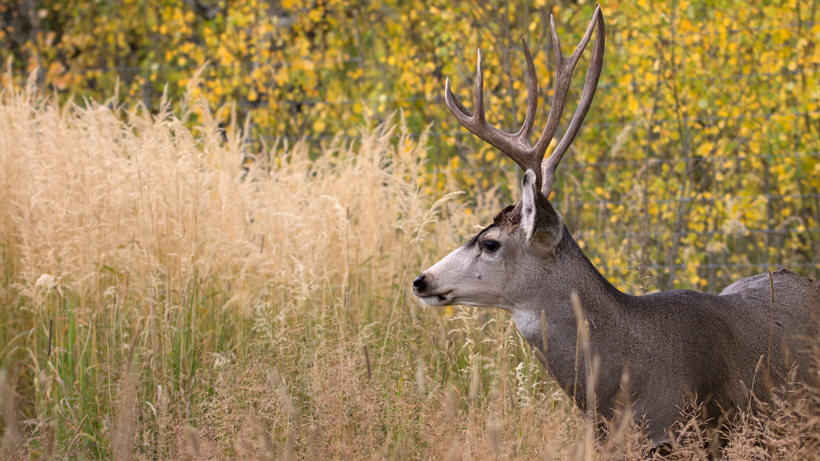 What they found surprised them: a genetic mutation that “slows down disease progression” in mule deer herds where CWD has been present the longest. Melanie LaCava and her team said that, while “disease driven natural selection is difficult to study…this gives strong evidence to the hypothesis that the disease is what’s influencing mule deer genetics and making this mutation more common,” according to WPR.

However, what that means for future mule deer is still unknown. If the mutation allows infected deer to still procreate before they die, herds could continue to grow despite the continued prevalence of the disease.

“So maybe the populations won't decline as much (from CWD) if this mutation becomes more common,” said LaCava. “But the downside is that one of the ways that deer contract CWD is through the environment, and so if an animal's living longer, it might be the case that they’re spreading these infectious prions into the environment longer, or they’re coming into contact with more deer before they die. And so if that’s the case, then sure, maybe that animal produces one or two more offspring, but maybe they're spreading that disease to many more deer than they would have if they died faster of CWD.”

The research could also be used for future deer management strategies.

“That was one of our hopes is that this work can feed back into population models where wildlife managers are trying to predict, are populations increasing? Are they declining? How many deer can we harvest from different areas? And how does disease intersect with those kinds of decisions that they're making about management,” said LaCava. “And knowing how this genetic mutation is affecting that whole network of disease dynamics can hopefully be one more piece of information that goes into those population models.”

While the genetic mutation was confirmed in the mule deer samples obtained from WGFD, LaCava and her team also have samples from whitetail deer, elk and moose and plan on analyzing those samples for similar mutations.

“We started with mule deer because mule deer had the highest prevalence of CWD in Wyoming and there's also been evidence of population declines associated with Chronic Wasting Disease in mule deer in the state. So it was definitely a management priority for the Wyoming Game and Fish Department and we like to target these big management issues head on,” said LaCava.