What’s the real cost of drawing that coveted tag? 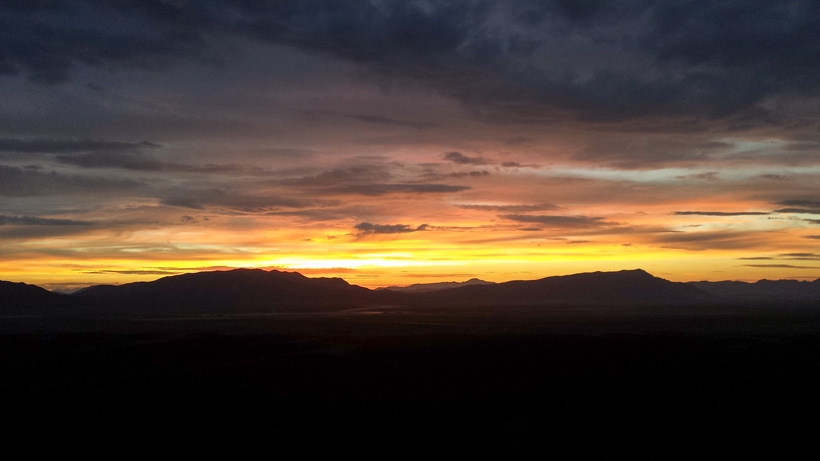 Most things in life are affected by supply and demand and hunting is no exception. Some of the most coveted big game tags across the Western states are hard to come by because of limited availability. The most coveted tags are very low in supply and extremely high in demand. Yet, every year, thousands of hopeful hunters opt to play the odds in the draw system by applying for the few tags offered during the most opportune season dates in units known for producing the biggest of trophies. But it’s not uncommon for some of these tags to take well over 10 or 20 years to draw. How does applying for more than 10 years impact your overall cost for that coveted tag? Is it more than you bargained for?

Tags are the most expensive part of the equation. Yet, in most cases, this is an expense that we are all happy to pay. The majority of the Western states only charge you a tag fee if you are fortunate enough to draw. The fees for the tags vary based on the state and species that the tag is valid for. If you apply with a credit card, it is important to make sure that you have the availability on the card should you be fortunate enough to draw. Some species tags can run well over $1,000. This is why it is also important that your credit card company does not reject online charges for large amounts. Could you imagine spending years applying and finally drawing that coveted tag only to have the payment declined? Some of the states will give you a second chance to make funds available if a transaction is declined, but that is not a risk that hunters should take.

Beyond the cost of the species tag and annual hunting license, you may also be required to pay another small expense before you can actually head afield. These additional costs are commonly called Habitat Stamps, Conservation Stamps and validation fees. Even though these are generally low cost items, they can be a burden when the fee is not charged automatically upon being drawn. Make sure that you reference the State Profile for the state that you are planning to hunt before you make your trip. Purchasing all of your required stamps and/or validations ahead of  time will allow you to focus on your hunt rather than paperwork.

Upfront vs if drawn 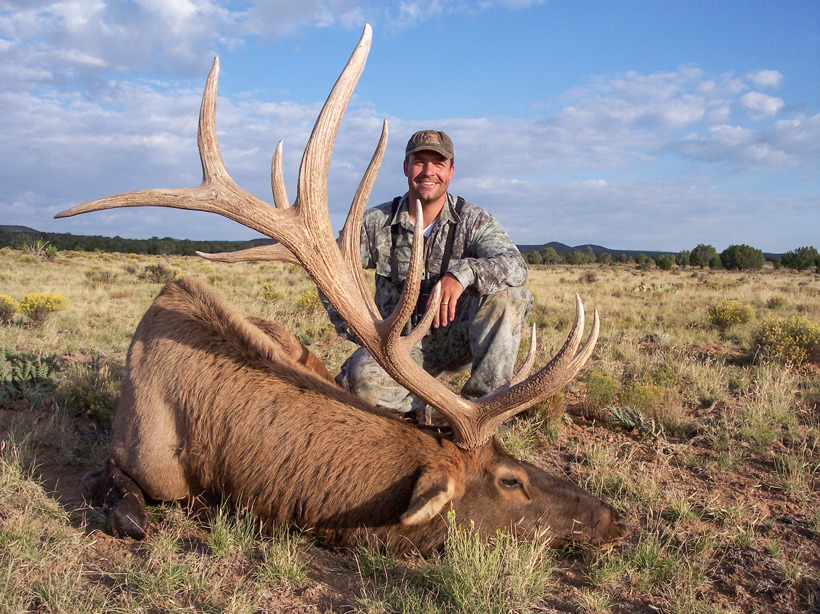 One of the biggest factors when assembling an annual application strategy is the float. The float can be defined as the amount of funds that you have extended at a given time. Several states are now charging the tag fees only if you are successful in the draw, but there are some states that require tag fees to be paid upfront at the time of application. In these “upfront states” the tag fees are then refunded if you are not drawn. Fronting the tag fees at application time can be costly, especially in states like Colorado and New Mexico if you decide to apply for several species. It is easy to find yourself floating several thousand dollars.

When states collect the tag fees upfront, it can be difficult to come up with the needed cash for the float. Fortunately, they are refundable if you are not drawn. Most hunters have a budget that they can float or spend at application season. If you have a lot of cash extended floating tag fees, this may interfere with you being able to apply for some other states. Timing and planning is key here. For some guidance on ways to save money for your next hunt, you can check out this article.

The real cost of drawing

So just how much does that long awaited tag cost? The answer to this question is fairly complex. Some would say that it is simply the cost of the current year’s tag and hunting license. In my opinion, that is only partially true — unless you are fortunate enough to draw the tag in the first year of applying! It is incredibly rare for someone to draw the dream tag during the first year of applying. It is far more common for it to take over ten years to draw a premium tag in just about any state for any species. 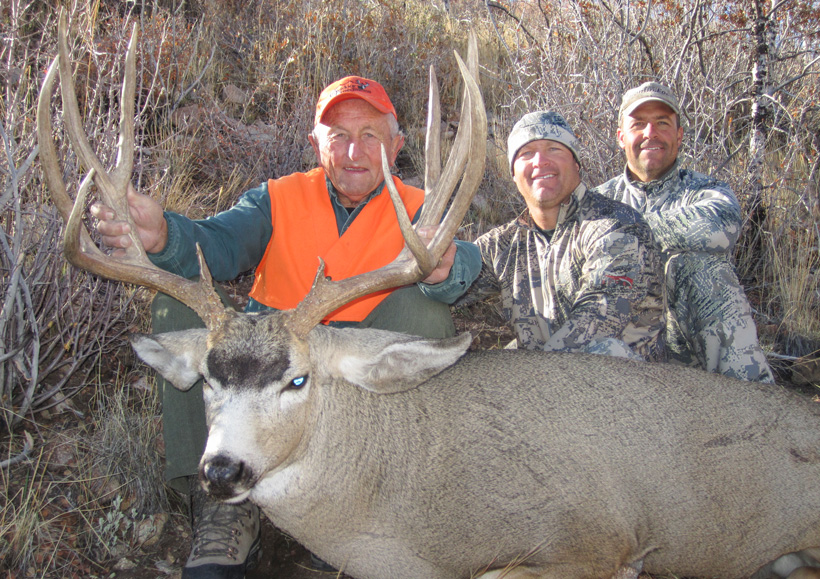 Ted Mellotte with his Henry Mountains mule deer that Dave and Pat Loescher guided. He drew this tag after waiting for 17 years and he drew the only max point draw tag out of 18 applicants.

To illustrate the actual cost to draw, I would like to use a personal situation of mine related to Nevada mule deer. I have 12 bonus points for mule deer going into the 2016 Nevada big game draw. This means that I have been unsuccessfully applying for mule deer tags in the state of Nevada for 12 years. Assuming that I finally draw a mule deer tag this year in Nevada (hopefully all you readers assuming this will actually send me some luck to finally draw!), if I do draw in 2016, then I will have applied 13 times in order to receive one Nevada deer tag. In order to calculate the true cost, I need to take the current year’s fees as well as the previous 12 years nonrefundable fees, which also include the annual hunting license. Here is an illustration of just how much my upcoming (I hope!) Nevada deer tag will cost me. For simplicity, I will assume that the cost of the nonresident hunting license has been the same over the past 12 years.

The cost after 13 years of applying and finally drawing is significantly more than the annual cost if drawn in year one. It is nearly six times higher in this illustration.

What about the once-in-a-lifetime species like desert bighorn sheep? When it comes to Nevada, I hope to draw a desert sheep tag at some point, but I am a realist and I anticipate this taking me at least 30 years before I actually draw. I realize that Nevada is a random state in the way they allocate and draw tags and that someone could get lucky and pull a sheep tag much earlier, but waiting 30 years is very realistic. Let run the same illustration for Nevada desert sheep assuming that I draw on my 30th year of applying.

At $5,955 after 30 years of applying for a desert sheep tag, I would still consider this a good investment for an opportunity to hunt sheep. Compare this cost with the going rate of a purchased desert sheep tag in Sonora, Mexico and this is an obvious bargain.

30 years of applying for a NV sheep tag

To view it another way, this graph shows just how invested you are for a sheep tag by your sixth year when your total application cost up to this point is nearing $1,000 in nonrefundable fees. The spike in the graph on year 30 due to the price of the nonresident sheep tag that is only charged to you when you draw. The odds that you could be waiting longer than 30 years is very high...

It could be argued that this illustration is not completely accurate due to the annual hunting license being valid for all big game species. That is a valid point if someone does actually draw a tag for multiple species over the years in a given state. Just remember that if you actually draw additional tags in the same state over the years that the extended annual hunting license fee will be less.

I have met a few hunters through the years that are not buying points across the Western states through the public draw system. Their reasoning is that they would rather just purchase their premium tags. Landowner tags offer the option to avoid the draw and get your hands on a premium tag. When considering a premium deer tag in a landowner tag friendly state, the price is not usually cheap. My Nevada deer application is typically filled with choices that are not easily drawn in a short amount of years. The rule of thumb in landowner tag pricing is that the price is usually indicative of the rarity of the tag as well as the years that it would take to draw the tag. Simply put, the longer it takes to typically draw a tag, the higher the cost. One of the units that I would hope to draw in the next year would cost me about $8,000 for a Nevada landowner tag in the same unit. That is if I could even find one to purchase because they are rarely available. Spending $2,300 over 13 years is obviously less than the $8,000 cost for the tag today. The truth is that just 12 years ago (when I just began building points for deer in Nevada) this same landowner tag was available for about $3,000.

Waiting over a decade for a premium deer tag or over three decades for a once-in-a-lifetime sheep tag is not an easy thing to accept. We simply need to get out in the field and satisfy our craving to hunt and hone our skills. Purchasing a landowner tag is a viable option. I would recommend that everyone apply and build points even if they want to purchase a landowner tag. A landowner will allow you to circumvent the draw and hunt while still building points.

Over-the-counter or leftover seasons are the inexpensive option. While these may not be available in the very best of units, they will provide a way to satisfy that hunting craving while waiting to pull that coveted tag down the road.