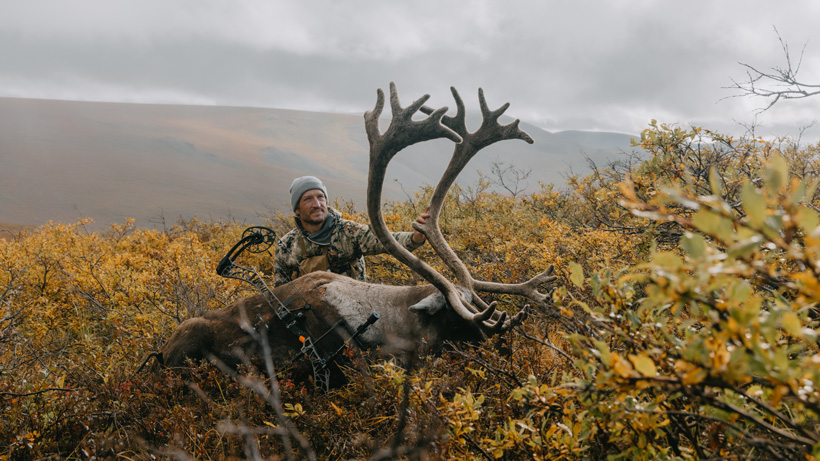 I went into my 2021 with a pile of permits and more optimism than I have had in a number of years. I drew an Arizona archery antelope permit I hadn’t anticipated, picked up an over-the-counter (OTC) Idaho archery elk tag in an area I had wanted to hunt and I had a second season deer tag in Colorado on a year when hunt dates and weather were supposed to align perfectly. In addition, I had a DIY drop camp caribou hunt on the books as well as general deer and elk tags in Montana! I had done my homework and obtained the permits that would allow me to have one of my best seasons yet. Unfortunately, as I look back on my season, that was not the case. This past fall was probably my most unsuccessful year to date in terms of filling permits. But it wasn’t a failure and I would never consider it as such. 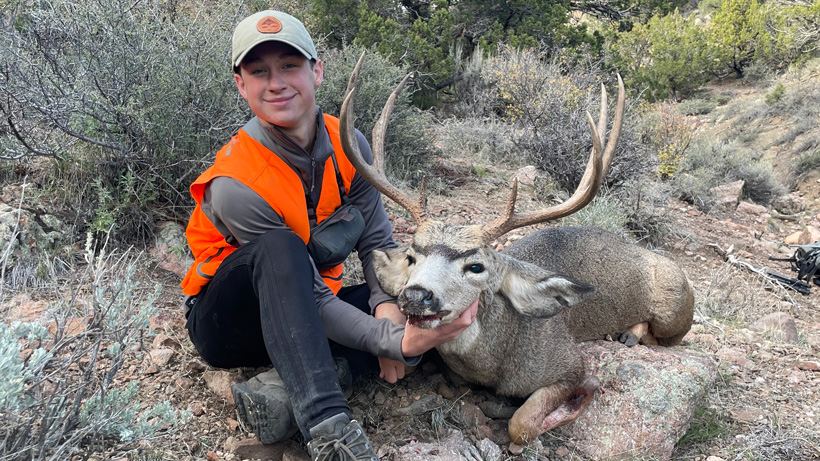 I saw some incredible country, got to hunt with good friends and was able to help my oldest boy, Landon, take two nice mule deer bucks. I made good memories, but even still, I have been thinking about what went wrong and how I can correct that going into 2022 with some New Year’s hunting specific resolutions

Is having too many permits a bad thing?

This is a question I have been asking myself in recent years. Having multiple permits in multiple states isn’t a bad thing per se, but I would suggest it has made it more difficult for me to meet my personal objectives. Let me explain. I have been hunting most of my life and, as is the case with most hunters who have spent a long time hunting, my goal is no longer simply to fill a permit. For the most part, my goal is to fill my permit on a bigger buck or bull. I’m not trying to fill a trophy room, but I do like the personal challenge and sense of adventure and accomplishment I have felt when I have scouted hard and taken a bigger buck or bull. When I think about the years when I was more successful in taking a trophy quality animal, I was not hunting as many permits in the same year. Interestingly enough, I was spending a similar amount of time in the field, but I was using it differently. I was scouting a lot more and I was hunting longer on a fewer number of permits. This leads me to my next point: scouting.

I personally know a handful of hunters who consistently harvest mature animals and unequivocally the one thing in common they share is that they spend a significant amount of time scouting. It’s been said that the real hunting is done well before the season starts and that opening day is for killing. I agree with this sentiment and this was something I lacked in 2021. I was not able to put boots on the ground prior to any of my hunts and, given the fact I had several hunts to research, I did not do diligence to any of them in my e-scouting or mapping efforts. In addition, I relied too much on recommendations I had received from talking with other hunters and friends. I talked more and looked less at maps and aerial imagery. That’s not to say I did not get good information, but I probably wasted days in areas where I had been told to go versus listening to my own gut on what I was seeing prior to the hunt and once I got there.

Overall, scouting is a three part process: talking to other hunters/biologists, e-scouting via maps and aerial imagery and, most importantly, boots on the ground/eyes behind binoculars. All are important, but the latter has been the most critical for me in the past. Like most people, my time is limited and I can’t scout every permit, but, in 2022, my plan is to focus my research and try to draw a few quality permits instead of a pile of opportunity types. In addition, I am committing to spending more time e-scouting, researching maps/aerial imagery and, most importantly, spending weekends and even some annual leave out on the ground scouting. The best buck I have ever taken was on a general unit in southern Utah. It was not uncommon for me to leave at 9 p.m. on a Friday after I had helped put my kids to bed and then drive and hike for another four hours so that I could scout Saturday. Those types of trips were critical in allowing me to figure the area out and, ultimately, take my best buck. I would like to get back to this level of effort in the new year.

There were a couple of other areas where I felt like I came up short this past fall and I want to improve in 2022. One was my own physical preparation. I had a great spring and was diligent in running three days a week and rucking with my pack another three days a week. Going into the summer months I was in good shape. When the temperature and my travel schedule for work increased, I began to slack off on my workouts. I was not in bad shape when I left for my first hunt, but I was not where I wanted and needed to be. Physical fitness is not everything, but it’s a big portion of western hunting and looking back, I know there were times when it would have benefitted me to have been in better shape. Perhaps, even more, I know that being in good physical shape adds to my mental health and confidence. I am going to adapt my schedule and resolve to maintain it throughout the summer months. 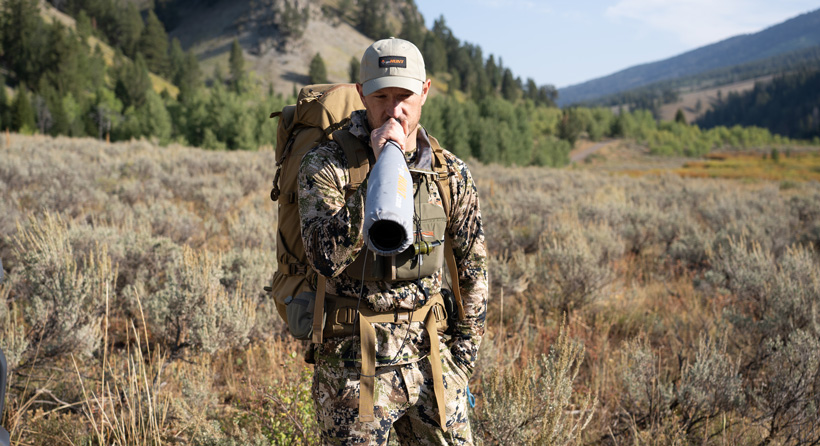 Enhancing my calling skills is something I'm going to work on. Photo credit: Chris Neville

Another area I felt like I missed an opportunity was in developing and improving my calling skills. I have never felt completely confident in my elk calling abilities, but I also have never had to rely on it that much. Over the years, I have been able to utilize other skills and strengths to still find success. My archery elk hunt this fall was tough for me to say the least. Bugling was almost nonexistent, hunting pressure was high and water was abundant. In addition, the area I was hunting was mostly timbered and glassing was only effective very early and right before dark. Sitting water or a wallow was not an option nor was spot and stalk hunting for the most part. I attempted to pick the right ridge or meadow to ambush a feeding bull with no luck. The closest encounters I had were one late afternoon when I was able to get two bulls to bugle in response to a cow call and then another evening when I had a herd bull bugle three times about an hour before dark. In both instances, I closed the gap and utilized calls to try to lure the bulls within range. Although the bulls were close, they would not commit.  I have hunted elk long enough to know that not every bull is going to come in screaming. It’s highly likely that those bulls would not have come in even for a world class elk caller, but I’ll never know because my skills are basic at best. Going into 2022, I am committed to becoming a better elk caller and even more, I am committed to learning more about elk vocalizations. I want to have a better understanding of what I am hearing in the elk woods and then the confidence to respond with a variety of sounds. 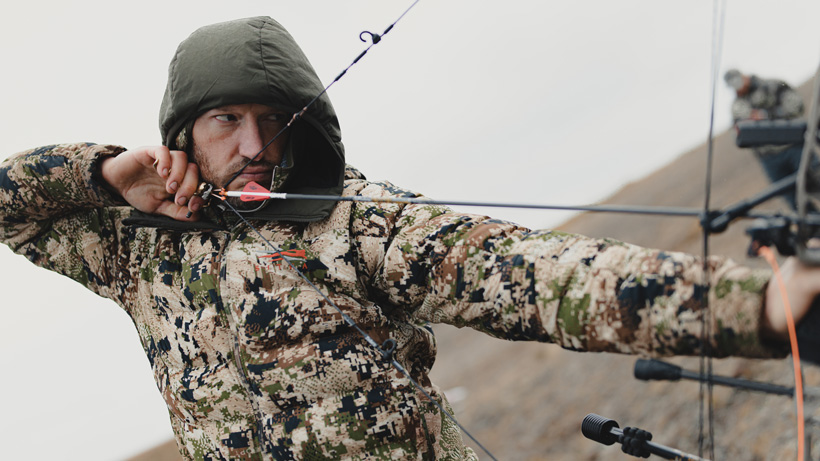 “Know your weapon” is a piece of advice I have passed along many times in regards to bowhunting and, when it comes to archery hunting, I have always felt confident in my rig. I set up and tune my own bow, I build my own arrows and I practice a lot prior to my hunts. When it comes to rifle hunting, I have not been nearly as diligent. I have great equipment, but during most years, I rarely put a half box of bullets down range. There are a few reasons why I don’t practice much with my rifle — one of which is that I do not reload my own ammunition. I use factory loads and those have become increasingly hard to find and more expensive. Another is that I just don’t enjoy shooting a rifle all that much. I much prefer to shoot my bow so I make time for it, but have neglected the rifle range. As you can see, this is building towards a problem. I like to rifle hunt, but I do not feel confident with my setup out to the yardage it’s capable of. This isn’t an issue as long as I am able to maintain the self control to avoid shots that I have not practiced. In Colorado, this fall, I took a shot and hit a nice buck although the shot was not fatal. The distance was not extreme — just under 500 yards — and the conditions were good. I had sighted the rifle in and had the data and dope chart and I used the clicks on my scope to make the adjustment. I had a good rest and all the right equipment, but I simply did not have the detailed knowledge of where my bullet would hit at that distance because I had not verified multiple ranges at the gun range. Going into the new year, I will not make this same mistake. I am planning to purchase the reloading equipment I need and spend real time at the range shooting and verifying my marks. I owe it to the animal and myself to spend the time and effort to make sure I am as confident with my rifle as I am with my bow. I no longer want to wonder whether I should hold high or low, into the wind and how much. I want to know my gun, scope, reticle, bullet, trajectory and, ultimately, my limits.

So, in conclusion, these are my hunting new year's resolutions: