Hunt Mexico & have the trip of a lifetime 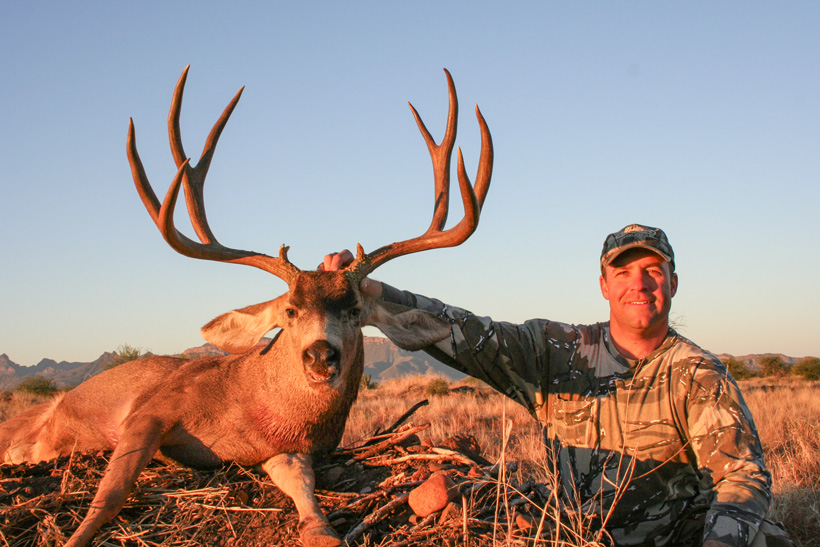 Most hunters know the potential that Mexico has to offer. Wide-racked, dark-antlered desert mule deer and massive, high scoring Coues deer have been harvested south of the border for years. Print and digital media sources showcase these trophies every year causing the curious sportsman to assume that Mexico is a sure thing for a wall hanger. In reality, nearly the opposite is true. The large majority of hunters heading south each year return with bucks that are not what they had hoped for. Overall hunt success on mule deer is actually lower than you would think and the average trophy size is much smaller than a 30” wide buck gross scoring 200” B&C. There are ways to help increase your odds of success on tagging that Mexican dream buck. Knowledge is power when it comes to heading south of the border. This article will give you the knowledge you need to better your odds of success in Mexico. 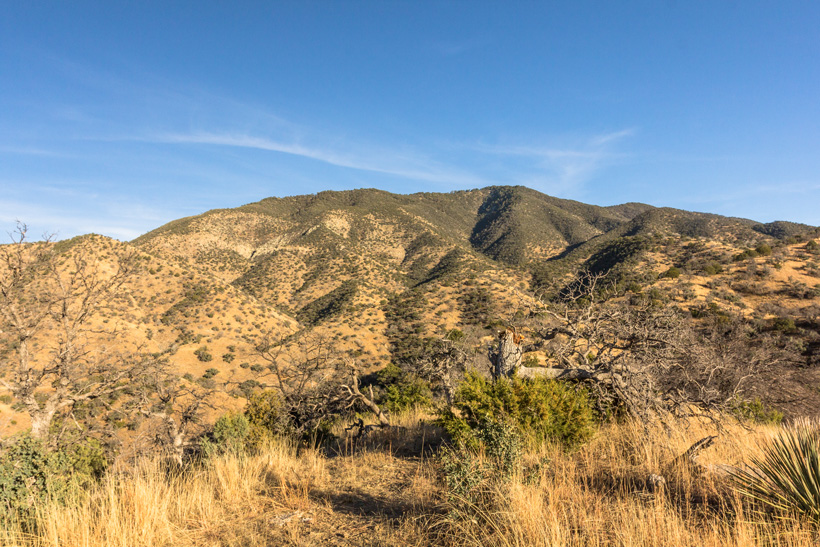 Nearly all of Mexico is private land and the huntable areas are no different. Prior to the start of hunting season, the private cattle ranches are registered with a federal regulatory agency known as SEMARNAP and a biologist is sent to research the property, or group of properties, in order to determine the number of deer tags that can be issued. The ranch is given an UMA identification and the tags are given to the landowner to either hunt himself, sell to hunters or sell the tags to an outfitter.

Who should you trust? 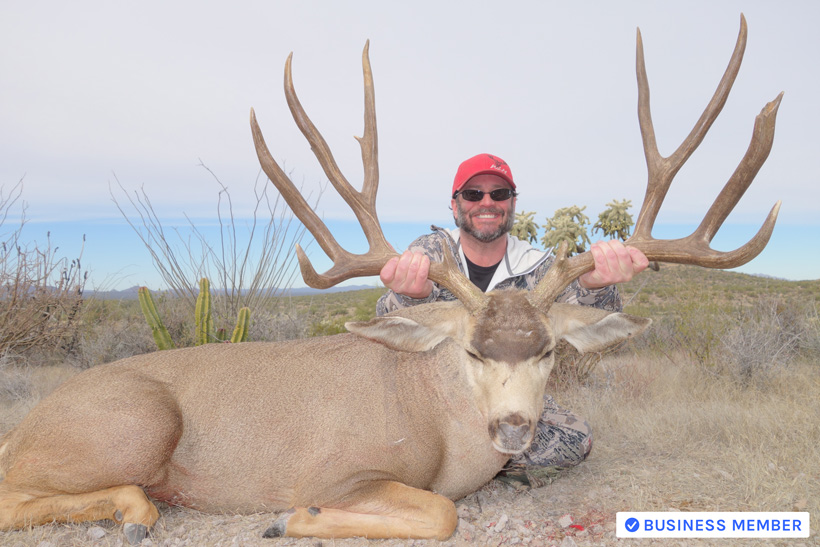 The right outfitter, or operator, is paramount when hunting Mexico. The right operator will have a good reputation with a proven track record, be an honest businessman and already have trophy-producing properties leased. Beware of the outfitter that tries to sell you on a ranch that has never been hunted or a ranch that has not been hunted in over 10 years. Those two statements have long been known to be nothing more than a sales pitch that typically leads to a Sonoran disappointment. 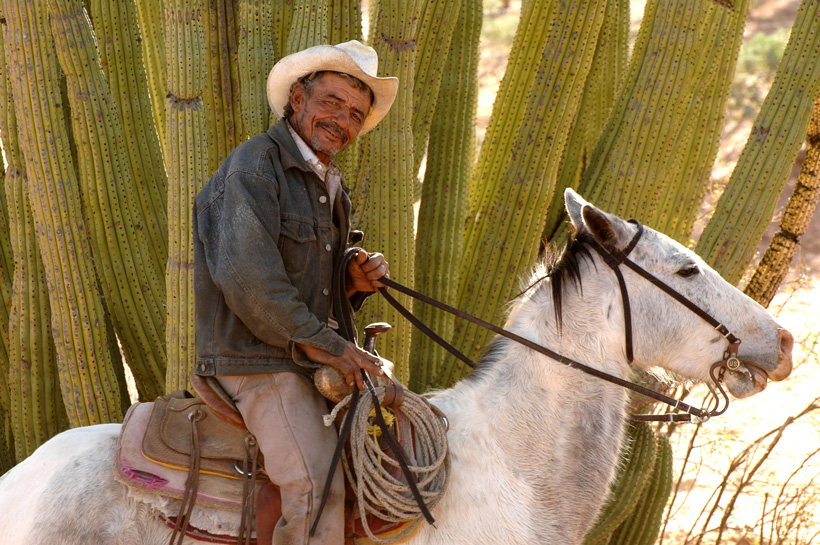 This can be a tough question to answer. Use caution because either outfitter can be a sham. A Mexican outfitter may have more relationships with landowners as well as more cooks and other staff at their disposal. The major caution to consider when hiring a Mexican national outfitter is the language barrier. Often times the outfitter himself may speak fluent English, but if he hires Mexican guides, the language barrier may quickly become a disaster. Be sure to ask the outfitter about this. Of course, there are many Mexican national outfitters that do a great job, have amazing ranches, hire some of the best local guides that speak fluent English, have the finest cooks and have trucks and equipment that function properly.

American outfitters are some of Mexico’s best and, unfortunately, some of its worst as well. Many American operators provide guides that are also American. This can be comforting because the language barrier is gone and the guide understands what to look for in a buck and is less likely to encourage a hunter to shoot at an animal that does not make a good trophy.

It is crazy how broad the range is, but it is Mexico!

Regardless of the nationality of the outfitter, it is important to get a list of references and call every single one. We cannot stress enough how critical it is to do your own research and homework during this important selection. Try to select an operator that has been in the business long enough to have all of the issues worked out. There have been cases of hunters traveling to Mexico and harvesting a trophy that their outfitter did not even have a valid tag for. In this case, the hunter is left without his horns or antlers and is forced to chase the outfitter in court as long as he is an American outfitter. Do not book without calling several references first.

What kind of hunting styles and accommodations are typical in Mexico? 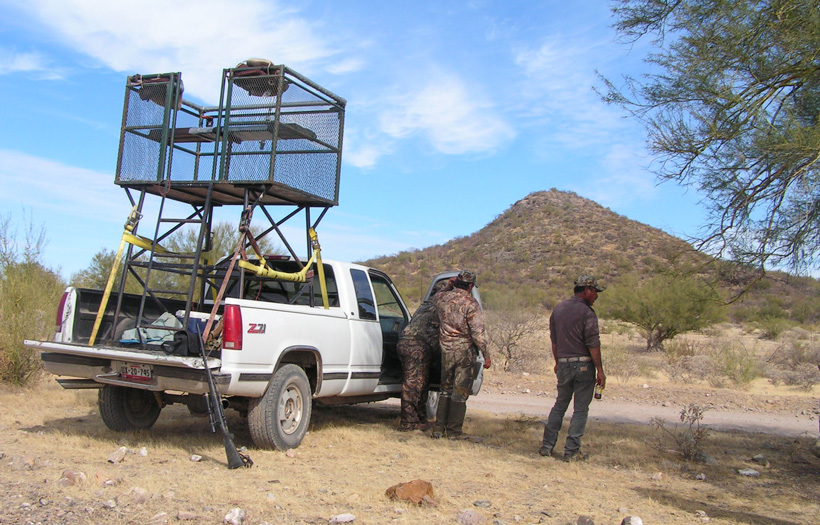 Mule deer hunting in Sonora is found exclusively on the desert floor among long sweeping arroyos with cholla patches, mesquite trees and palo verde trees. The majority of the mule deer ranches are very flat with only a few isolated hills or ridges that allow for effective glassing. Most successful mule deer hunters use high rack platforms atop vehicles for riding through the desert floor. From the high rack you can travel throughout the ranch and gain visibility into the desert canopy. Many bucks are shot directly from the high rack.

Coues deer are hunted on ranches that are found in both the higher oak-covered mountains as well as the desert ranches. The Coues deer found on desert ranches often coexist among the mule deer and also inhabit the small isolated desert mountains. Big Coues deer can be found on both types of ranches, but the mountain ranches are typically a more enjoyable style of hunting since the rolling topography allows for a more traditional style of hunt over the high rack on the desert floor. The single most valuable feature that makes Mexico so attractive to Coues deer hunters is the fact that you can hunt with a rifle during the month of January. In fact, some desert ranches have an option for an extension to be filed that allows for hunting during February. Rifle hunting during the peak of the rut in January and February is not found anywhere north of the border. 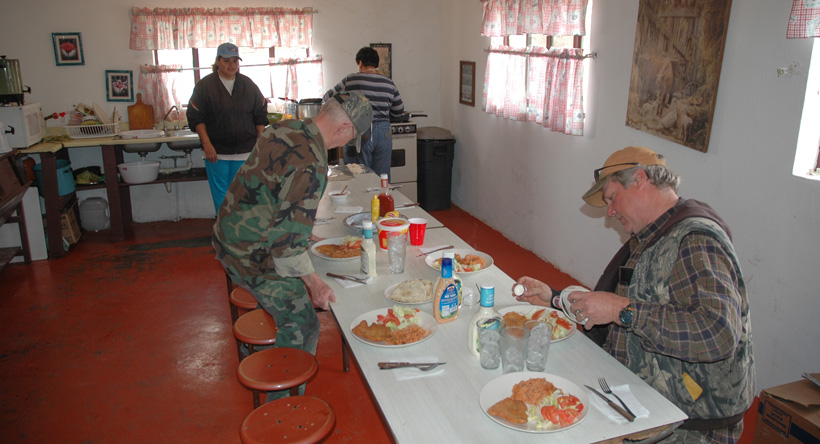 Most ranches have houses available for hunters to lodge in. A good outfitter will make sure that the house is fully functional with all the comforts of home. Combine this with some of the most authentic Mexican food you have ever eaten and you will have one of the most enjoyable hunting environments available.

Unfortunately, the reality is that Mexico has an increasing amount of high-fenced hunting ranches. Over the last decade, the enclosures have circled some ranches to keep the quality bucks from wandering off onto a neighboring ranch and getting harvested by a competitor. Outfitters and landowners both know the value of deer and many ranches now have breeding stock or even purchase bucks with particular genetics. Luckily, a large majority of Mexico is still free range. During the rut it is not uncommon for a big mule deer buck to wander ranch to ranch in search of the right doe. This can be incredibly exciting when you are hunting a ranch with a lot of does and the rut is kicking in full force. Make sure to ask your outfitter as you perform your research to determine if the ranch is free range or a high-fence pen.

Should you fly or drive to Mexico? 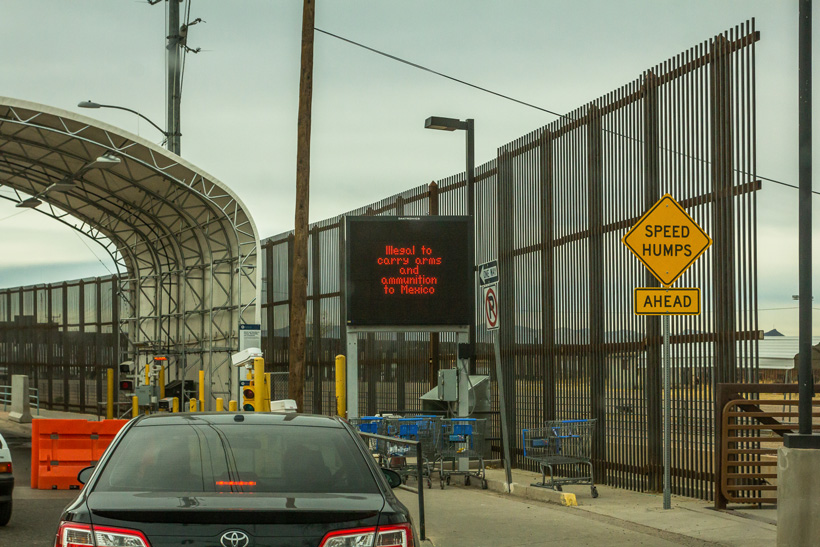 This will depend on where your ranch is located within Mexico and how far you live from the actual U.S./Mexico border. If your ranch will be a desert ranch near Hermosillo, then a flight may be your best option. If you plan to hunt a Coues deer ranch in the mountains of northern Sonora or Chihuahua, then driving is probably a better choice. Your outfitter will help you make this decision. Entering Mexico with a firearm is much easier if you fly into Hermosillo instead of driving across the border because the Mexican military process is far less hectic. If you choose to drive into Mexico, then you need to know that American auto insurance is not valid and you will need to purchase Mexican insurance for any vehicle as well as each ATV that you plan to take into Mexico. Take along a copy of your titles for each of your vehicles and ATVs as well. You will need these items in order to cross into Mexico.

Quick list of required documentation and information for traveling into Mexico

Outfitter should provide hunter with these documents for returning into the U.S. with an animal

How difficult is it to bring your antlers, cape and venison back into the United States? 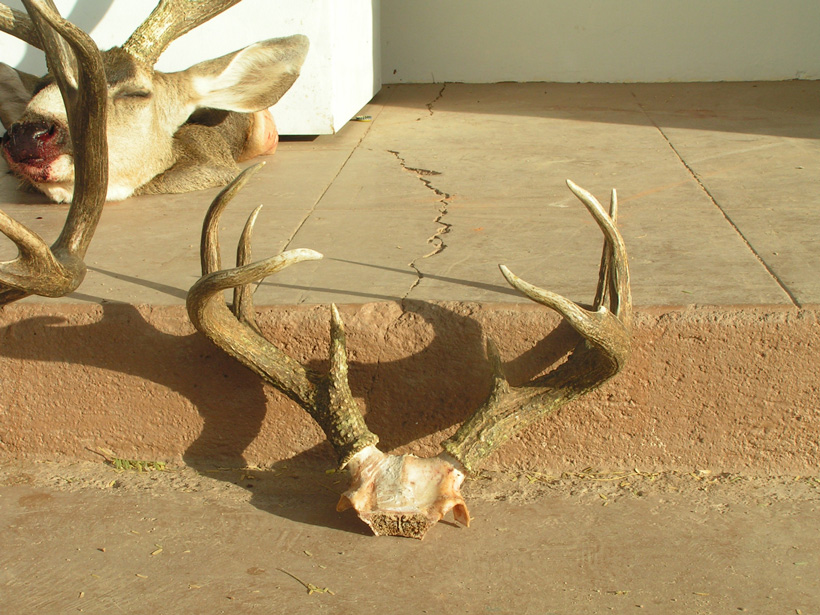 After you have experienced Mexico and if you were fortunate enough to take a buck, there is an ever-changing process of how to take your trophy back into the U.S. For years this process was somewhat easy since you could take anything that was frozen solid across the border. Freezing the cape ensured that any ticks on the cape were killed. For the last few years, this process has changed a bit. Now the U.S. Fish and Wildlife Service (FWS) requires that the cape be frozen solid after being fleshed completely, then thawed out prior to leaving Mexico. FWS now spreads the cape out to inspect it for any ticks. A cape with live ticks is not permitted to enter the U.S. The skull or skull plate should also be free of flesh and dried as much as possible before leaving. Make sure that all brains and eyeballs are removed prior to returning home. It is usually easier to boil the skull in order to do this. 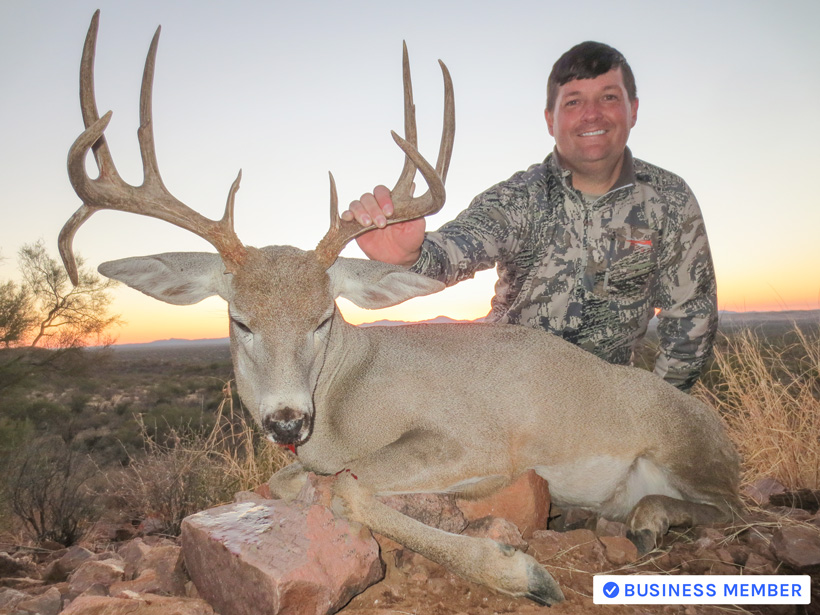 In addition to having your cape and antlers ready, you must also have proper paperwork that is signed by your landowner, your outfitter and you. A good outfitter will have all of this organized and make sure you are in good hands for this process whether you are driving across or flying out of Hermosillo.

Is there danger in hunting in Mexico? 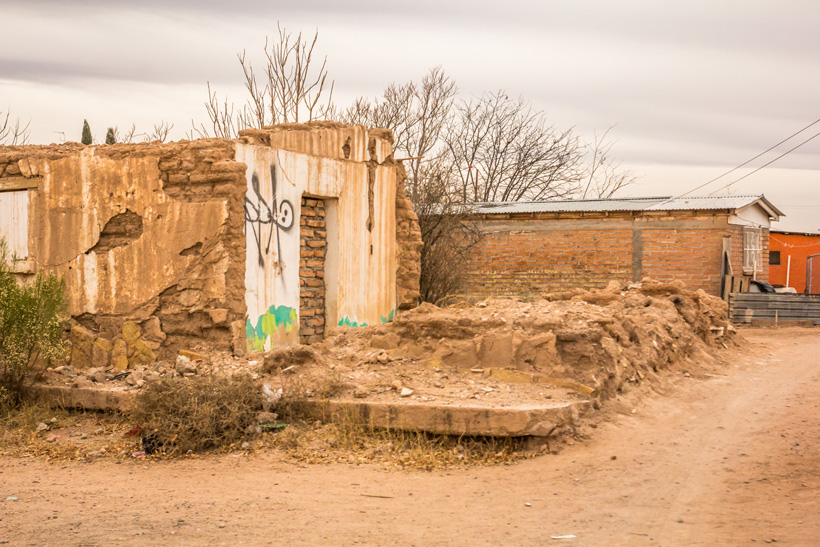 This is a tricky question. Danger exists everywhere you go, regardless of the the country. Mexico is a place that is heavily influenced by drug trafficking and the cartel. If you are smart about how you travel, then the risks are greatly reduced. Avoiding large border cities, like Nogales, is advisable since the large majority of crime takes place in areas like this. It is also advised that you travel on major roadways and only travel in daylight hours. It is recommended that you should cross the border in the morning to not only avoid traffic, but to allow more time to travel south from the border city and into your designated ranch in daylight. Traveling alone can also be a risk as well as flaunting things of high worth, such as a flashy vehicle or jewelry. If you are smart and plan ahead, you should be fine.

Is it all worth it?

Absolutely! The weather, people, wildlife, lifestyle, food, scents and scenery make everything worth it. If you live in a colder climate, then the Mexico experience in January is that much sweeter. I personally leave the blowing snow and icy roads behind and find the Sonoran desert a literal paradise in January. You quickly find yourself wearing a short sleeve shirt and forgetting the stresses of life back home. I cannot think of any other place that creates quite the same satisfaction. If you have not given Mexico a try, do yourself a favor and add it to your bucket list. Be careful because you rarely find someone that has only hunted Mexico once. ¡Espero que tienes mucha suerte y éxito!