How to afford your dream moose hunt 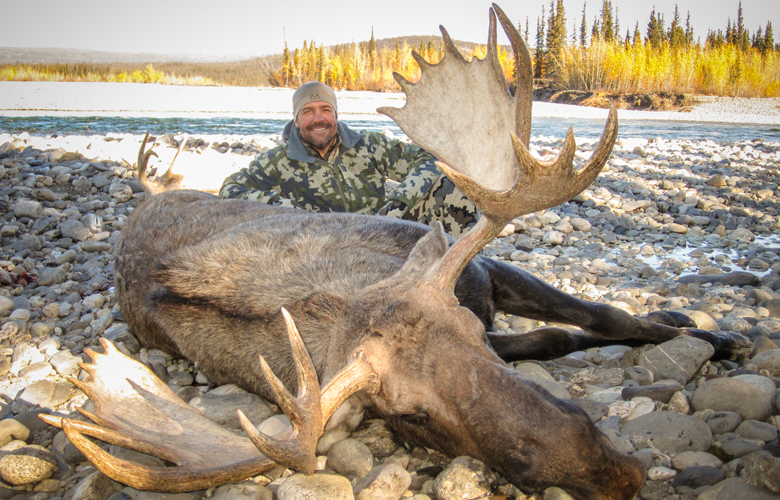 We all have a bucket list of hunts that we hope to go on one day. Unfortunately, many of these hunts end up getting pushed back due to high costs. They often move from the bucket list to a pipe dream. With some creative planning and research, there are ways to make those out-of-reach hunts a very real financial possibility.

Many hunters venture to Alaska or Canada in search of Alaska-Yukon moose. This subspecies of moose is recognized as the largest of their kind, making them highly desirable. Unfortunately an outfitted hunt typically costs between $15,000 and $26,000. Although this big price tag can intimidate many hunters, it is possible to hunt this species for a fraction of the price. 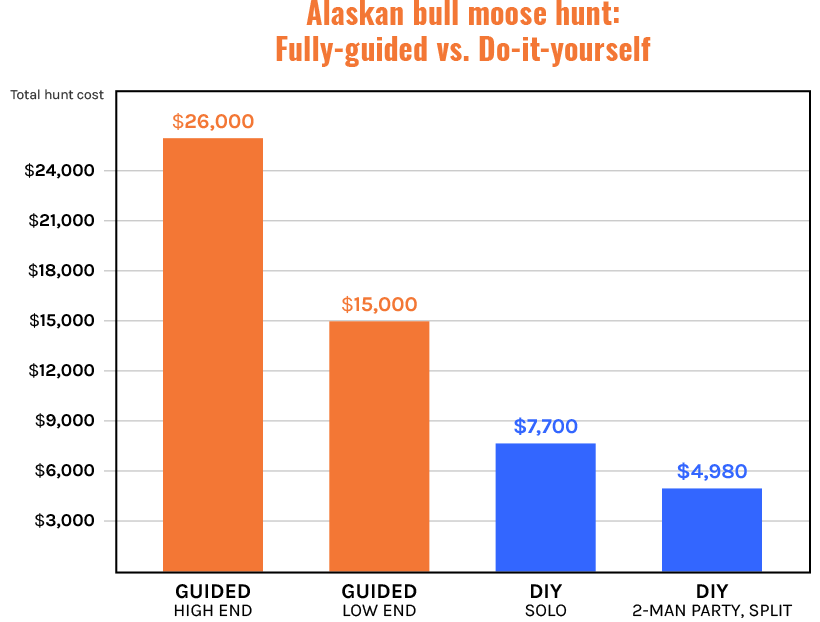 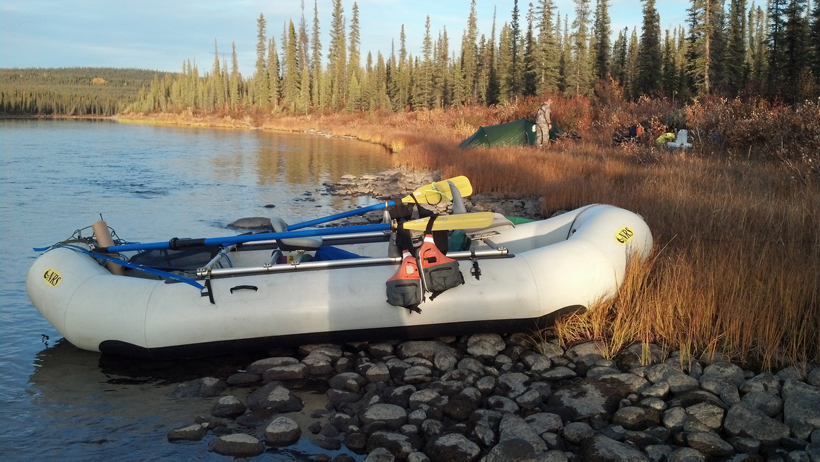 Since Alaska does not require a licensed Alaskan guide to accompany nonresident moose hunters, there are ways to quickly trim costs. My brother, Pat, and I made up our minds to head to Alaska in September of 2013. I was fortunate enough to talk with a few very helpful people that were willing to provide me with some first-hand advice on this topic. So, we decided on a do-it-yourself (D.I.Y) float trip. The first step is to determine a river system to raft and hunt. A great resource for learning about raft hunting and possible river systems is through Michael Strahan’s book, “Float Hunting Alaska’s Wild Rivers”.

Several online forums will also provide information on possible locations. Keep in mind that public chat forums are free and the information is sometimes consistent with the amount that you pay for it! Nonetheless, these two website forums are full of great tips and information on this subject: 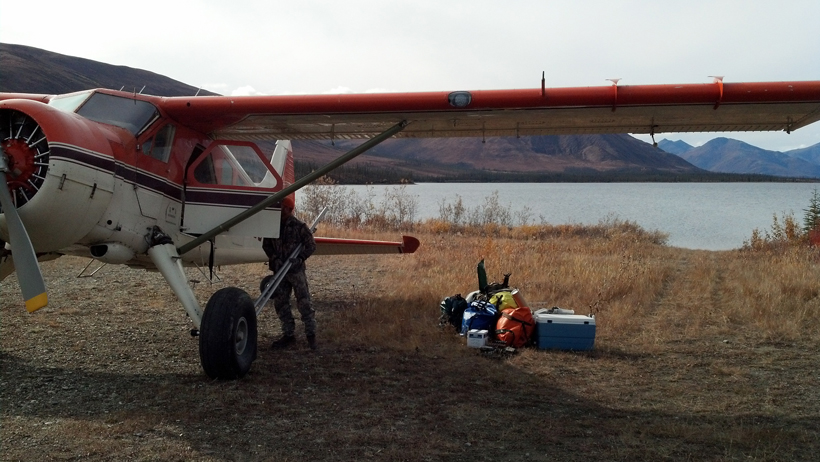 Going in a group of two to four hunters is the first step in saving on expenses. For the purpose of this writing, I will use two hunters since there were two of us on my trip in 2013. In Alaska small airplanes are the standard vehicle for transportation. Commercial airlines only carry you so far, but the small aircraft will need to be chartered to take you in and out of remote locations toward better moose hunting. Air charters charge per trip and have a maximum weight capacity. An air charter with a Dehavilland Beaver aircraft should have a weight capacity of about 1,000 pounds and can easily fly two hunters, and their gear into the bush in one flight. If one moose is harvested, then plan on two flights out. If both hunters are lucky enough to harvest, then three flights out may be necessary. Remember that each flight costs more money. The total number of bush plane flights that you will need will be determined by the river that you select to float. However, it is possible to select a river that will allow you to be either dropped off or picked up by vehicle, thus saving a significant amount of air charter expense. Packing light on personal gear and eating as many moose rib dinners along the river will help to lighten the load and possibly save a trip. Plan to secure your air charter service at least nine months to one year in advance, since they book up quickly. Coyote Air, Wright Air Service and Forty Mile Air are a few reputable services.

Commercial airfare can be a place to find decent savings. My brother discovered that if he were to get a new Alaska Airlines credit card, then he would be able to get his commercial flight from Arizona to Alaska for free. This promotion may not be available at all times, but would definitely be worth looking into. Otherwise, plan to watch commercial airline rates many months in advance to try to find a good rate. 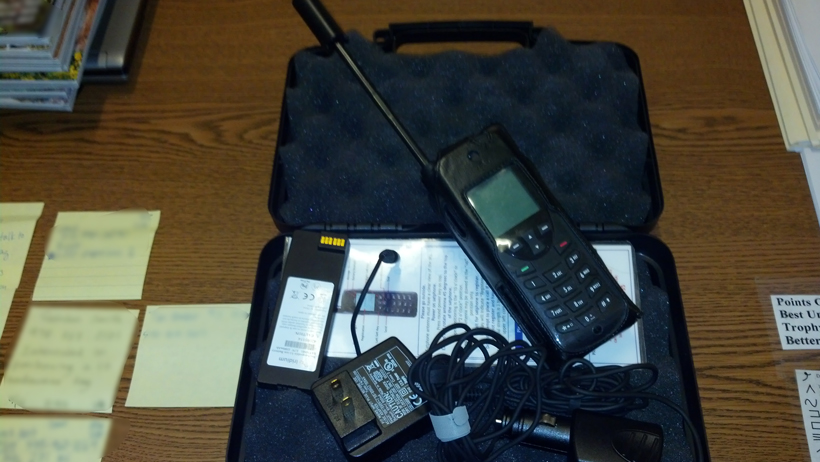 I would also recommend leasing a satellite telephone if you do not already own one. The weather in Alaska is very unpredictable, and can become dangerous quickly. The ability to contact your air charter to modify your pick up or get a weather report is extremely valuable. It was also very comforting to our families back home to hear our voices and get an update. Satellite phones have improved greatly in recent years. I like to use the Iridium line of phones because they are compact in size, have great battery life for extended trips, and offer the ability to text. Texting greatly saves on usage time, which ultimately saves on expense. There are a few different services out there for leasing satellite phones, but I chose Explorer Satellite. 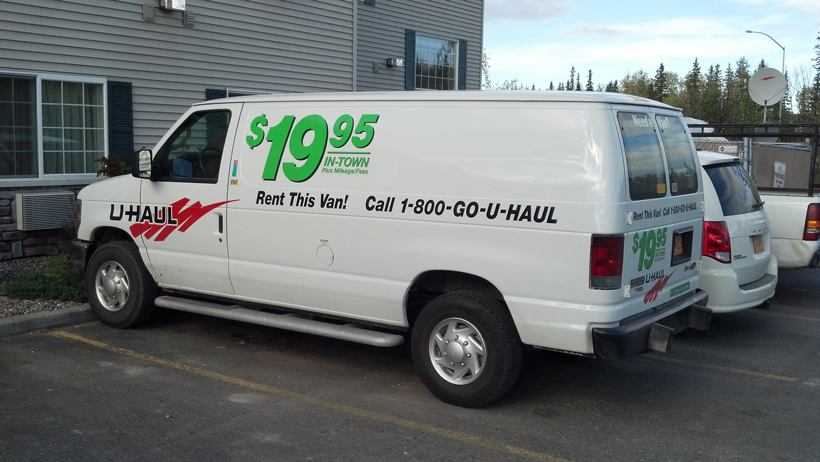 Once in Fairbanks, we rented a U-Haul van to transport our gear to and from the air charter. Our air charter flew out of a remote location in Coldfoot, Alaska which was several hours away from Fairbanks. We needed to rent this van to carry all of our gear and the rafting equipment, and to get us to Coldfoot. 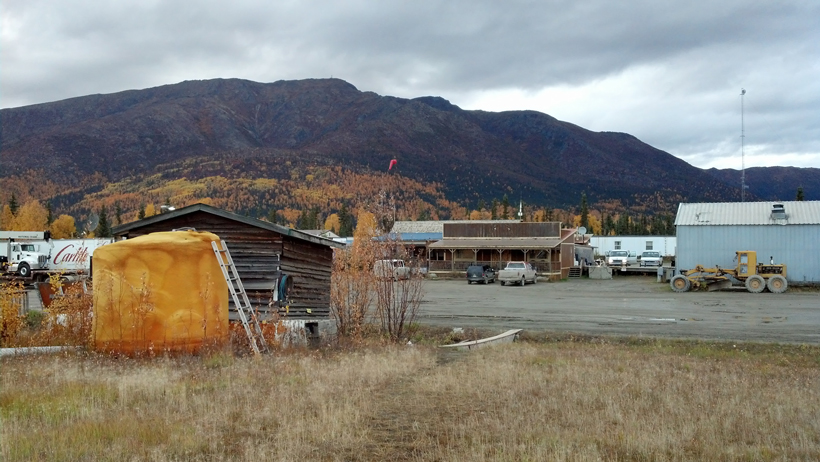 This van allowed us to have a car for shopping and running around Fairbanks for equipment pickup. The rental was reasonable, at $300 for over two weeks and approximately 600 miles. Prior to leaving Fairbanks, we purchased all of our necessary game tags and licenses from the local WalMart. 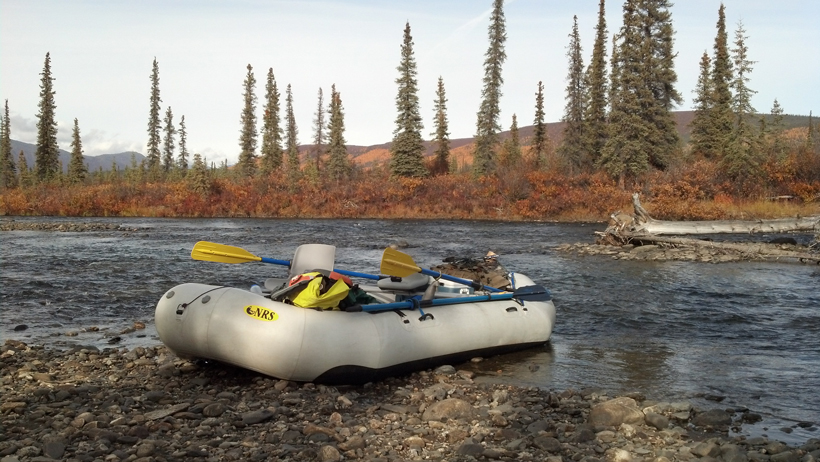 We rented our rafting equipment from Blue Moose Rafting out of North Pole, Alaska near Fairbanks. He was very friendly and had competitive rates. The quality of the gear was either new or very close to new and also took the time to show us how to set everything up and he made sure that we had every little detail covered. Moose was a great guy!

On our recent trip, we only harvested one bull. This limited the number of flights that we would need to fly from our pick up location back to our U-Haul van in Coldfoot. Since we were able to pack light with our personal gear, and also eat the entire rib cage of the harvested moose as camp meat, we flew out in just two trips. This saved us a lot of money. If we would have harvested an additional moose, then one more additional flight would have been necessary.

Once back in Fairbanks we had a couple of days to take care of processing, expediting the shipment of the cape and antlers back home, as well as returning the rafting equipment and U-Haul van. Flying commercial from Alaska to the lower 48 states limits you on how much meat you can take home. Alaska Airlines allowed me to check an oversize and overweight fourth “bag” (ice chest) up to 100 pounds for an additional $150. This was filled with frozen moose meat that I just picked up from the processor. The first bag checked is $25, and this was my large duffel with personal hunting gear and clothing, while being careful not to exceed 50 pounds. The second bag checked was another $25, and this was my gun case packed with other soft items around my rifle until I reached the 50-pound limit. The third item checked was a plastic box with wheels that we used to carry all of the cooking and camping supplies. This item was considered oversize and the cost for it to be checked was $150. Total charges for baggage back home was $350. The additional baggage costs for the trip to Alaska was also $350.

The expeditor I used was Pro Taxidermy in Fairbanks. I paid him to flesh and salt my moose cape and ship this along with my antlers to me at a later date. Total cost: $450.

An additional expense was lodging while in Fairbanks. We spent one night in Fairbanks when we arrived, and one night in Coldfoot prior to flying to the Brooks Range on our air charter. Once back in Fairbanks we had two nights in hotels prior to flying home. Our lodging in Fairbanks was at the Extended Stay America, with a reasonable price of $90 per night. The small town of Coldfoot was expensive at $175 per night, but there are no options in an area so remote. Our total lodging expense was right at $450. We felt this was fair since the cost was split in half.

The average success rate on a do-it-yourself float trip like this compared with a fully outfitted and guided hunt is generally lower. The way I see it, I can go three to four times for the cost of one fully outfitted trip. 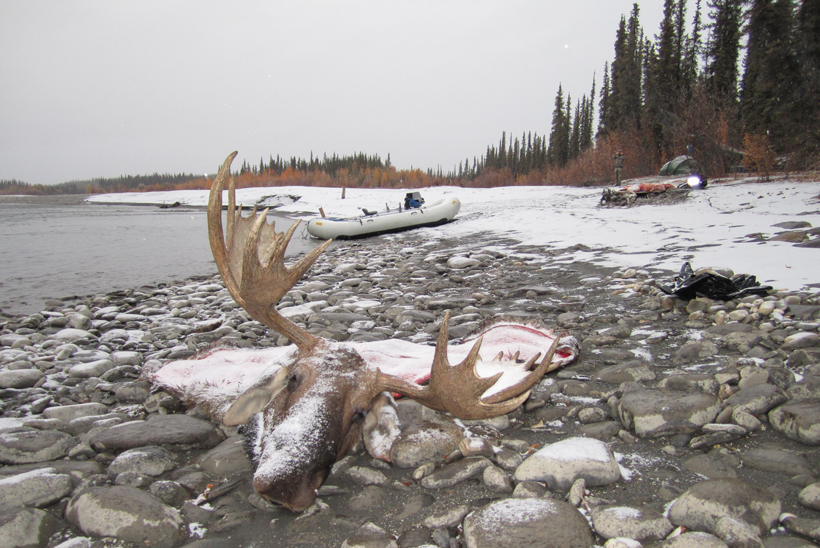 Just imagine the amount of adventure and memories the last frontier can provide!