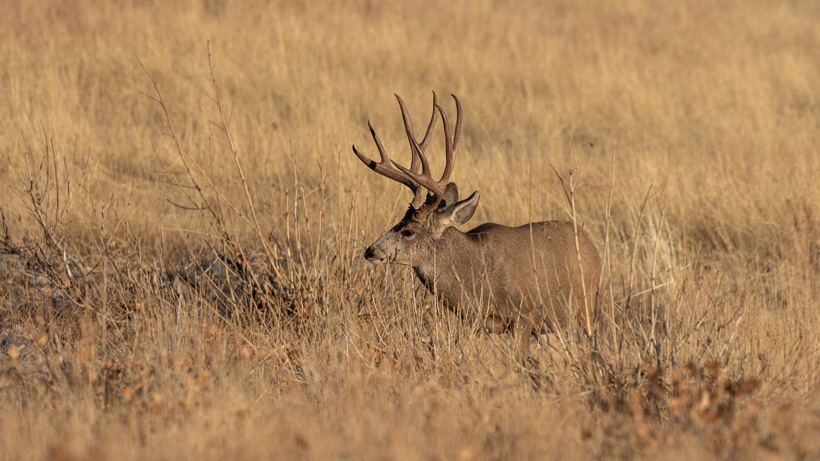 The Utah Division of Wildlife has released its proposed changes for the 2022 season and is requesting public feedback. Over the course of the next month, the five Utah Regional Advisory Councils (RAC) will meet to discuss the proposals and then provide recommendations back to the Utah Wildlife board. Once received, the board will vote on the proposals.

Comments can be submitted for any of the Divisions proposals electronically here or by attending any of the RAC or Board meetings.

DWR biologists are recommending a total of 73,075 general season deer hunting permits in 2022, which is a 950 permit decrease from 2021. The current management plan includes an objective to have just over 400,000 deer across Utah — there are currently an estimated 305,700 deer in the state. According to Covy Jones, DWR Big Game Coordinator, "The number of permits we’re proposing for 2022 will help us achieve or maintain the objectives detailed in Utah’s mule deer management plan for harvest size, animal quality and hunting opportunity.”

Overall, there are some big changes in a number of units, most notably the 60% cut in tags in the Pine Valley Unit and a large cut on the Zion unit. However, some units did see big bumps in tag numbers, the highest being on the Cache unit with 1,000 tags.

Some tag numbers changed slightly with the Limited Entry Deer Permits but overall these were pretty minimal.

Overall there were not a lot of recommended changes within the Limited Entry Bull Elk Permits but there are some notable changes in a few units. The Beaver, East unit has a recommendation of an additional 13 tags and an additional 9 going to Monroe.

There are also additional proposals to add nearly 20 tags to the September Archery hunts that were new last year.

Within the antelope seasons most of the proposals included adding tags to the hunts but a few hunts did see some minor cuts. In general, hunts should expect minimal change in odds for 2022.

2022 Once in a lifetime Permit Proposals

There were some big changes to Bison this year with a total restructuring of the units in the Book Cliffs and Little Creek areas. Overall, there was a net increase of 9 tags proposed for 2022 Bison.

There are a few changes for Moose but most of these are fairly minimal. In total, the total number of proposed tags is down 2 permits from 112 to 110.

Most of the proposed Desert Bighorn Sheep proposals are fairly minimal but there are a few big cuts. The Kaiparowits, West unit is seeing a proposed cut from 11 to 5 permits and the Zion late season, which had a total of 4 permits in 2021, is proposed to cancel.

Very few notable changes can be found in the Rocky Mountain Bighorn Sheep proposals but it is worth noting that all three of the seasons offered on the Box Elder, Newfoundland Mtn have proposed cuts with a total of 6 tags being cut from the three seasons.

Overall, most hunters will not be affected by the proposed changes, but a few are, and the changes could mean the difference between getting a tag and not. It will be interesting to watch the RAC meeting over the next month to see how the general consensus is with some of these.

Submit comments on the proposals here