Most hunters this time of year are doing something along the lines of sitting back in front of a fireplace with a hot cup of coffee, reflecting on their hunts from the past season. It is cold, gloomy, and hunting seasons are over for now. Bows are collecting dust, camo is nestled safely in a dark drawer, and the hunting boots that were left beside the back door have been stowed away on a shelf up in a closet. All there is left to do is look towards next year and try to stay warm in the process. I would imagine that's what most hunters are doing. I am not most hunters, though, and neither are my Arizona brethren. In fact, what we are doing this time of year is completely the opposite of what I just described. If you are an archery hunter in Arizona, you know exactly what I am talking about. They say Christmas is the most wonderful time of year, and I agree with that—not just because of the holiday though.

There's still plenty of time left in January to get a hunt planned!

So, what am I talking about? 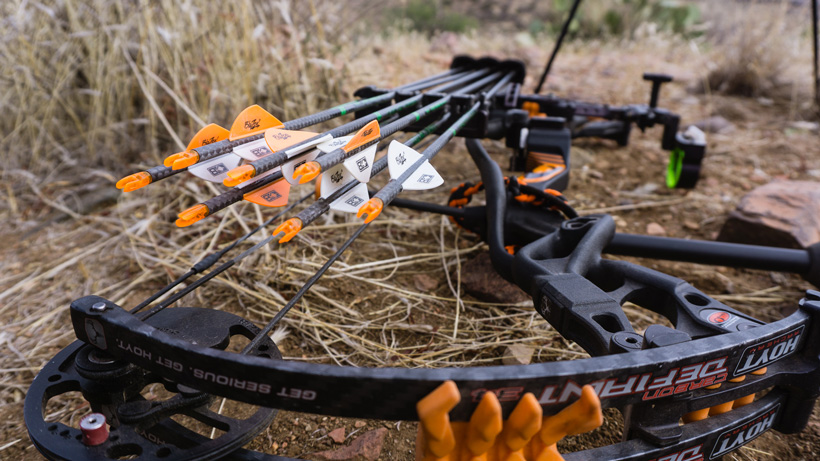 Arizona is a unique place to live and I love every part of it. One of the things that sets it apart from most places is that our deer rut much later than most of the country. Arizona mule deer typically start rutting during mid-December and Coues deer follow shortly behind them in the month of January. This is an extremely exciting time of year for us Arizona residents. Up until this point, we have been dealing with countless days over 100 degrees and probably enough sweat to fill a swimming pool. I know that sounds gross, but it's just the truth.

We look forward to our prized December and January seasons all year. Not only do we get to chase rutting bucks with our bows, but the weather is just unbeatable during these two months. While most of the country is shoveling snow, we are soaking up the rays with daytime temps hovering around 60 degrees and lows in the 30s. No more worrying about stepping on rattlesnakes or scorpions crawling up our pants. Our concern this time of year is how we are going to close the gap on that rut-crazed buck in the distance. It’s not a bad deal if you ask me. I'll take that over shoveling snow any day.

So, what's the price of admission you ask? Surely, this is too good to be true and the only way to experience this archery rut hunt is by accumulating a ton of points and scoring with the luck of the draw. I feel like we have almost been conditioned to think like that and, sadly, I believe it turns off the idea of a western hunt to a lot of folks. They feel like their dream hunt is just always going to be out of reach. That is not true, though. This tag that I speak of is over-the-counter (OTC). Surely, that is only for residents of the state and nonresidents still have to draw? Wrong! As a nonresident, you have the same opportunity that I do. You get to hunt the same units and the same deer as residents.

That brings me to another kicker. Through the month of January, most of the units in our great state are open to this season as well, which means that there is no shortage of country to choose from. You can hunt anywhere from the low flat desert up into the pine trees. Your OTC archery deer tag is also not species specific either. A lot of areas have overlapping populations of mule deer and Coues deer. Your tag is good for either species, so pick your pudding. Price of admission? A willing heart, a $160 nonresident hunting license and a $300 OTC deer tag and you will have the start of an adventure on your hands.

Using goHUNT's INSIDER research tools, you can quickly start your research to find the OTC unit that is perfect for you. Filtering 2.0 is one of my favorite tools. A quick search on late archery OTC hunts will give you a list of 57 options for mule deer and 22 options for Coues deer. From there you can filter by Trophy Potential, Public Land %, and even Harvest Success!

Josh with an archery javelina from Arizona.

On top of our ever so convenient OTC archery deer seasons, there is yet another kicker to add to the mix and I'm not spouting antler jargon. By kicker, I mean another species. Not only can you hunt mule deer and Coues deer with your bow, but if you play your cards right earlier in the year and put in for archery spring javelina, you can be hunting them as well. This tag spans most of the month of January. This means that while you are glassing for rutting bucks, you can also be glassing for javelina. These little critters are tailor-made for bowhunting and a perfect animal to chase—not only for experienced archers but also for anyone who is just getting into bowhunting. Their eyesight is not the greatest thing in the world; as long as you have the wind in your favor, hunters can usually close the distance and get into bow range. This is a great animal to hone your stalking skills on before closing the distance on that buck you've been watching. Not to mention, javelina are just plain fun to chase with a bow. So, if you are looking at planning an OTC archery deer hunt in Arizona, look out for the spring regulations beforehand and throw your name in the hat for an archery javelina tag. You might just get some wild game chorizo out of it. 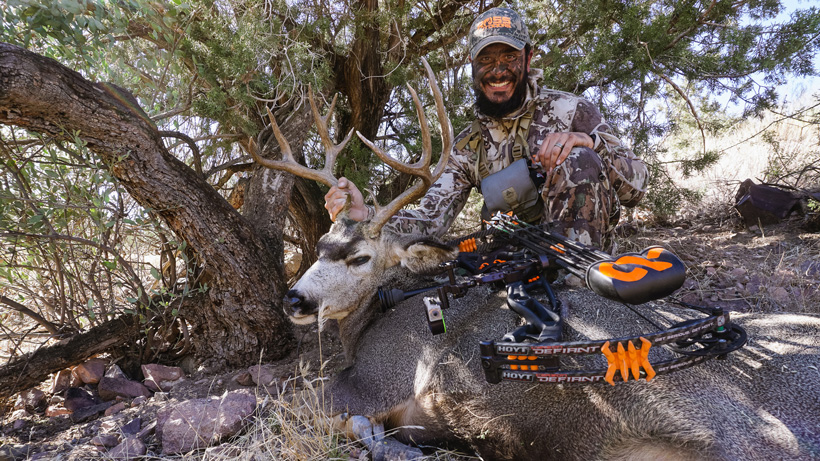 Josh took this great mule deer on an OTC Arizona tag in late December of 2017.

Every year, I have people from other parts of the country following along with my hunts via social media during December and January. They see the temperatures and the sunshine in photos I post up and almost are living vicariously through me. While their seasons are ending, mine are still continuing. Like I said above, most hunters are kicking back and staying warm this time of year. They are dreaming of last season and wishing they were still in the field. Well, with a little planning, you can make that a reality by heading down to Arizona. Your archery deer tag is not only good for the whole month of January, but good for the whole year. If you don't tag out in January, you have the options of coming back for the velvet hunt in August/September or the December hunt later in the year. On that note, if you do fill your tag during the end of December, you can buy another tag for the following month in January and tag out again if you wish! If you were so fortunate, you could literally fill a deer tag on New Year's Eve and then again on New Year's Day. 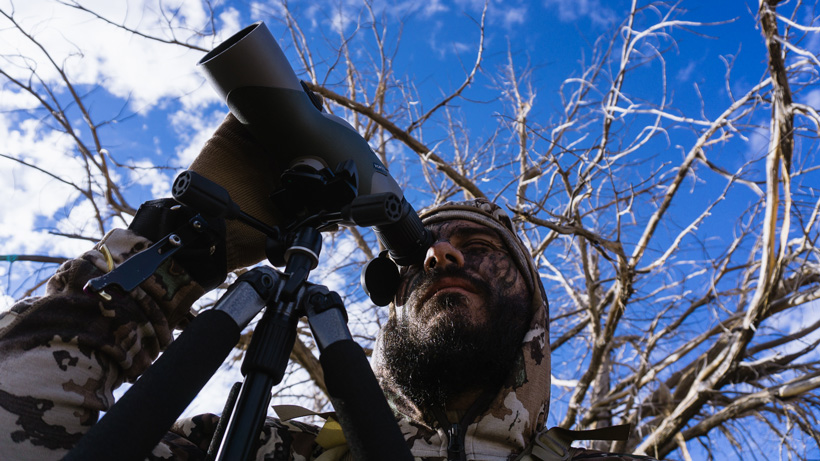 The end of hunting season is always a bittersweet moment for me, especially if I am able to fill a few tags. The second we pull the trigger, the hunt is over and it's onto the next one. A lot of times, for a lot of folks, that means next year. I don't know about you, but that's a long time to wait for an obsessed man like myself. If you are anything like me, check out the opportunity we have down here in my neck of the woods. Your season will be extended as well as your memories.