Public land obstacles and how to deal with them 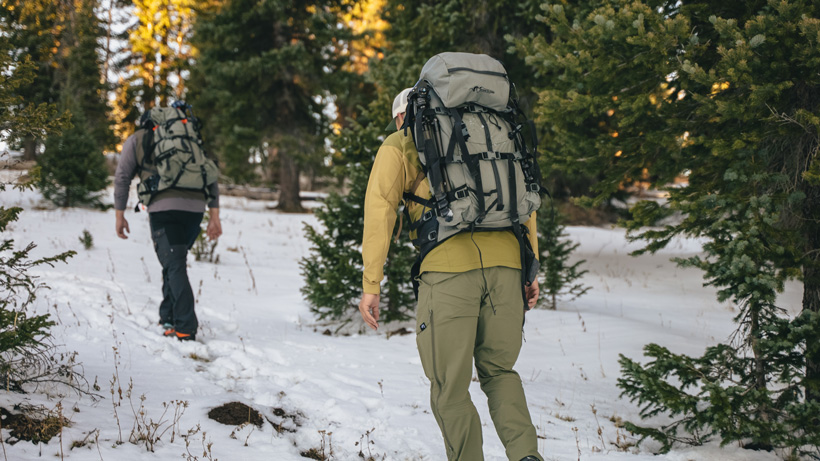 From personal experience, I can honestly say that hunting western game on public land is one of the most challenging hunting experiences you may ever undertake — and it is not because of a lack of game. In most places, there are more big game animals like elk, deer and moose than there have been in the past. The populations are better managed for stability and growth and public land is relatively abundant. The biggest reason hunting western game on public land is such a challenge is that everyone else is there to hunt it, too. After all, it is public! Though there is a lot of foot traffic on public land, there are also ways to get around it and use pressure to your benefit. Here are a few challenges that I have seen and overcome in the past decade that have allowed me to find success in some of the most overly hunted units in each state.

Too much hunting pressure

The biggest complaint I hear about hunting public land is that there are too many hunters and the pressure is too high. Time and time again, I arrive at a trailhead to hunt only to find that there are a dozen rigs there all ahead of me in the backcountry. This used to be super disheartening and made me want to go somewhere else; however, now I see it as a good sign. The first thing you need to realize is that there are few undiscovered spots left in our current hunting culture where everyone is becoming a backcountry athlete and an e-scouting expert. So when I show up to a trailhead with a lot of vehicles, I instantly think that there must have been animals here at some point in the past that keep these people coming back. I also have a theory that most people have the same hunting style, so I should run into less pressure if I hunt it differently than the majority. Over the past five years, I have found that many hunters typically fall into one of two different categories. You have the hunters who will hike back in two to three miles and then branch off and then you have the hunters who will walk to the back of the basin. Knowing this, I can surmise that the land found zero to two miles from the trailhead and the land located from three miles to the back of the basin will usually have fewer hunters and less hunting pressure. I also can surmise that the animals in the back of the basin or the two- to three-mile mark are now gone and it is my job to find where they have moved to. Sometimes this means searching smaller micro basins or hunting along escape routes. If you want to hunt in an area with high hunting pressure, figure out what they are doing and then do something different and you will be into fewer hunters and more animals. Hunting pressure can be tricky, so find ways to use it to your advantage.

Too many people in deep

Prior to 2015, I used to hike four to five miles to the back of a basin in any state and feel solitude. If I came across any other hunters, I would run into a maximum of only one or two other people. However, this has changed drastically in the last seven years due to the availability of information, public land hunting entertainment and the drive of so many hunters to be in top physical shape. Nowadays, I bump into more people in the back of a basin than I do in the front of the basin. At first, this was super frustrating, but then I started to transition my hunting style and now use it to my advantage. Animals will not stick around in the usual spots if the basin is crawling with hunters and human scent, so it is your new scouting and hunting job to find out where they might go or might be hiding. Sometimes this means these animals have been pushed up and over the top and into the next basin and sometimes they move back towards the trailhead. I have seen a lot more animals — even nice bucks and bulls — less than a mile from the trailhead. A few years ago, they were in deep, but now that hunters are in deep, too, they tend to move toward the roads.

When it comes to public land hunting, we have to deal with hunting pressure, but we also have to deal with non-hunting pressure, especially when you are hunting within proximity to a big city. People who live out West love to spend time in the mountains hiking, running, mountain biking or just exploring. Their pressure affects wildlife movements as well. Typically, my biggest concern with recreators is to avoid areas that attract them. These could be trails heading to high points, vistas, lakes or other sites. Animals — especially trophy-quality animals — will avoid these areas during the summer and fall, so you should too. If a trail has a scenic destination on it, look at a different basin — no matter how good the terrain and habitat looks.

Overall, public lands are there for the public to use, which can cause problems for a hunter hoping to chase unpressured animals. Unless you are in a restricted draw unit, you can bet that you will see other hunters and recreators using the lands. Use this to your advantage and overcome any obstacles they might cause. Instead of being one of the hunters who hunt in a predictable way, think outside the box and find more animals — even when there are a dozen trucks at the trailhead.