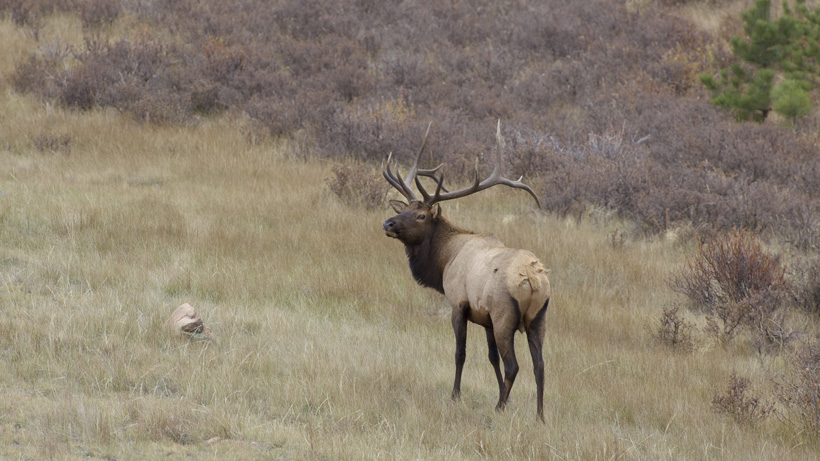 CWD has become more prevalent in certain areas of Idaho and the IDF&G has recently made some changes to the season structure in unit 14 where more tags will be distributed.

EHD
Five extra antlerless deer hunts in the Clearwater Region were eliminated in response to an outbreak of epizootic hemorrhagic disease in 2021.

Beginning July 1, 2022, it is legal to use mechanical broadheads and lighted nocks in the taking of wildlife during any archery season.

View important information and an overview of Idaho’s rules/regulations, the draw system, tag and license fees, and an interactive boundary line map on our State Profile. You can also view the Idaho species profiles to access historical and statistical data to help you locate trophy areas.

Idaho is one of the few unique states that does not use a formal system of preference or bonus points for the distribution of controlled hunt permits. A simple lottery system is used, which puts every applicant—regardless of time spent applying—on a level playing field. In Idaho, nonresidents are eligible to draw up to 10% of any given species controlled hunt tags (bighorn sheep raffle and Super Hunt tags do not affect this 10% allotment) although this number is not guaranteed. In hunts with fewer than 10 available tags, only one shall be issued to nonresidents.

As a nonresident, how can my odds be the same as a resident?

Not typically known for giant bulls, Idaho does offer great opportunities for hunters on either over-the-counter (OTC) tags or controlled hunts. Opportunity is widely available throughout the state for anyone willing to work for it; however, the best conditions, trophy potential, and even the dates are found within the controlled hunting opportunities. Some units feature both controlled and OTC hunt options — a fact that needs to be watched closely to stay legal, but can also play big into your favor when it comes to backdooring some mature bulls.

As stated earlier, Idaho does not typically offer the trophy potentials for bulls that are found in some of the surrounding states, but it does have a ton of opportunity for those willing to work for it. Herds found in the northern half of the state are continuing to struggle, primarily due to predation; however, the rest of the herds remain strong. The 2021/2022 winter did see some snowstorms, but the effects of these were fairly short lived and will not make an impact on calf recruitment. With the current drought situation in the West, many of us are anxiously watching precipitation charts and are hopeful that most of the northern states will not see any major effects.

While Idaho offers some great OTC hunting, the primary objective of this article is to take a solid look at the limited entry opportunities available for hunters. As previously mentioned, the best hunting dates and areas are generally reserved for controlled hunts. Coincidentally, these hunts generally see the highest success rates and highest rates of mature elk harvested. Idaho offers a large number of controlled hunts—most of which are season specific—and it will be important for hunters to pay close attention to their hunt codes when applying. In the below section, we take an indepth look at the best controlled hunts for Idaho elk.

Because the archery seasons traditionally fall in line with the September rut, anyone holding one of these tags can be in for a great hunt. Drawing these tags can be a long shot, but the hunting experience can create lasting memories for life. There are only a handful of archery only controlled hunt areas in Idaho and most of these are centered around the southwestern corner of the state. Here, hunting pressure is regulated enough that bulls can grow to great sizes.

Idaho is very strict with their muzzleloader laws and really restricts hunters with any type of modern technology on their firearm. Because of this, many hunters tend to shy away from these tags even though season dates can be prime for harvesting mature bulls. Good drawing odds can be found across the board for these. This can be an excellent option for someone to consider if they are willing to put in the extra effort required.

As the most popular weapon of choice, the rifle seasons for Idaho elk will see some steep odds, but also have the widest variety of opportunities. Idaho offers both early and late rifle hunting opportunities with the early hunts generally occurring around the tail end of the rut while the late hunts are more primarily focusing on migratory elk. Good opportunities can be found with both tags although hunting conditions can be tough during the late hunts.

With the lack of any formal bonus or preference point system, applicants in Idaho will never be rewarded for their length of application for any given unit; however, the playing field is level for everyone. Under this system, your name could be drawn for the tag of a lifetime during any application. Establishing your goals and aspirations for Idaho early in your strategy will be key to ensuring that you draw your most desired tag. With the sheer amount of controlled tags available, most hunters can likely find a hunt with decent odds to suit their needs.

While struggling some in recent years, Idaho has been historically producing good mule deer bucks for years. Recently, herds have struggled to maintain healthy levels but moderate winters have been helping; however, good, solid hunting can still produce some incredible bucks. Most of the OTC hunts take place in October — before the rut — with the best hunting dates saved for those with controlled tags.

Overall, the deer populations have been holding somewhat steady although those found in the north have experienced some struggles. The central and eastern portions of the state experienced large winter kill during the 2016/217 winter, but reports have been coming in over the last year that the numbers of mature bucks have been slowly returning and fawn numbers have been looking great.

Some incredible opportunities can be had through hard work on the OTC tags; however, it’s not a surprise that the best dates and largest bucks are routinely found during controlled hunts. A huge array of hunts are offered in Idaho with weapon selection being the biggest limiting factor that applicants will need to first consider. In the following tables, we are going to look at some of the best hunts to consider based on each weapon type for 2022.

While muzzleloaders are extremely regulated in Idaho, hunters can find great opportunities if they are willing to put up with the limitations. Most of the muzzleloader controlled hunts take place during the mule deer rut and will provide hunters excellent opportunities to look over a number of bucks.

As the most popular weapon choice, the controlled rifle season hunts will generally carry the lowest odds for applicants. Most of the rifle hunts take place in or around the rut with many extending throughout the duration of the rut. The draw odds are steep, but these seasons will generally provide the best opportunity for trophy bucks in Idaho.

With the lack of any formal bonus or preference point system, applicants in Idaho will never be rewarded for their length of application for any given unit and the playing field is level for everyone. Under this system, your name could be drawn for the tag of a lifetime during any application. Establishing your goals and aspirations for Idaho early in your strategy will be key to ensuring that you draw your most desired tag. With the sheer amount of controlled tags available, most hunters can likely find a hunt with decent odds to suit their needs. Additionally, the OTC hunts in Idaho can be great options to look at!

Along with mule deer, hunters will also have the opportunity to hunt whitetail deer nearly statewide. Most of the whitetail hunting is conducted through general tags and hunters can find some exceptional bucks — particularly in the panhandle. Additionally, many of the general tag options allow hunters to hunt whitetail during the rut with rifles. You can find more information about whitetail options on Filtering 2.0.

Idaho has a smaller, but healthy population of antelope. Trophy potentials and generally lower than some of the surrounding states but some great bucks are taken in Idaho every year. Archery hunts typically offer the best chances for securing a tag and harvest statistics are still fairly high among these. Along with archery, hunters will also have the chance to apply for muzzleloader and rifle hunts. One caveat with antelope hunts to keep in mind is that ​​any person drawn for a controlled antelope hunt (including either sex and doe and fawn) is not eligible to apply the following year for any controlled pronghorn hunt.

*2018 horn length data seemed to have incorrect values from the state. IDFG reported three 0" buckhorn lengths and one buck had 1” horns. We removed those data points as those are most likely errors on the state end.

Antelope populations continue to do well in the state despite the smaller population sizes. The winter of 2021/22 has proven to be fairly light but some of the existing drought conditions could cause horn growth issues for antelope. Still, hunting conditions for the 2022 season should be fairly par for the course.

Idaho has a good number of controlled hunt options for antelope for applicants to consider. These can be primarily broken down into categories based on weapon type. The best success rates will be found with the rifle hunts; however, draw odds for these are often steep. Archery hunts carry the best odds, but the hunting is obviously more challenging.

The best draw odds will almost always be found with the archery seasons. In addition, several of the hunts have an unlimited tag quota. Most of the hunts begin a few weeks ahead of the general big game archery seasons and can provide a great opportunity to shake off the cobwebs for your fall. As a bonus, some of the season dates extend through the antelope rut, which can be an incredibly exciting hunt.

Archery hunts with unlimited quotas can only be listed as your first choice only.

*Unlimited permits available for this hunt

Idaho only offers a handful of opportunities for muzzleloader antelope, but some great opportunities can be had. Most of the seasons begin towards the tail end of the rut, but some do afford hunters the opportunity to chase bucks during the peak of the rut.

By far, the best odds for success at a mature buck will be found with the rifle season. As stated, draw odds are steeper with these hunts than those found during the archery or muzzleloader seasons. For the most part, these hunts take place during the dead period between the end of general archery and the beginning of general rifle for most species. This can be a great time to get out with a bonus tag in your pocket while not detracting from any other hunts.

With the lack of any formal bonus or preference point system, applicants in Idaho will never be rewarded for their length of application for any given unit; however, the playing field is level for everyone. Under this system, your name could be drawn for the tag of a lifetime during any application. Establishing your goals and aspirations for Idaho early in your strategy will be key to ensuring that you draw your most desired tag. With the sheer amount of controlled tags available, most hunters can likely find a hunt with decent odds to suit their needs. Archery hunters might consider the units with unlimited quotas for a guaranteed hunt every fall while rifle hunters may need to settle in for a long wait on their desired tag.